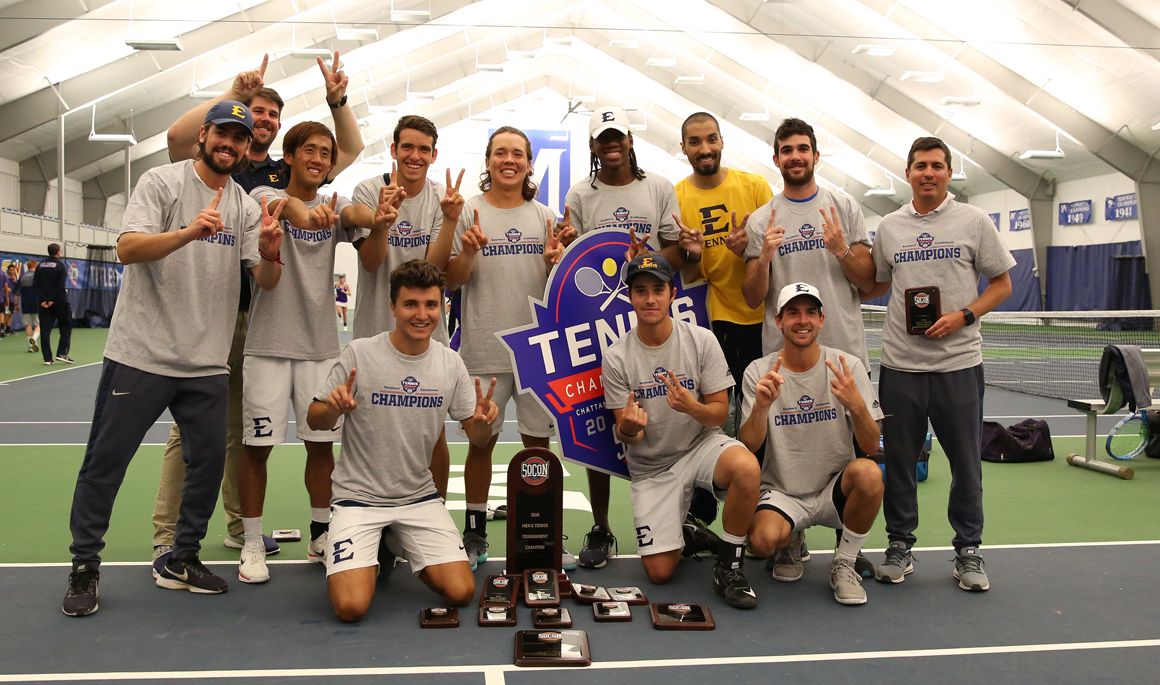 COLUMBUS, OHIO (May 10, 2018) – After clinching its 12th straight appearance in the NCAA Tournament, the East Tennessee State men’s tennis team will head to Columbus, Ohio to square off with No. 3 Ohio State in the first round of the NCAA Tournament on Friday, May 11 at 1:00 p.m.

Ohio State is 6-0 all-time against ETSU, including 2-0 in the NCAA Tournament. The last time both teams met in the tournament was in 2012 and previously in 2009.

ETSU heads to the NCAA Tournament for the 12th straight season and has an overall record of 16-7 and finished a perfect 7-0 in Southern Conference play. The blue and gold are currently on a four-match winning streak and seek their first NCAA Tournament win since defeating Alabama, 4-2 in 2010.

Leading the way for the Bucs is Sergi Fontcuberta (Barcelona, Spain) who heads into tomorrow’s match with a 17-4 record in singles. Fontcuberta was crucial during ETSU’s SoCon Tournament run and was named the Most Outstanding Player at the Southern Conference Tournament. Fontcuberta also has a perfect 7-0 record in doubles when paired with David Gonzalez (Barcelona, Spain). Gonzalez has been impressive in singles action, holding a 15-2 record. Senior Robert Herrera (Barcelona, Spain) will also lead the Bucs with a 15-6 record at the No. 1 singles spot. Herrera has proved to take on some of the top ranked opponents.

Ohio State is ranked third in the nation after posting an overall record of 29-2 and 11-0 in Big Ten action. The Buckeyes claimed their 13th straight regular season crown and their 13th Big Ten Tournament title. During the regular season, they won eight matches against top-15 ranked teams.

This will be the 19th time the Buckeyes have been selected by the NCAA with an overall record of 48-18 and their best finish coming in 2009 as the runner-up. Ohio State has been selected to host the first and second rounds for the 13th straight season and never lost an NCAA match in Columbus. The Buckeyes have five Oracle/ITA ranked players in No. 6 Mikael Torpegaard, No. 41 JJ Wolf, No. 92 John McNally, No. 96 Kyle Seelig, and No. 112 Martin Joyce.

The winner will advance to play the winner of the match between Kentucky and Virginia Tech on Saturday, May 12th at noon.

Admission to the 2018 NCAA Men’s Tennis Tournament First and Second Rounds at the Ohio State Outdoor Varsity Tennis Center is free. Parking in the Woody Hayes Athletic Center Lots will be free for the event.