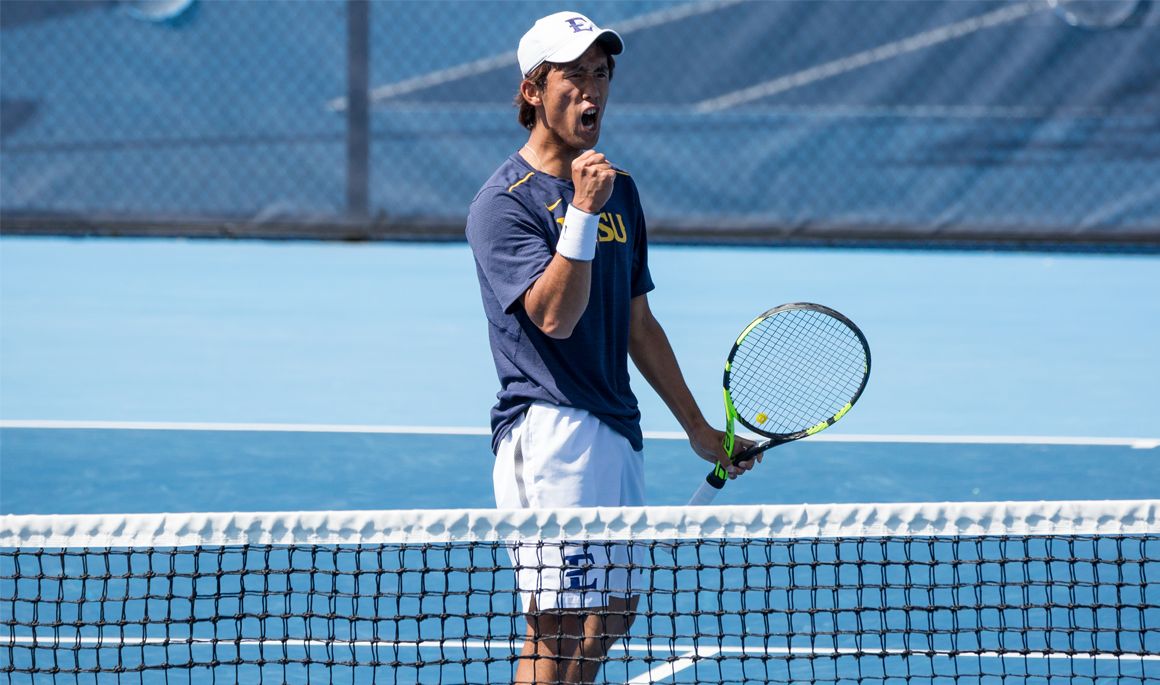 The Bucs are coming off a 16-8 record in 2017-18, including a perfect 7-0 mark in the Southern Conference. Under head coach Martin Stiegwardt, ETSU dropped just two of 14 matches in the SoCon tournament on the way to a 12th consecutive conference championship.

The Bucs’ first match of the day will be at 8:00 am, when freshman Adam O’Shannessy (New South Wales, Australia) – seeded 14th in Division II singles – opens against Carver Avant of Mercer. Elsewhere in the Division II draw, Chris Mikrovas (Athens, Greece) meets Robin Moeller of Georgia College at 9:00 am, Mark Papadopoulos (Sydney, Australia) takes on Riku Kubota of Tennessee Tech at 10:00 am, and Taisei Miyamoto (Chiba, Japan) goes against Chase Bernstein of Virginia Tech at noon.

The singles draws play second-round matches beginning Friday afternoon. The round of 16 is Saturday, with the quarterfinal and semifinal rounds on Sunday. The finals matches are set for Monday.

The Bucs send out four doubles teams beginning Saturday morning. At 8:00 am, Miyamoto pairs with Juan Lugo (Maracay, Venezuela) for a match against Mike Kosonen and Sergio Valinotti of Georgia Gwinnett. O’Shannessy teams with Frazier Rengifo (Cali, Colombia) for a matchup against Harvey Maughan and Juan Sebastian Osorio of Kennesaw State at 9:00 am.

The duo of Gonzalez and Fontcuberta is seeded 6th in Division I and gets a first-round bye. They’ll met a yet-to-be determined opponent at 11:00 am.

In the Division II draw, Papadopoulos and Miguel Este (Caracas, Venezuela) are seeded 8th and get a bye into the second round. They’ll take the court at 10:00 am.