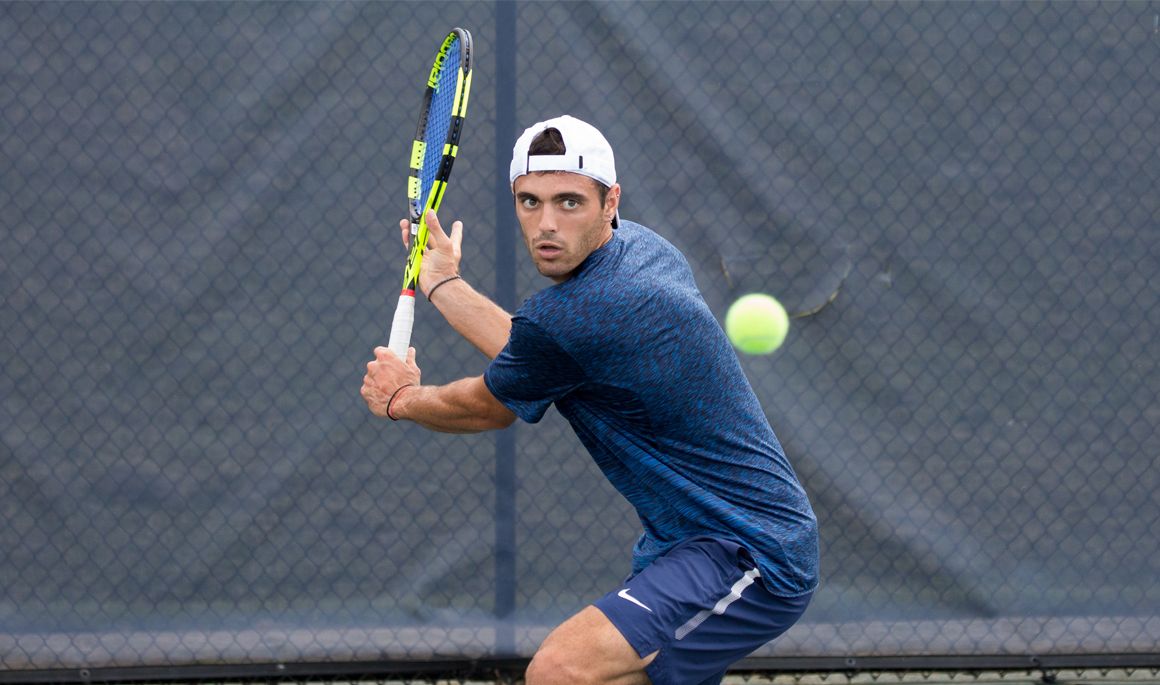 Four Bucs competed in both singles and doubles

CHATTANOOGA, Tenn. (Sept. 14, 2018) – On day one of the Chattanooga Collegiate Clay Court Championships, the ETSU men’s tennis team was represented by four Bucs who played in both singles and doubles action.

Up first was Miguel Este (Caracas, Venezuela) who took on Southern Conference foe, Pablo Llebeili from Chattanooga to earn a 6-0, 6-4 win. Este moved on to play Giovani Pasini from UAB, but fell 6-6, 6-3.

Taisei Miyamoto (Chiba, Japan) picked up two wins on day one. He first defeated Andy Romero from Troy 6-2, 6-2 and then went on to beat Wenceslao Albin from TTU in a tight battle of 6-4, 7-6, 1-0 (8). Miyamoto will play another opponent from Troy, Pelaya Antuna tomorrow.

Mikrovas and Papadopoulos fell to Chattanooga’s Plaisted and Kuroki 6-2. The duo earned a bye in the loser’s bracket and will take on Troy’s Antuna and Romero when play returns tomorrow.

The Bucs will return to action tomorrow, Sept. 15, at the Chattanooga Collegiate Clay Court Championships in Chattanooga, Tenn.