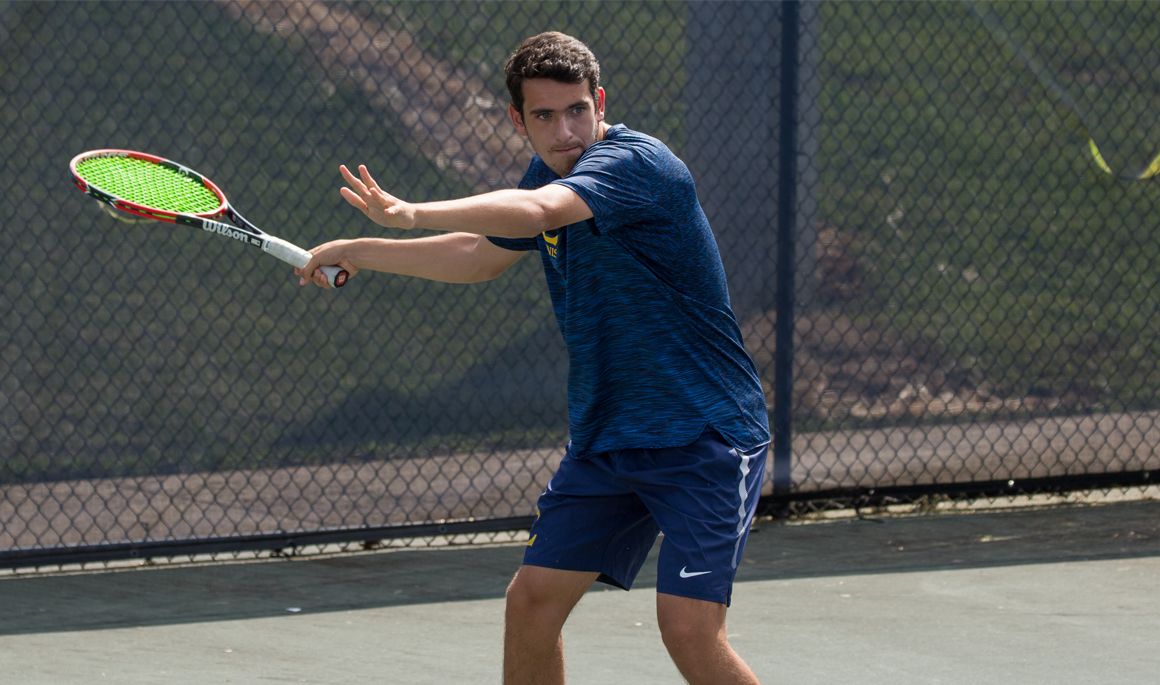 Taisei Miyamoto (Chiba, Japan) also played in singles today. He fell 6-3, 6-3 to Pelaya Antuna from Troy, but bounced back and won 6-3, 6-0 against UAB’s Giovani Pasini. He will play TTU’s Lucca Silva tomorrow.

Lastly Mark Papadopoulos (Sydney, Australia) had two wins on the day. He defeated Antoni Selma from Troy 6-4, 7-6 and then defeated Chattanooga’s Jacob Marshall 6-2, 6-3. Papadopoulos played his third singles match of the day, but fell 7-6, 6-4 to Tom El Safadi from UAB.

In doubles action, Este and Miyamoto fell to Taylor and Pallares from Memphis 6-4. The pair will take on UAB’s Janko and El Safadi tomorrow.

Mikrovas and Papadopoulos also were defeated by Troy’s Antuna and Romero 6-4. They will play tomorrow against Chattanooga’s Long and Llebeili.