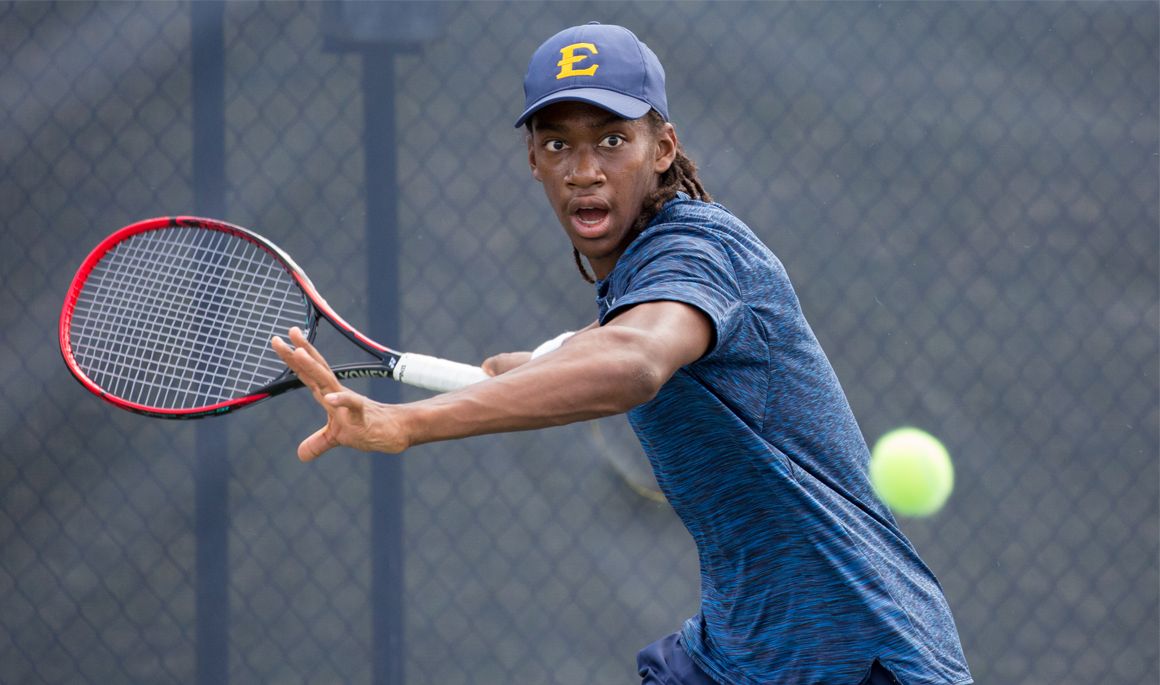 COLUMBIA, S.C. (Sept. 21, 2018) – The ETSU men’s tennis team played in their third fall invitational, as six Buccaneers kicked off action at the Gamecock Fall Invite. All six Bucs played in both singles and doubles.

Sergi Fontcuberta (Barcelona, Spain), Frazier Rengifo (Cali, Colombia), and David Gonzalez (Barcelona, Spain) represented ETSU in the Flight A singles. Fontcuberta kicked off action first, after taking on UNC’s Mac Kiger, but fell 6-4, 6-2. He then played Kaya Gore from Miami and won 6-2, 7-5. Fontcuberta will play No. 7 Brian Cernoch from UNC tomorrow in round two of the loser’s bracket.

Rengifo went 1-1 on the day in singles. He first picked up a win over MSU’s Gregor Ramkskogler 6-3, 6-4, but was defeated by No. 10 Francisco Bastias from Miami 7-5, 6-3. He will take on GSU’s Quentin Coulaud in round two of the loser’s bracket tomorrow.

The other three Buccaneers Of Yusuf Khamis (Cairo, Egypt), Juan Lugo (Maracay, Venezuela), and Adam O’Shannessy (New South Wales, Australia) competed in the Flight B singles. Khamis went undefeated on the day after earning wins over William Gratten Smith from Miami 6-4, 6-3, and then defeated Campell’s Raphael Calzi 7-6, 7-6. Khamis will play Beau Pelletier from South Carolina tomorrow in round three of the winner’s bracket.

Lugo fell 6-2, 3-6, 2-6 to UNC’s Ladd Hamson and then was defeated by Bailey Showers from GSU 6-1, 6-3. Freshman O’Shannessy fell 6-2, 6-4 to Gerard Sola from Campbell in round one. He will take on SoCon foe Omar Williams from Wofford tomorrow in round two of the loser’s bracket.

All six Bucs competed in doubles action as well, with Gonzalez and Fontcuberta representing ETSU in the Flight A doubles. In their first match, the duo won a long 9-8, 10-8 battle over Miami’s Aubone and Gore. They move on to round two to take on GSU’s Grinvalds and Duarte.

In Flight B doubles, Lugo and O’Shannessy fell 7-4 to ECU’s Jonker and Renones. They will play Williams and Chousa from Wofford tomorrow in the loser’s bracket.

To end the day on a high note, Khamis and Rengifo combined to defeat Miami’s Ayart and Smith 8-5 to move on to the next round. They will face Phillips and Crayder from UGA next.

ETSU fans wanting to receive Buccaneer news, score updates, in-game promotions and much more sent to their mobile device can do so by signing up for “Buc updates.” Click here to sign up today!