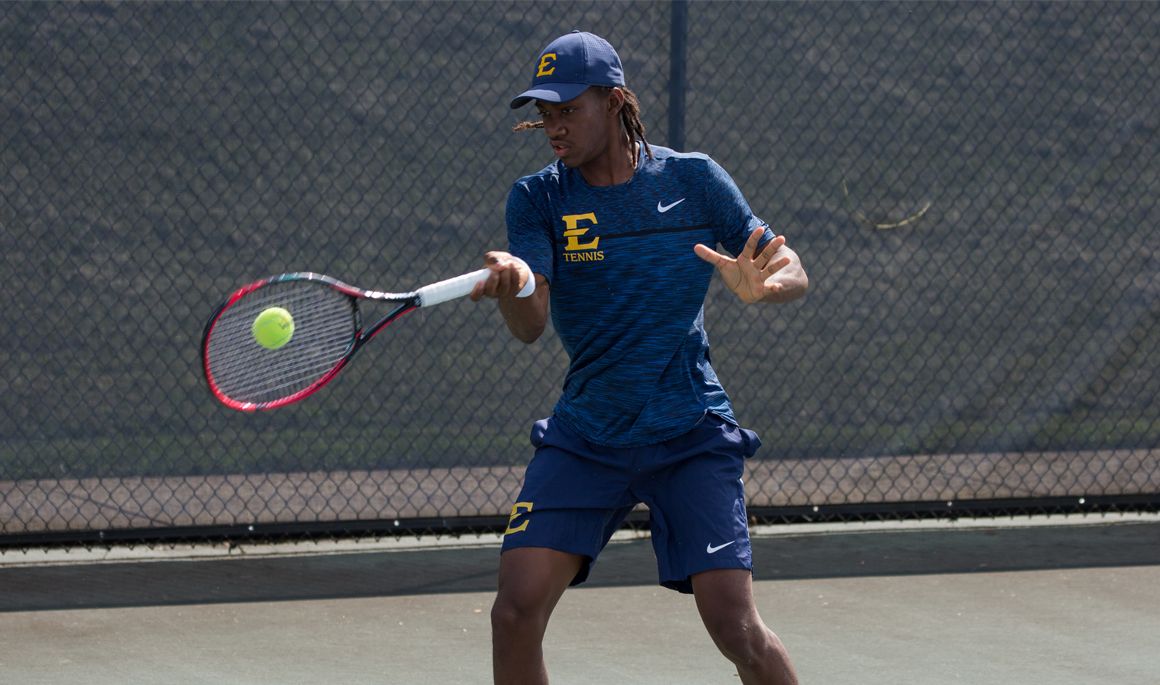 TUSCALOOSA, Ala. (Nov. 2, 2018) – The ETSU men’s tennis team picked up six wins on day one of the CCB Invitational. Four Bucs competed in singles action, while also pairing up to play in doubles.

Yusuf Khamis (Cairo, Egypt) and David Gonzalez (Barcelona, Spain) competed in the white singles draw. Khamis won 6-2, 4-6, 6-4 against Kentucky’s Kevin Humpfner. He will play Felix Ewers from Tulane at noon on Saturday. Gonzalez had a long battle over Pedro Uribe from Lipscomb. He won 4-6, 6-3, 7-6 (3) and will also play tomorrow at noon.

Two pairs competed in doubles action. In the Crimson doubles draw, Fontcuberta and Gonzalez combined and earned two wins. They first defeated Petrovic and Rebol from Samford 8-3 and continued to move on to defeat Alabama’s Ortiz/Zhou 8-4. They will return to doubles action on Sunday, Nov. 4 at 9:00 a.m. Khamis and Rengifo went 1-1 on the day as a duo. They were defeated by Lapraille and Serrano of South Alabama 8-7 (5), but then defeated Belmont’s Briggs and Faulkner 8-7 (3).

The Bucs continue to play in the CCB Inviational tomorrow, Nov. 3 with singles matches beginning at noon.