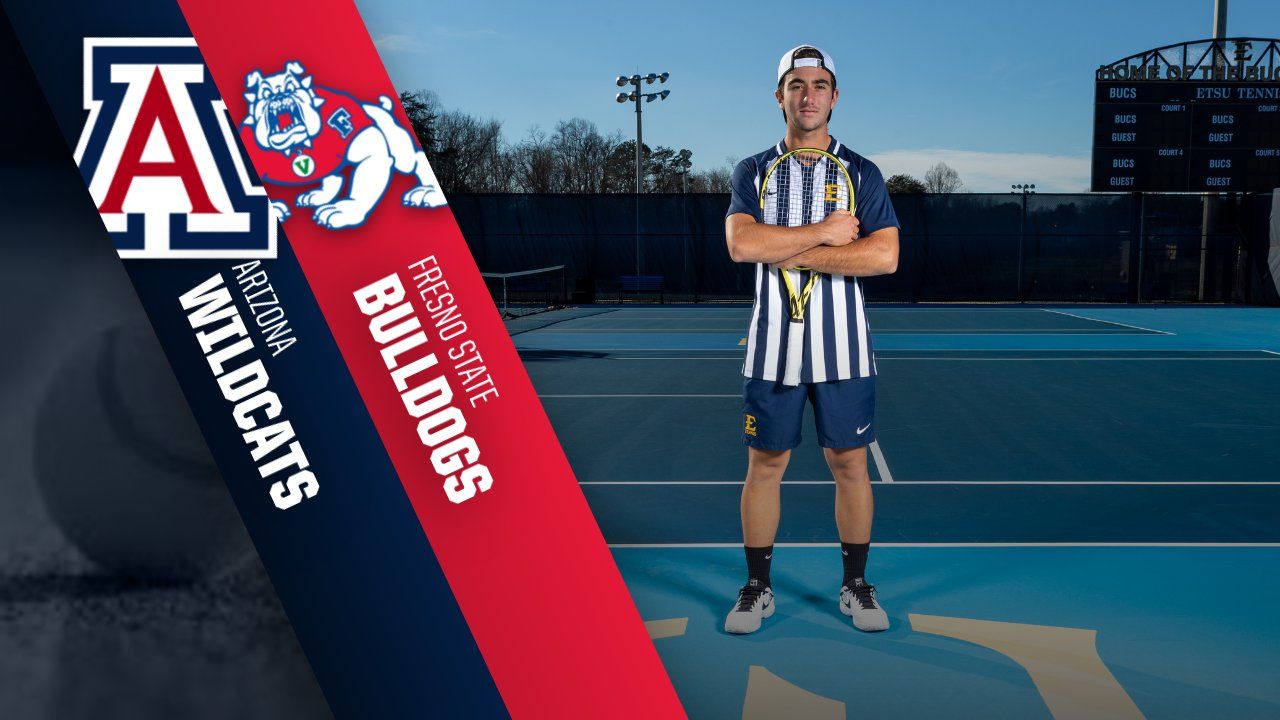 Bucs gear up for two matches in Arizona

The Bucs are 3-2 overall and have a 1-2 record on the road. In the latest Oracle ITA Collegiate Tennis Rankings, Chris Mikrovas (Athens, Greece) and Juan Lugo (Maracay, Venezuela) were ranked 59th in doubles. The duo has a 3-2 record at the No. 1 spot. As a team, the Bucs are 7-5 in doubles and 21-9 in singles. ETSU is led by sophomore Frazier Rengifo (Cali, Colombia) who is currently undefeated with a 5-0 record. David Gonzalez (Barcelona, Spain) and Yusuf Khamis (Cairo, Egypt) have a 4-1 record in singles.

Arizona enters the weekend with a 4-1 record. They won their last two matches and are 3-0 at home. Arizona has only lost two matches in singles action, holding a 10-2 record. Carlo Hassey, Igor Karpovets, and Jonas Maier all are 2-0 in singles. Filip Malbasic, Conner Olsen, and Jonas Ziverts are also currently undefeated and have a 1-0 record. The Wildcats have a 4-2 record in doubles.

Fresno State has a 5-2 overall record with their latest win coming against Cal Poly. Fresno State finished last season with a 16-11 overall record and went 5-1 in conference action. They were led by freshman Cem Erturk, who finished with a 30-8 record. Henrique Osorio and Zdenek Derkas both had 20 win seasons last year and return to Fresno State’s lineup this year.