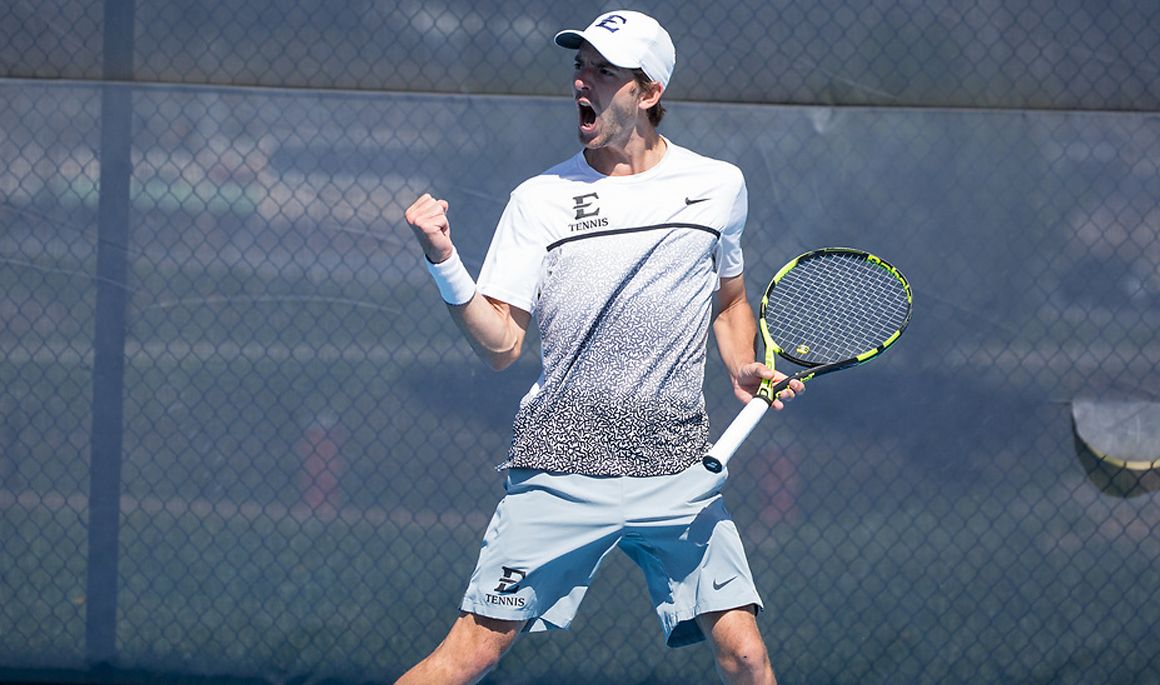 ETSU squares off with Louisiana on Saturday

JOHNSON CITY, Tenn. (March 1, 2019) – The ETSU Bucs will return home to Johnson City as the men’s tennis squad will host the University of Louisiana on March 2 at 9 a.m. The match was originally scheduled to be played at the Dave Mullins Tennis Complex on the campus of ETSU, but has since been changed to the Bristol Racquet Club in Bristol, Tenn. due to inclement weather in the forecast.

Everything about ETSU
The Bucs enter the weekend showdown with a 6-3 overall mark, having claimed three consecutive matches, including a pair of Southern Conference victories over UNCG and Wofford. ETSU is led in singles action by two-time SoCon Player of the Week, Frazier Rengifo (Cali, Colombia) with an 8-1 record. Rengifo has secured four wins in both the No. 1 and No. 2 singles slots. Yusuf Khamis (Cairo, Egypt) is second on the ETSU squad in singles wins with seven, all from the No. 4 singles position. As a team, the Bucs are 37-17 in singles play and 14-10 in doubles competitions.

Lemme Tell You about Louisiana
Louisiana is currently 14-3 on the season, having won four consecutive matches. The Ragin’ Cajuns have yet to play a true road match, but are 7-2 in contests played away from Lafayette, La. Most recently, Louisiana finished 3-0 at the 53rd Annual Heb Tournament of Champions in Corpus Christi, Texas, defeating DePaul (4-0), UTSA (4-3) and Troy (4-1). Louisiana is 51-18 in singles play, led by Jamie Fraser (12-1) and Arthur Libaud (11-2). The Ragin’ Cajuns have been dominate in doubles play with a 32-7 overall mark with Jan Galka, Kacper Dworak and Libaud eclipsing double-digit wins thus far in the season.