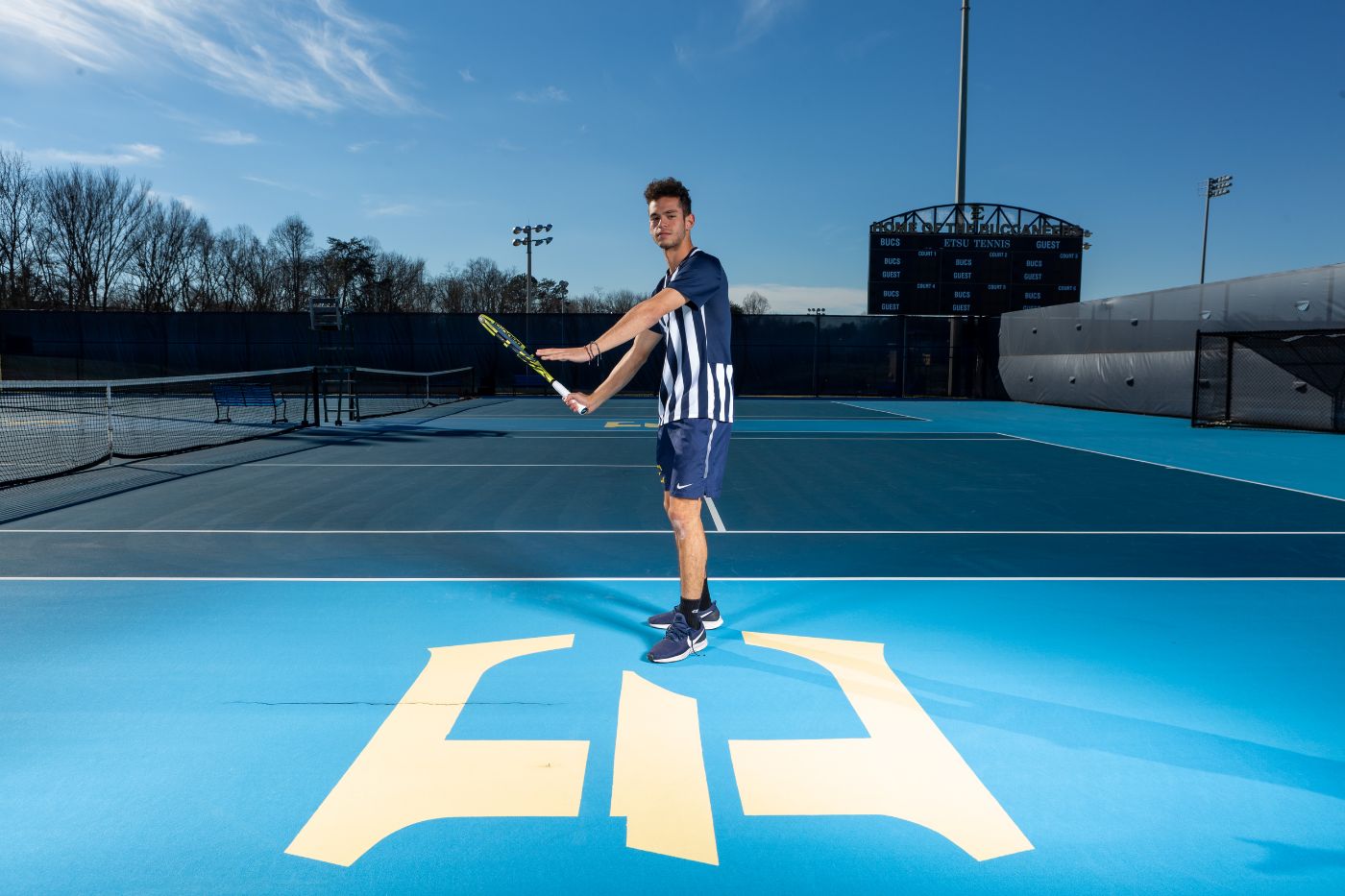 BRISTOL, Tenn. (March 2, 2019) – The ETSU Bucs picked up their fourth consecutive victory and third consecutive 7-0 sweep on Saturday with a victory over the University of Louisiana. The men’s tennis squad improved to 7-3 on the season and 2-0 at home with the win, dropping the Ragin’ Cajuns to 14-4 on the campaign. The match was played at the Bristol Racquet Club in Bristol, Tenn. due to the conditions of the courts from the previous weather this week.

ETSU’s doubles tandem of Frazier Rengifo (Cali, Colombia) and Yusuf Khamis (Cairo, Egypt) kicked off the match with a 6-4 win in the No. 2 doubles slot, defeating Louisiana’s pair of Kacper Dworak and Jan Galka. The doubles point was clinched for the Blue & Gold from the No. 3 doubles hole as David Gonzalez (Barcelona, Spain) and Sergi Fontcuberta (Barcelona, Spain) upended Elio Lago and Jamie Fraser by the final of 6-4.

Khamis doubled the ETSU lead to 2-0 from the No. 4 singles slot, cruising past Lago by the final score of 6-2, 6-1, improving to 8-2 in singles play on the season after winning his fourth consecutive match. The Bucs saw their lead stretch to 3-0 from the No. 3 singles position as Juan Lugo (Maracay, Venezuela) picked up the 6-2, 6-0 victory. The match was clinched following the very next decision as Fontcuberta defeated Pearse Dolan 6-2, 6-3 from the No. 2 singles position for the 4-0 lead.

ETSU claimed the final three singles matches, cleaning up the sweep over the Ragin’ Cajuns for its third consecutive 7-0 victory. Rengifo earned a three-set thriller over Galka in the top singles position before Gonzalez and Miguel Este (Caracas, Venezuela) finished off the match with wins in the fifth and sixth singles slots, respectively.

The Bucs will be back in action on March 9 when ETSU welcomes Georgia State into town for a 10 a.m. showdown. The very next day, ETSU will cap off a three-match home stand by hosting Southern Miss on Sunday, March 10 at 11 a.m.