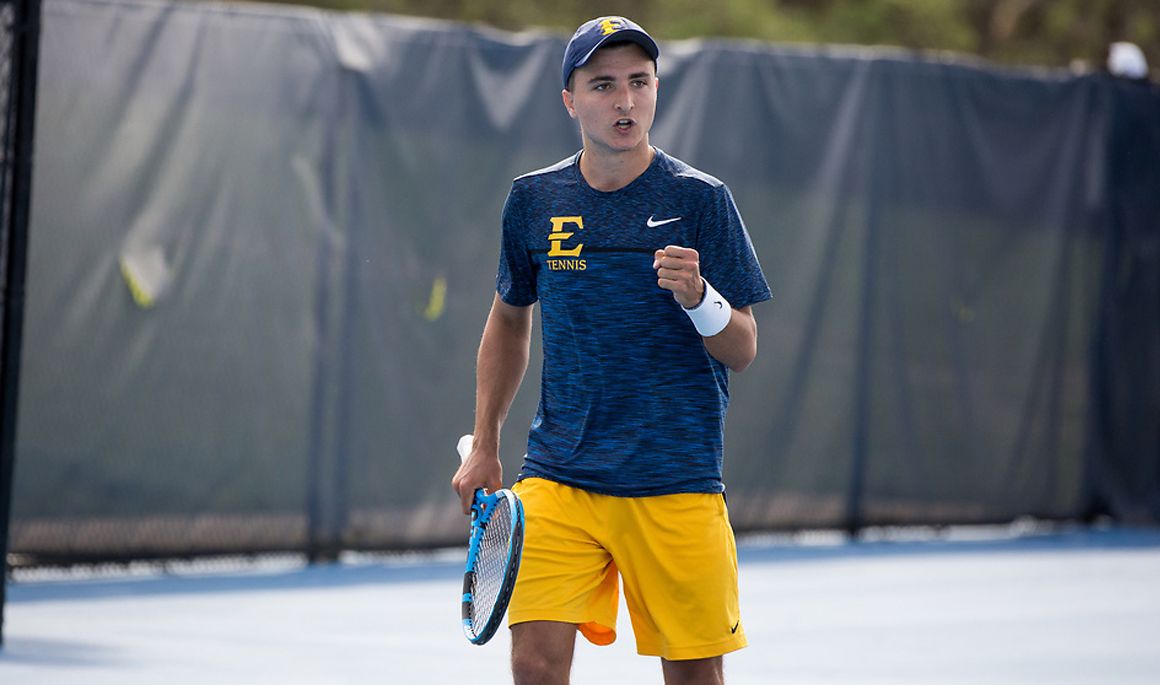 ETSU squares off with Georgia State and Southern Miss

JOHNSON CITY, Tenn. (March 8, 2019) – The Bucs will return home to Johnson City this weekend to cap off their three-match home stand. ETSU Men’s Tennis will host Georgia State on Saturday, March 9 at 10 a.m. before concluding the weekend with Southern Miss on Sunday, March 10 at 11 a.m. Both matches are slated to take place at the Dave Mullins Tennis Complex.

Everything about ETSU
ETSU is 7-3 on the season heading into this weekend’s matches, having won four consecutive contest, including a pair of Southern Conference matches. The Bucs have claimed three consecutive sweeps, most recently against the University of Louisiana on March 2 at the Bristol Racquet Club. ETSU is led in singles action by Frazier Rengifo (Cali, Colombia) with a 9-1 overall record, including 5-1 in the top singles slot. Yusuf Khamis (Cairo, Egypt) is second on the squad in wins with eight, all of which have come in the fourth singles position. Rengifo and Khamis have each won four consecutive singles wins, alongside Sergi Fontcuberta (Barcelona, Spain) and Juan Lugo (Maracay, Venezuela).

The Bucs are 16-10 in doubles play this season with Khamis and Rengifo proving to be the more efficient doubles tandem with a 5-3 overall record.

Panthers on the Prowl
Georgia State is 6-6 on the season heading into the Saturday showdown, most recently falling to Charlotte on March 3 by the final score of 4-3. The Panthers have lost three of their last five contests. As a team, Georgia State is 16-13 in doubles play and 27-34 in singles action. Roberts Grinvalds and Vazha Subladze are each 6-4 for the Panthers in singles play. Subladze has won three consecutive singles matches and is 5-3 in the number three singles slot. Giles Hussey and Jack MacFarlane are the top doubles tandem with a 6-3 record, including 3-1 in the No. 3 doubles position.

Get to know the Golden Eagles
Southern Miss is 4-3 on the campaign, most recently defeating Nicholls State by the final score of 4-1 on Feb. 24. The Golden Eagles are 1-3 on the road this season and will square off with Georgia State on March 9 prior to facing off with the Bucs on the 10th. Jorman Reyes and Chung-Han Tsai each have four singles wins for Southern Miss as the team is 22-12 in singles action. The Golden Eagles are 7-10 in doubles play, with the pair of Ronit Bisht and Reyes accounting for three doubles wins.