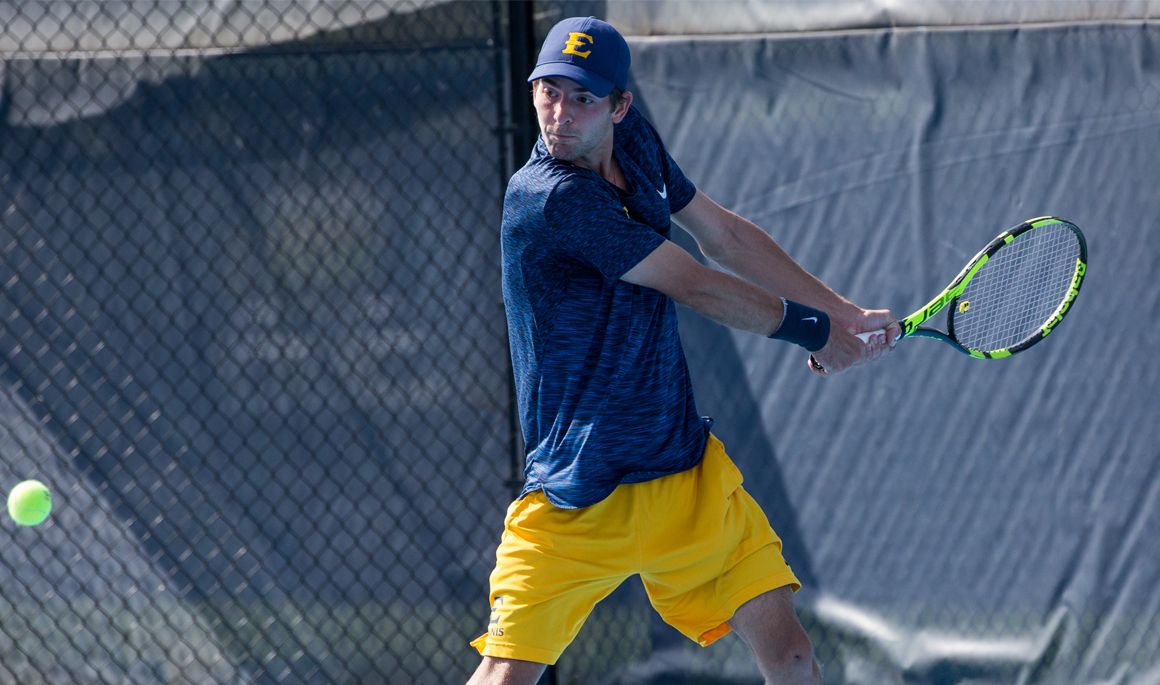 JOHNSON CITY, Tenn. (March 9, 2019) – For the fifth consecutive match, the ETSU Bucs Men’s Tennis team picked up a victory, including the team’s fourth consecutive sweep. Saturday’s match was the first ETSU contest to be played at Dave Mullins Tennis Complex this season. With the win, the Bucs improve to 8-3 on the campaign, while Georgia State falls to 6-7.

Juan Lugo (Maracay, Venezuela) and Chris Mikrovas (Athens, Greece) started off the match with a 6-3 victory over Giles Hussey and Jack MacFarlane in the number one doubles spot, improving to 5-5 in doubles play this season. The Panthers pulled even for the doubles point as Andrei Duarte and Roberts Grinvalds upended ETSU’s doubles tandem of Yusuf Khamis (Cairo, Egypt) and Frazier Rengifo (Cali, Colombia) by the final of 6-4. The Bucs secured the doubles point from the No. 3 doubles position after Sergi Fontcuberta (Barcelona, Spain) and David Gonzalez (Barcelona, Spain) claimed their fifth consecutive doubles victory, this time defeating Bailey Showers and Diego Padilha by the final score of 7-6 for the 1-0 advantage in favor of the Blue & Gold.

Khamis kicked off singles play with a straight-set victory over Quentin Coulaud, earning the 6-3, 6-2 victory in the No. 4 singles position to double the ETSU lead to 2-0. Gonzalez pulled the Bucs one point closer to the victory with a three-set triumph over Duarte in the fifth singles slot. After dropping the first set, Gonzalez rallied for a 6-0, 6-3 victory in the second and third sets to stretch the ETSU lead to 3-0. Fontcuberta clinched the home victory for the Bucs from the No. 2 singles position, defeating Hussey in straight sets, 7-6(4), 6-3.

The Bucs will conclude the weekend with a noon matchup against Southern Miss tomorrow at the Dave Mullins Tennis Complex on the beautiful campus of ETSU.