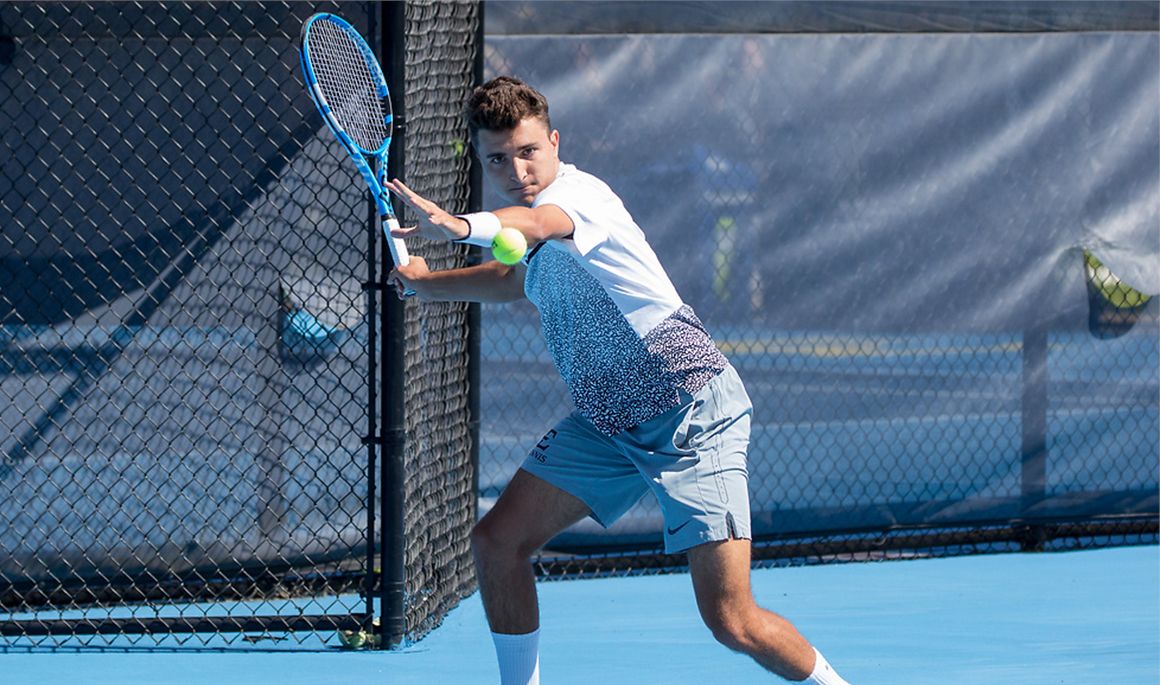 JOHNSON CITY, Tenn. (March 12, 2019) – For the first time in his ETSU career, Sergi Fontcuberta (Barcelona, Spain) was named Southern Conference Men’s Tennis Player of the Week for all matches played between March 5-11. The conference announced the award on Tuesday afternoon.

Fontcuberta has now won six consecutive matches after posting 2-0 records in both singles and doubles play this weekend. The Barcelona native began the week with a doubles triumph over Georgia State’s Baily Showers and Diego Padilha (7-6), clinching the doubles point in favor of the Blue & Gold. Fontcuberta then earned a hard-fought singles victory from the No. 2 singles position over Giles Hussey, 7-6 (8-4), 6-3. Fontcuberta’s singles win against the Panthers clinched the match for ETSU, solidifying the team’s fourth consecutive shutout victory.

In Sunday’s 4-0 victory over Southern Miss, Fontcuberta paired up with David Gonzalez (Barcelona, Spain) to defeat Panji Setiawan and Mieszko Kwasniewski from the number three doubles position by the final score of 6-1. Later in the match with the Bucs ahead 3-0, the Spain native clinched the match for the second consecutive day with a convincing 6-2, 6-4 win over Ronit Bisht in the top singles position. Fontcuberta’s second consecutive match-clinching win propelled ETSU to a sixth consecutive win and a fifth consecutive shutout.

Fontcuberta and the Bucs will return to the court twice this weekend, beginning with a 6 p.m. (EST) match on March 15 at Middle Tennessee State in Murfreesboro, Tenn. ETSU will then host Elon on Sunday, March 17 at 1 p.m. at the Dave Mullins Tennis Complex.