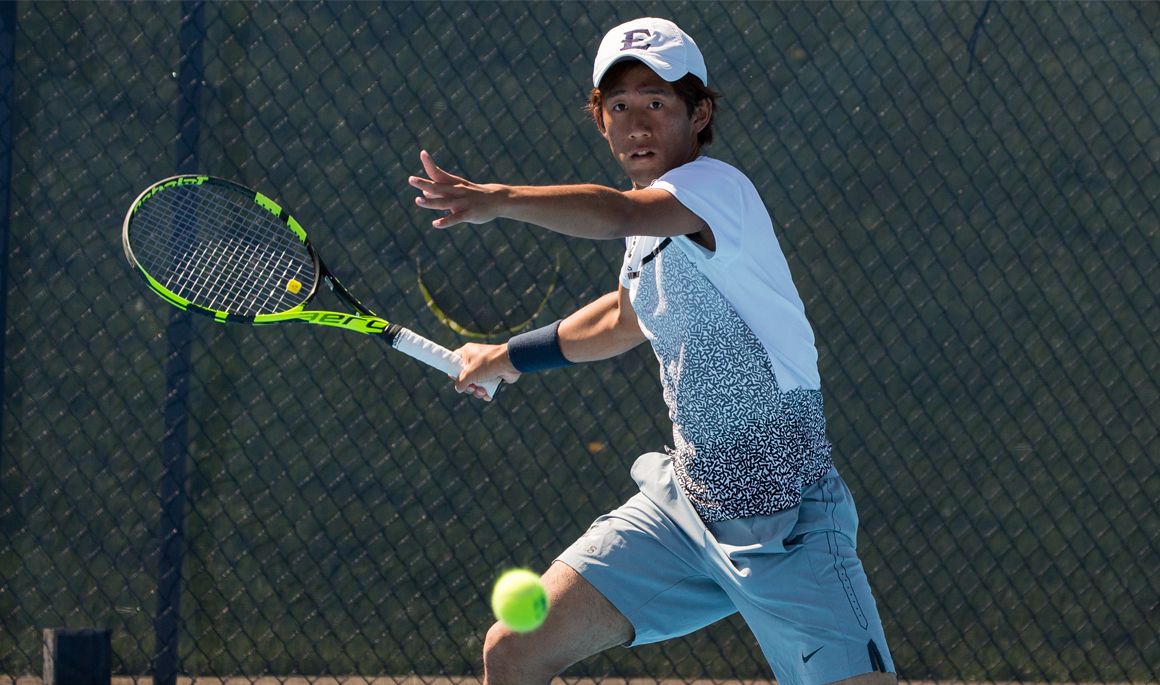 ETSU to serve up weekend with MTSU and Elon

JOHNSON CITY, Tenn. (March 14, 2019) – The Bucs will look to extend their six-match winning streak this weekend with a pair of non-conference matches against Middle Tennessee State and Elon. ETSU will travel to Murfreesboro, Tenn. on March 15 for a 6 p.m. (EST) showdown with the Blue Raiders. The men’s tennis squad will then return home for a Sunday match against Elon at 1 p.m. at the Dave Mullins Tennis Complex.

Everything about ETSU
The Bucs enter the weekend having won six consecutive matches, including registering five consecutive shutout victories. ETSU has been dominate in singles play, tallying a 49-17 overall record. The Bucs are led by two-time Southern Conference Men’s Tennis Player of the Week, Frazier Rengifo (Cali, Colombia) with a 10-1 record in singles action. Yusuf Khamis (Cairo, Egypt) has also been a tough competitor for opponents, posting a 9-2 record after having won five consecutive singles showdowns. Most recently, Sergi Fontcuberta (Barcelona, Spain) was tabbed as the SoCon Men’s Tennis Player of the Week after finishing recording a pair of singles and doubles wins, including two match-clinching singles victories.

The Bucs are 20-11 in doubles play and have seemed to find its groove in the No. 3 doubles position with a 9-1 record. Fontcuberta and David Gonzalez (Barcelona, Spain) are 6-1 as a doubles tandem, including a perfect 6-0 in the three spot.

Matching up with MTSU
The Blue Raiders are 8-9 on the campaign, having won all eight matches when playing at home. Middle Tennessee State has dropped three consecutive outings, all three against Top 25 opponents. Most recently, the Blue Raiders fell at the hands of No. 12 Oregon by the final score of 4-2. As a team, MTSU is 52-43 in singles play, including 12-5 from the No. 4 spot and 11-5 from the sixth position. The Blue Raiders have a keen ability to jump on opponents early, posting a 29-18 mark in doubles play. MTSU is led in doubles action by Tom Moonen and Chris Edge as the duo holds a 9-3 record and ranks No. 63 in the latest ITA doubles rankings. The Blue Raiders are also 14-1 in the third doubles slot.

Pairing up with the Phoenix
Elon is 11-3 on the season heading into Sunday’s contest in Johnson City, Tenn. The Phoenix have won three consecutive matches and are 5-1 in their last six showdowns. All three of Elon’s losses have come on the road, dropping decisions to Duke (4-3), UNCW (6-1) and VCU (4-3). Despite holding a .500 in doubles play (16-16), the Phoenix have been able to win matches due to their successful play in singles action with a 57-21 mark. Felipe Sarrasague is 11-1 in the top singles position for Elon and is joined by Felipe Osses-Konig (10-4) and Kyle Frankel (10-3) as the three players with double-digit singles wins.