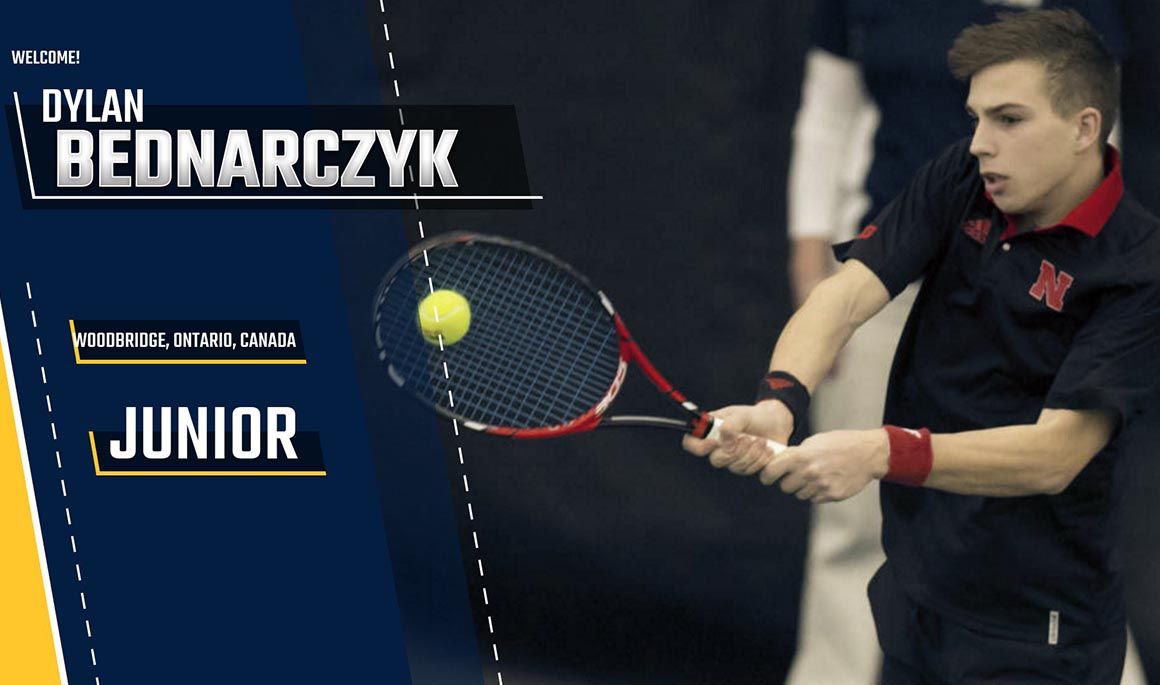 Dylan Bednarczyk to join ETSU in the fall

“Dylan is a great addition to our already strong lineup,” stated Stiegwardt. “He is a proven winner and has competed at the top spots at the highest level. He understands the expectations we have here and wants to come and win more conference titles for the Bucs.”

Bednarczyk, a native of Woodbridge, Ontario, Canada, played his first two seasons with Nebraska before transferring to Stillwater, Okla. As a freshman with the Cornhuskers, Bednarczyk led the team in singles wins with 10, including a team-high three wins in Big Ten action. All of his singles appearances were played at the top two singles slots.

As a sophomore, Bednarczyk finished the season with four singles wins at the No. 2 and No. 3 singles slots. Despite taking a step back in singles play, the Canada native elevated his game in doubles action. Bednarczyk finished the campaign with 16 doubles wins in the No. 3 position, including 12 in the spring season. Bednarczyk only tallied four doubles wins as a freshman, improving on that mark in his sophomore campaign by 400 percent.

The Canada native also knows how to excel off the court as well, being named to the All-Big Ten Academic Team in 2018. He is also a three-time Nebraska Scholar-Athlete Honor Roll recipient and was twice a member of the Tom Osborn Citizenship Team for his services to the community.