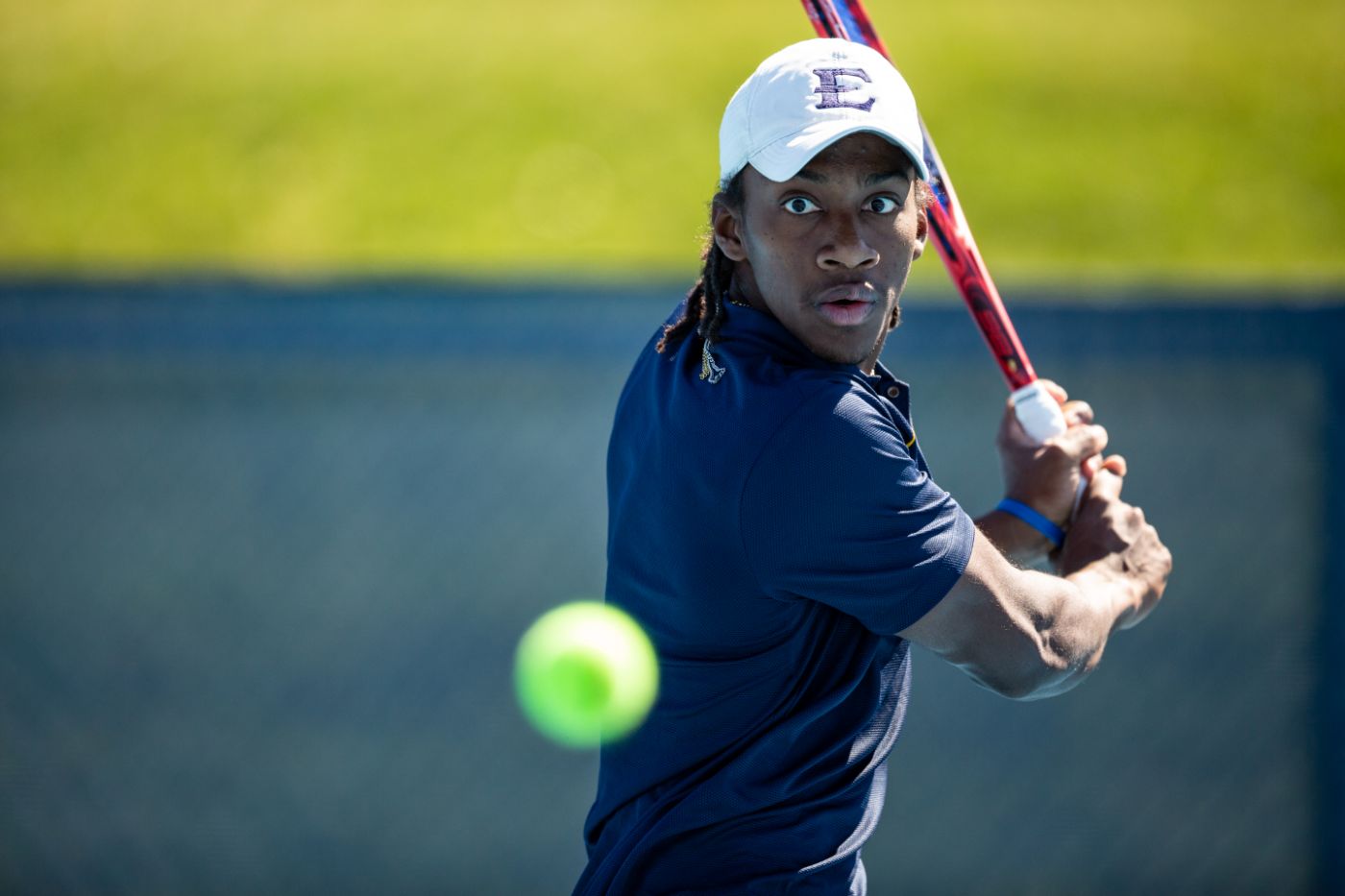 JOHNSON CITY, Tenn. (March 19, 2019) – For the third time this season and third time in his young career, ETSU Men’s Tennis star Frazier Rengifo (Cali, Colombia) has been tabbed as the Southern Conference Men’s Tennis Player of the Week. The award was announced by the league office on Tuesday afternoon.

Rengifo was instrumental in the Bucs picking up a marquee win over a strong Elon team on Sunday, March 17. The sophomore began the week with a 1-0 mark against the Blue Raiders, earning a singles win in the top slot over Stijn Slump by the final of 6-1, 7-6 to draw even with Middle Tennessee State at two apiece. However the Bucs were unable to pull ahead, dropping a 4-3 heartbreaker to the Blue Raiders.

The Colombia native was back at it on Sunday against Elon, this time earning a doubles result as he and Yusuf Khamis (Cairo, Egypt) cruised past Kyle Frankel and Camilo Ponce by the score of 6-1. The duo’s victory set the tone for the remainder of the day. Later in the match with ETSU ahead 2-1, Rengifo pulled the Bucs one point closer of clinching the match. The Bucs’ top singles player went toe-to-toe with Felipe Sarrasague in the first set, pulling away for the 7-5 triumph. Rengifo then used the momentum to cruise past Sarrasague in the second set, winning 6-2 to stretch the Bucs’ lead to 3-1. Rengifo’s victory over Sarrasague dropped the top Elon player to 11-2 on the season, handing Sarrasague his first singles loss since dropping the season opener to Duke on Jan. 12. The victory over Elon stretched the Bucs to double-digit wins with 10, while handing the Phoenix just their fourth loss on the season.

Rengifo and the Bucs will return to the court this weekend for a pair of SoCon home matches. ETSU will host Furman on Friday, March 22 at 2 p.m. before hosting Samford on Sunday, March 24 at 1 p.m.