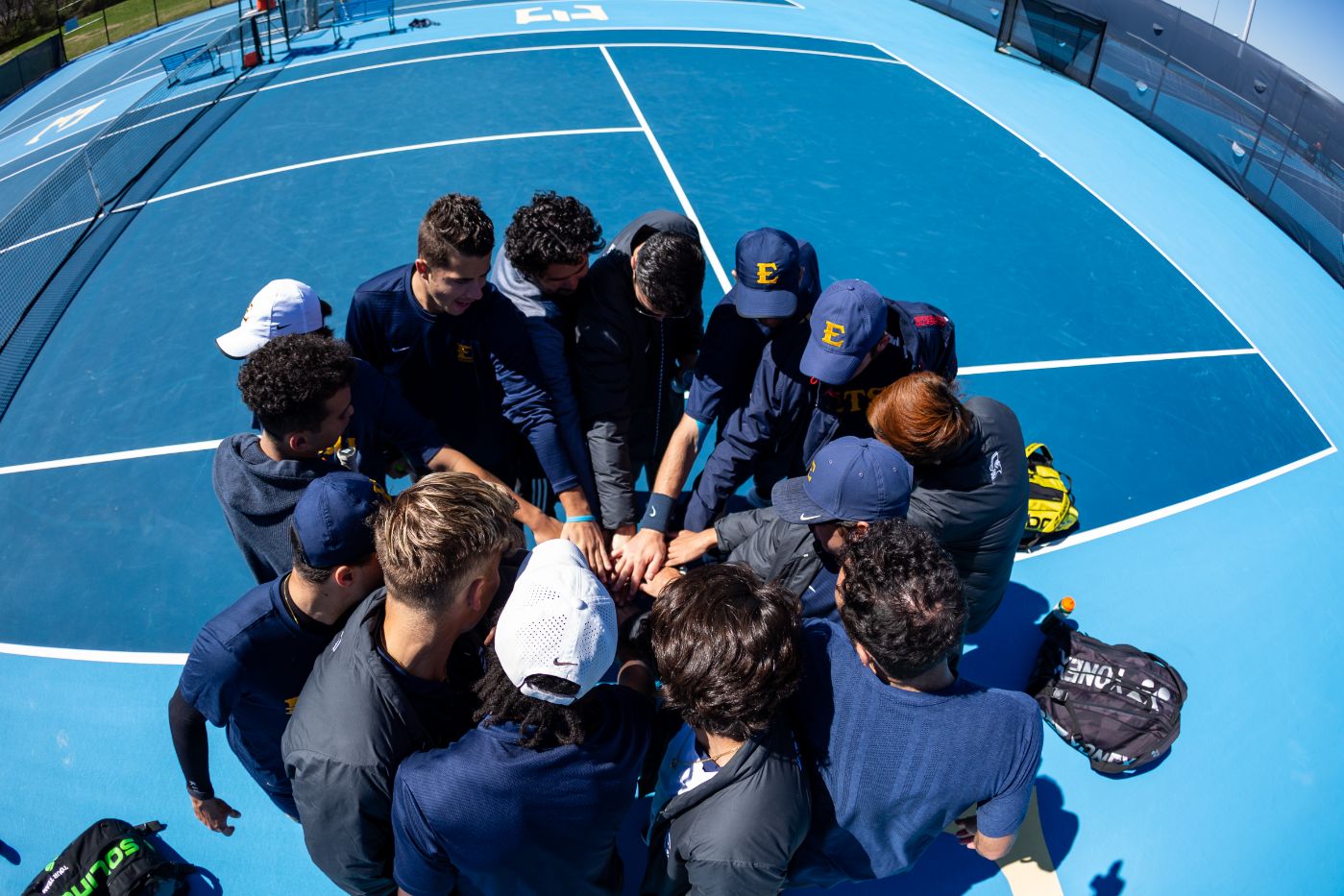 ETSU will face Furman and Samford

JOHNSON CITY, Tenn. (March 21, 2019) – The ETSU Buccaneers will welcome a pair of Southern Conference foes as the men’s tennis team will square off with Furman and Samford this weekend. The Bucs will host the Paladins on Friday, March 22 at 2 p.m. before turning focus to Samford on Sunday, March 24 at 1 p.m.

Battling the Bucs
The Bucs enter the weekend showdowns with a 10-4 overall record, including a 2-0 mark in SoCon play. Most recently ETSU handed Elon a 5-2 defeat, just the fourth loss for the Phoenix this season. The Bucs are a perfect 5-0 when playing matches at home. The Bucs have been a dominate force in singles play, holding a 56-22 record in singles matches. Frazier Rengifo (Cali, Colombia) leads ETSU in singles action, posting a 12-1 record with seven of the wins coming in the top slot. Yusuf Khamis (Cairo, Egypt) and Sergi Fontcuberta (Barcelona, Spain) are second on the team in singles wins with 10. Fontcuberta has won a team-best eight consecutive singles matches, followed by seven from Rengifo and six from Khamis and Miguel Este (Caracas, Venezuela).

Facing Furman
The Paladins enter the weekend as one of the hotter teams in the SoCon, winning nine consecutive matches. Furman is 10-3 on the season and 3-0 in league play. Furman most recently defeated Wofford on Wednesday, March 20 by the final score of 6-1. The Paladins have not surrendered multiple points to their opponents since defeating Belmont, 4-3 on Feb. 2. Furman is one of the best doubles teams in the conference, holding a 27-11 record. Jake Bhangdia and Clarke Wilson rank as the top doubles tandem in the league with a perfect 8-0 record. Teammates Henrik Atlevi and Drew Singerman are second in the SoCon in doubles play with a 7-0 mark. The Paladins are led in singles action by Singerman with a perfect 11-0 record, leading the way for the conference. Furman is 58-20 on the season in singles play heading into Friday’s matchup.

Silencing Samford
Samford is 8-6 on the season heading into Sunday’s contest, having won four consecutive matches. Most recently, the Bulldogs defeated North Dakota by the final score of 5-2 on March 12. Samford is 0-1 in league play, dropping a 4-0 decision to Wofford on March 1. Despite a 16-21 doubles record, the Bulldogs have a difficult opponent in the number three doubles position as Aleksander Petrovic and Max Rebol are 9-3 on the season when pairing together. The duo are also the go-to singles players with Rebol holding a 9-1 singles record and Petrovic posting seven singles wins.