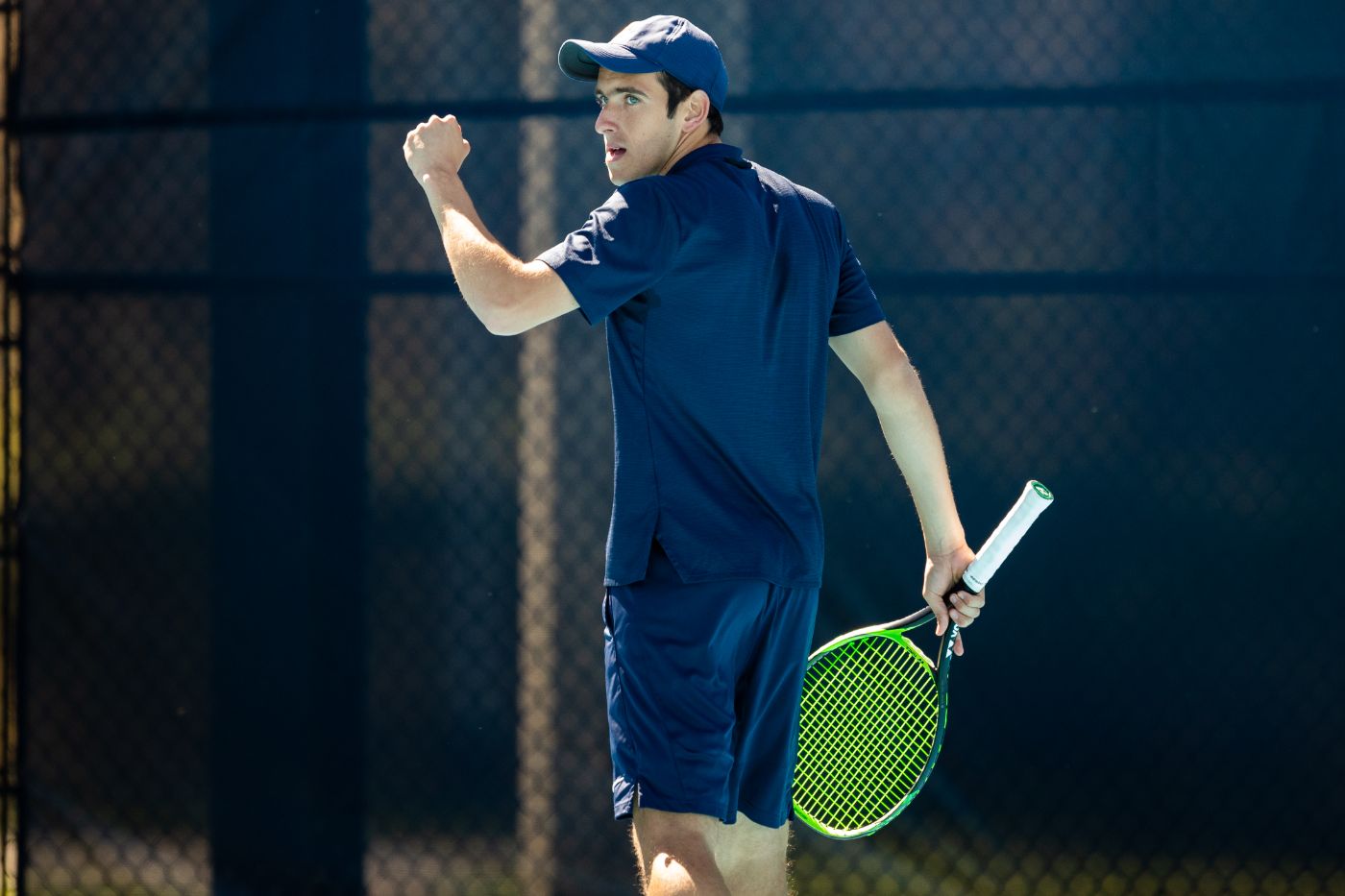 JOHNSON CITY, Tenn. (March 22, 2019) – With the 4-0 shutout victory today over Furman, the ETSU Bucs Men’s Tennis team took over the top spot in the Southern Conference standings, improving to 3-0 in league play. ETSU improved to 11-4 on the season, having won eight of its last nine matches.

The Paladins secured the first doubles win of the match from the No. 1 doubles position by the final score of 6-1. However, ETSU evened the score for the coveted doubles point as Yusuf Khamis (Cairo, Egypt) and Frazier Rengifo (Cali, Colombia) defeated Jake Bhangdia and Clarke Wilson by the final score of 6-4. The Bucs clinched the doubles point from the No. 3 doubles position as Sergi Fontcuberta (Barcelona, Spain) and David Gonzalez (Barcelona, Spain) outlasted Drew Singerman and Henrik Atlevi, 7-5, giving the Bucs the early 1-0 lead.

The ETSU lead was doubled quickly from the No. 6 singles position after Miguel Este (Caracas, Venezuela) cruised past Atlevi in straight sets, 6-0, 6-2. Shortly after Este’s victory, Khamis pulled the Bucs within one victory of knocking off undefeated Furman with a straight-set triumph in the No. 4 position over Bhangdia, 6-2, 6-1. The Bucs completed the sweep from the No. 1 singles position as Rengifo knocked off Ivan Mitric in straight sets for the 4-0 victory. The Colombia native bested the No. 120 ranked player in the latest ITA rankings with ease, winning 6-4, 6-1.

With the match already decided, all other singles contests seized due to windy conditions. The Bucs were ahead one set to zero on two of the remaining courts.

ETSU will be back in action on Sunday, March 24 when the Bucs host Samford at 1 p.m. at the Dave Mullins Tennis Complex. ETSU is now 6-0 in matches played at home.