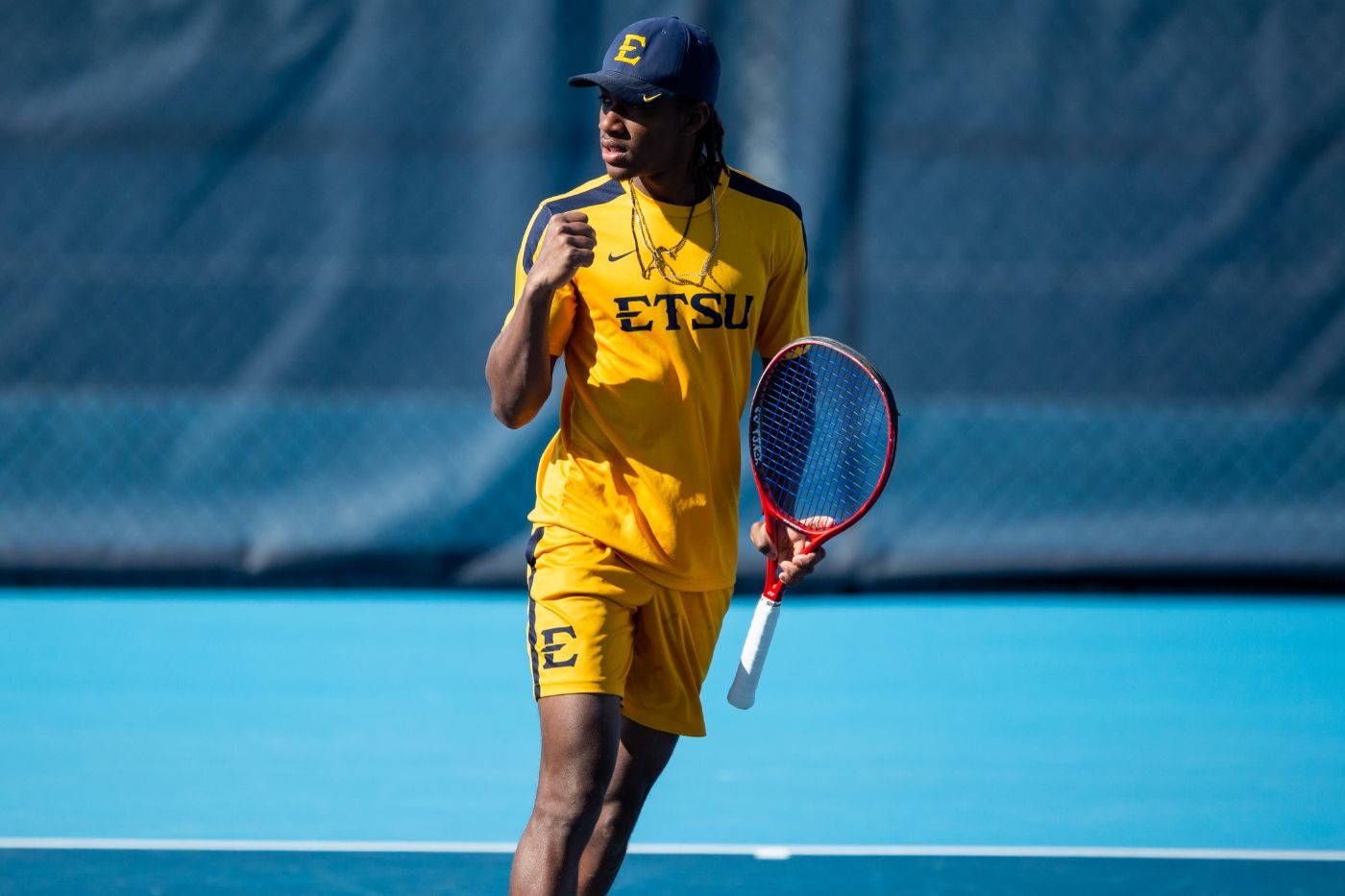 JOHNSON CITY, Tenn. (March 26, 2019) – On Tuesday afternoon, the Southern Conference announced Frazier Rengifo (Cali, Colombia) as its SoCon Men’s Tennis Player of the Week yet again, making history for both ETSU and the SoCon. Rengifo captured his fourth weekly honor of the season, becoming the conference’s first four-peat SoCon Player of the Week winner in men’s tennis.

Rengifo deservedly took home the honor after another big week for the Bucs, clinching two Southern Conference victories and knocking off a SoCon competitor that was ranked No. 120 in the latest ITA Rankings.

Rengifo began the week on Friday, March 22 with a 6-4 doubles victory over Furman’s Jake Bhangdia and Clarke Wilson to level the playing field for the doubles point. Later in the match with ETSU ahead 3-0, Rengifoknocked off Ivan Mitric who was ranked No. 120 in the ITA Rankings. The Colombia native fended off Mitric in the first set by the score of 6-4 before cruising in the second set with a 6-1 triumph. Rengifo’s victory secured the 4-0 win over the Paladins, improving the Bucs’ record to 3-0 in league play.

In Sunday’s 6-1 victory over Samford, Rengifo stumbled in doubles play but bounced back in singles action with a dominating 6-2, 6-4 victory over Rossouw Norval in the top singles position. For the second consecutive match, Rengifo’s victory secured the win for the Bucs, pushing their lead to 4-1. Rengifo’s victory on Sunday marked his ninth consecutive singles win, stretching his season record to 14-1.

Rengifo and the Bucs (12-4, 4-0) will return to action on Friday, March 29 when they travel to Charlotte, N.C. to take on the Charlotte 49ers at noon. ETSU will then turn its focus back to SoCon play with a showdown against Chattanooga on Sunday, March 31 at noon in Chattanooga, Tenn.