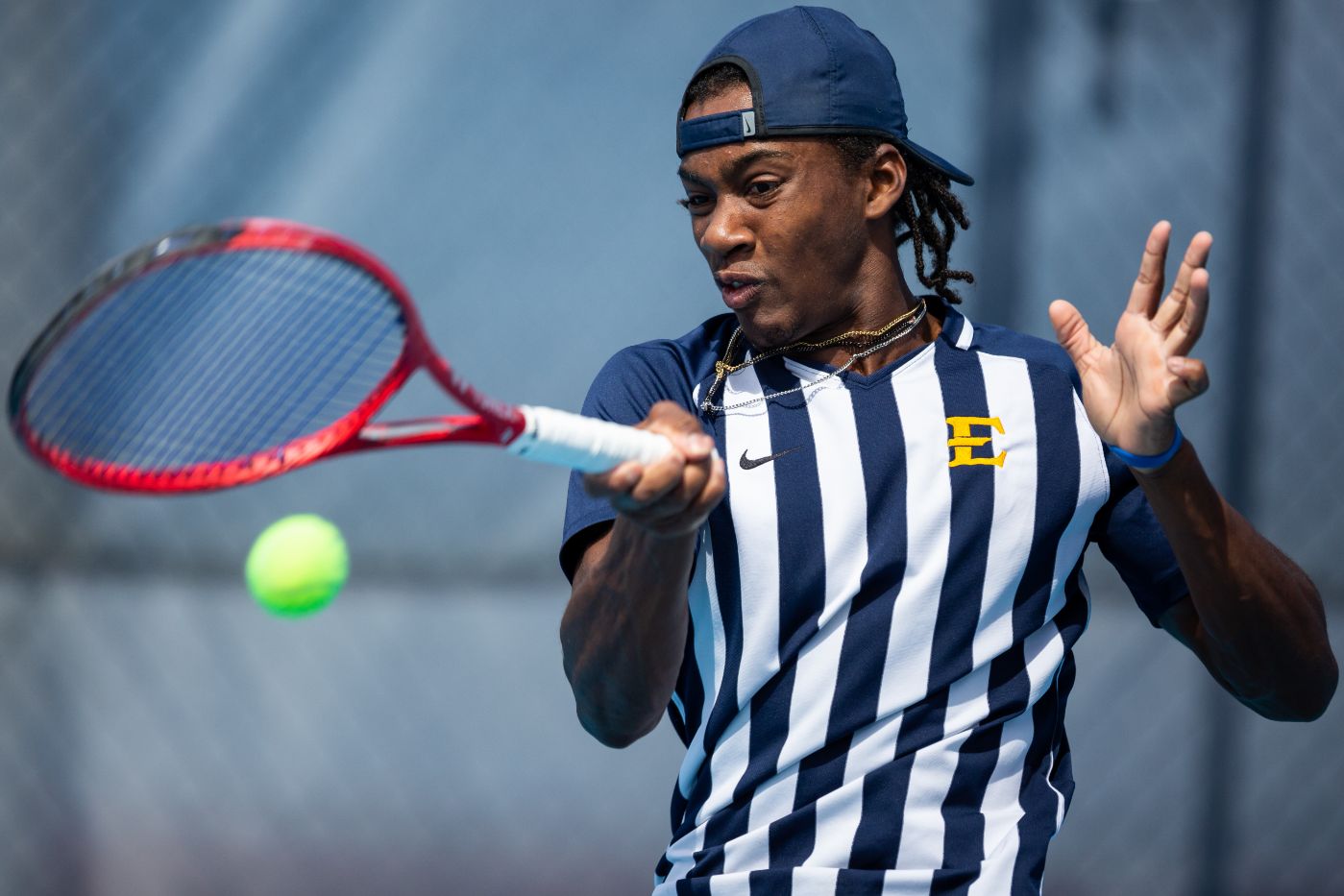 CHARLOTTE, N.C. (March 29, 2019) – For the fourth consecutive match, the ETSU Buccaneers Men’s Tennis team walked away with a dominating victory, this time defeating Charlotte by the final score of 6-1 in Charlotte, N.C. With the win, the Bucs improved to 13-4 on the campaign and 9-4 in non-conference action.

Frazier Rengifo (Cali, Colombia) and Yusuf Khamis (Cairo, Egypt) got things started on the right track for the Bucs, dismantling the No. 22 doubles tandem according to the latest ITA Rankings. Frazier and Rengifo picked up the 6-1 win over Luca Keist and Constandinos Christoforou to set the tone early. Miguel Este (Caracas, Venezuela) and Chris Mikrovas (Athens, Greece) sealed the doubles point from the No. 2 doubles position with a 6-2 win over Benjamin Wayand and Ignasi de Rueda.

Este then kick started singles play with his ninth consecutive win, a 6-2, 6-1 triumph in the six spot over Oriol Puig Forne, pushing the ETSU lead to 2-0. Juan Lugo pulled the Bucs within one point of clinching the match with a 6-2, 6-1 victory of his own over Christoforou in the No. 3 singles position.

The final four matches were nail biters, all coming down to three sets apiece. However, Khamis elevated ETSU to the victory with the first three-set victory of the match. Khamis bested Wayand in the No. 4 singles position by the final of 7-5, 5-7, 6-3 for the clinching win.

ETSU claimed two of the final three matches of the day, including Rengifo besting another ITA Top 125 opponent in Keist. Rengifo picked up the win in the top singles position after defeating the Charlotte 49er by the final of 5-7, 6-2, 6-4. The Bucs’ final win came from David Gonzalez (Barcelona, Spain) as he upended Oliver Sec, 7-5, 5-7, 6-3.

The Bucs will square off with Chattanooga on Sunday, March 31 at 12 p.m. in Chattanooga, Tenn. ETSU is 4-0 against Southern Conference foes this season.