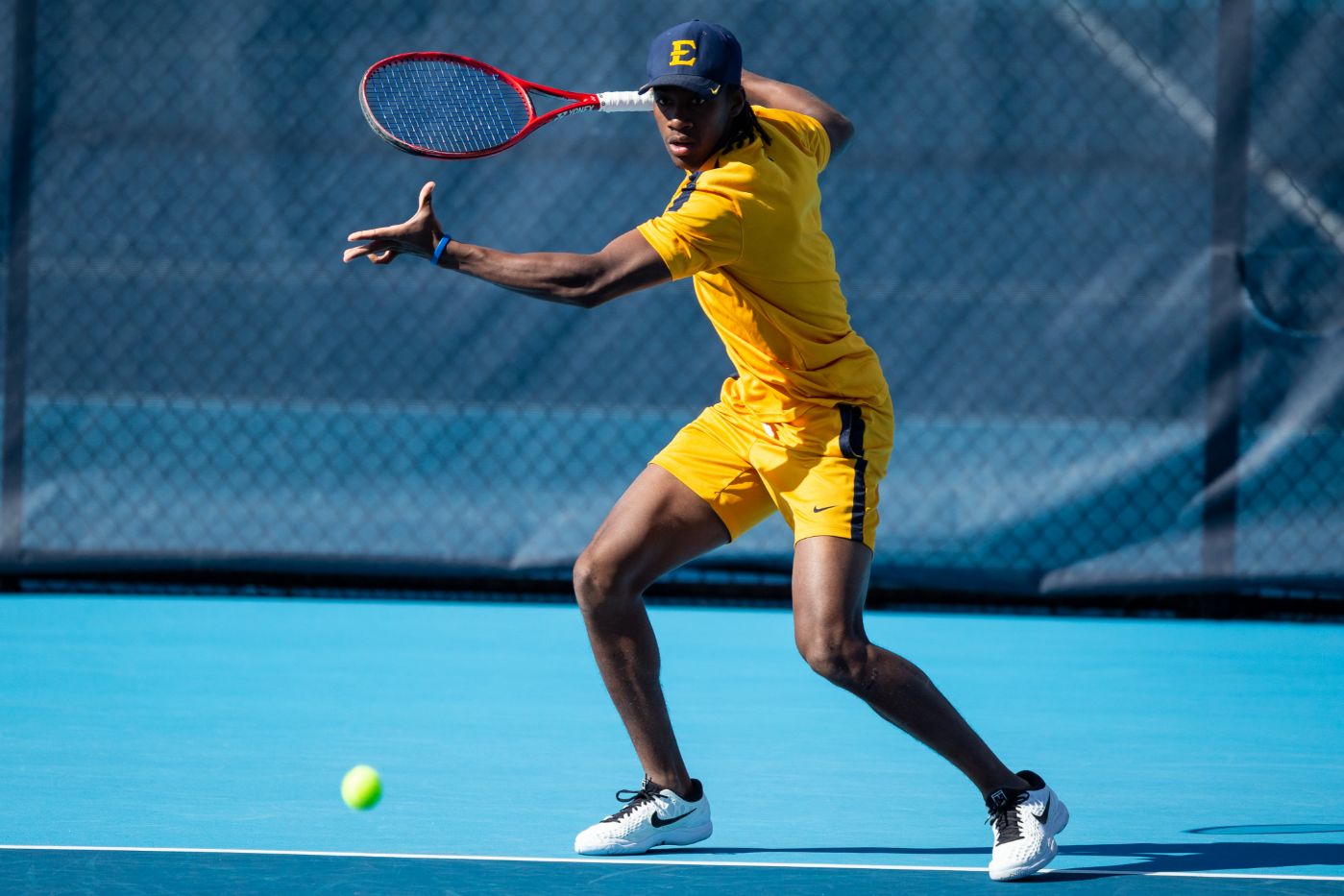 Rengifo piles on 5th SoCon Player of the Week Honor

JOHNSON CITY, Tenn. (April 2, 2019) – The records keep on flying in favor of the sophomore star, Frazier Rengifo (Cali, Colombia). The Southern Conference office announced on Tuesday afternoon that Rengifo secured his fifth SoCon Men’s Tennis Player of the Week award and third in a row. Rengifo set the record last week for most player of the week honors for men’s tennis in league history.

Rengifo continues to dominate the game this season, picking up two more singles wins and capturing a marquee doubles win against Charlotte. Rengifo paired up with Yusuf Khamis (Cairo, Egypt) in doubles action against Charlotte on Friday, March 29, earning a dominate 6-1 victory in the top slot over the No. 22 ranked ITA doubles tandem in Luca Keist and Constandinos Christoforous. Later in the match, Rengifo notched his 10th consecutive win, defeating Keist in three sets 5-7, 6-2, 6-4. Rengifo rallied to defeat Keist who was ranked No. 106 in the latest ITA singles rankings.

The sophomore ace was back at it again on Sunday, March 31, earning yet another three-set thriller in the top singles spot over Niklas Gerdes. Rengifo bested Gerdes in the first set 6-3 before falling 6-4 in the second set to force another three setter. Due to the match being clinched, the competitors squared off in a tiebreaker set with Rengifo winning 11-9 for his 11th consecutive win and 16th of the spring. Rengifo aided ETSU to a pair of 6-1 wins to push the Bucs’ record to 14-4 on the season after winning five consecutive matches.

Rengifo and the Bucs (14-4) will make their return to the Dave Mullins Tennis Complex on Saturday, April 6 when ETSU welcomes UNC Wilmington into town for an 11 a.m. match.