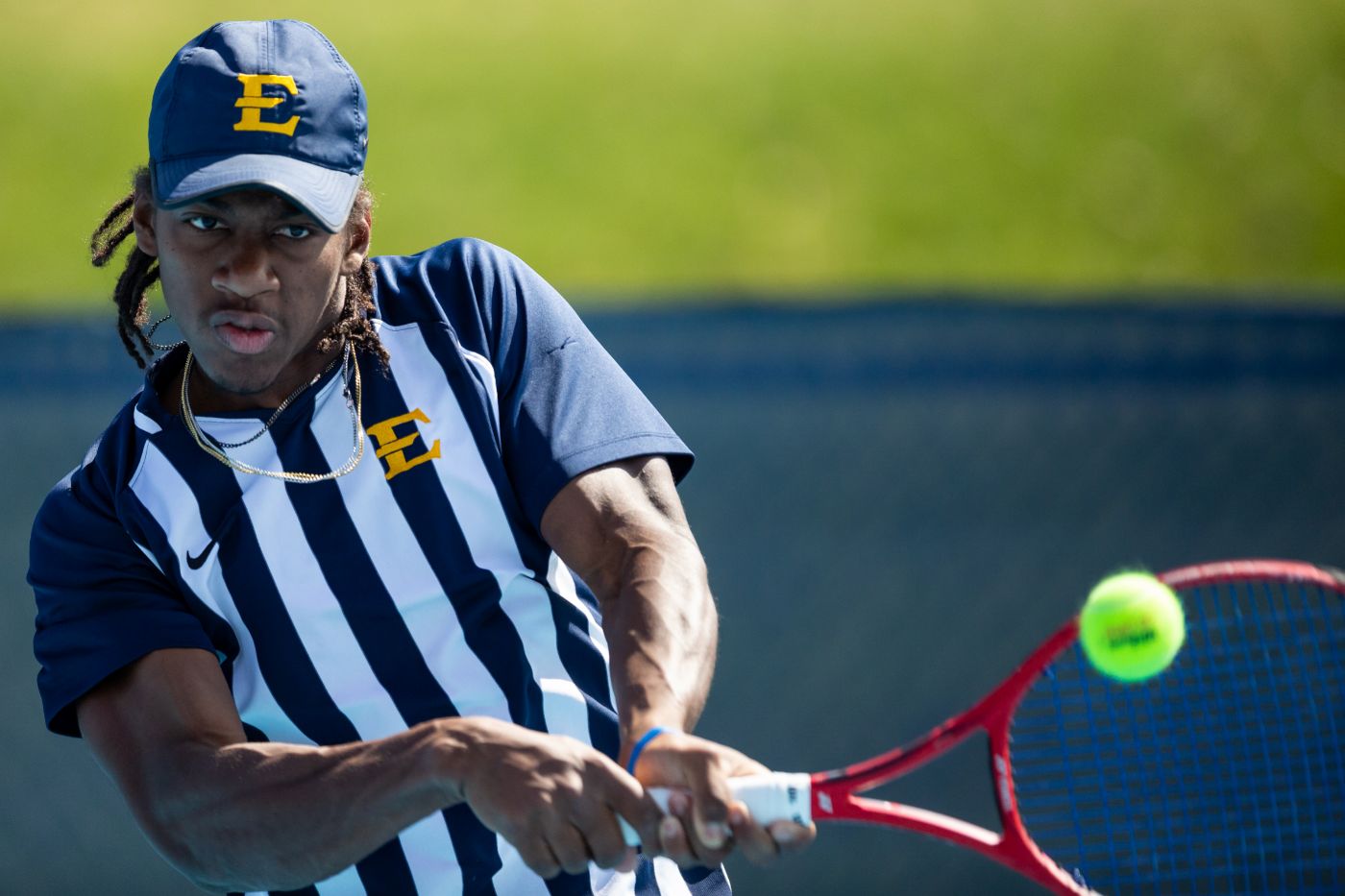 JOHNSON CITY, Tenn. (April 4, 2019) – Add a new piece of hardware for ETSU Men’s Tennis star Frazier Rengifo (Cali, Colombia) as he was named Southern Conference Men’s Tennis Player of the Month for March. The award was announced this afternoon by the league office.

The Colombia native had an eye-opening month in singles play with a perfect 8-0 record. Rengifo also added a 5-3 record in doubles play, aiding the Bucs in winning eight of their nine matches for the month of March, including three Southern Conference victories. Rengifo also snagged three SoCon Player of the Week honors during the month, becoming the first five-time SoCon Men’s Tennis Player of the Week in league history.

In the first four matches of the month, Rengifo posted a 3-0 singles record and a 2-1 mark in doubles play, including a doubles-clinching victory over Southern Miss on March 10. Rengifo really broke free in the final five matches, recording five singles wins and three doubles victories. In the match against Elon, Rengifo handed Felipe Sarrasague just his second singles loss of the season with a 7-5, 6-2 victory. The Colombia native then clinched the match in back-to-back contests against Furman and Samford on March 22 and March 24. Rengifo put together two singles wins and one doubles win in those two SoCon outings, including cruising to a 6-4, 6-1 win over Ivan Mitric of Furman who was ranked No. 120 in the ITA Rankings. Rengifo put together two more singles wins in the final two matches of the month, including a three-set win over Luca Keist of Charlotte (5-7, 6-2, 6-4). Keist was ranked No. 106 in the latest ITA Rankings. Rengifo also paired up with Yusuf Khamis (Cairo, Egypt) in the top doubles spot to defeat Keist and Constandinos Christoforous by the final of 6-1. The doubles tandem for the 49ers was ranked No. 22 in the latest ITA rankings prior to their defeat. All in all, Rengifo finished 3-0 against ranked opponents, including 2-0 in singles play.

Rengifo and the Bucs (14-4) will make their return to the Dave Mullins Tennis Complex on Saturday, April 6 when ETSU welcomes UNC Wilmington into town for an 11 a.m. match.