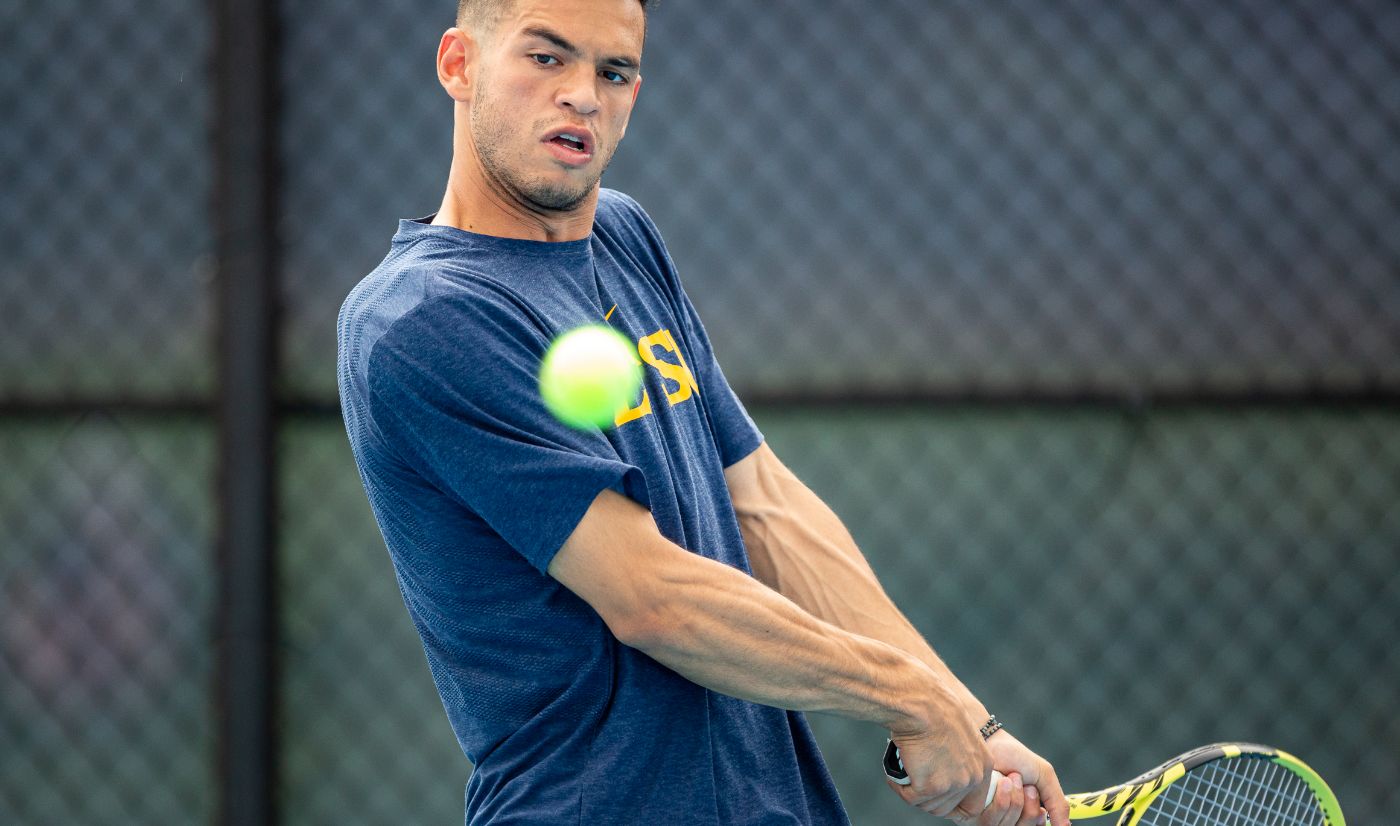 JOHNSON CITY, Tenn. (April 6, 2019) – For the sixth consecutive match, the ETSU Bucs Men’s Tennis squad picked up a win, this time defeating UNC Wilmington by the final score of 4-0 on Saturday afternoon at the Dave Mullins Tennis Complex. With the win, ETSU improves to 15-4 and 10-4 in non-conference matches. The Bucs have now won 12 of their last 13 matches following the victory this afternoon.

The Bucs started off strong in doubles action and never let off the gas as Yusuf Khamis (Cairo, Egypt) and Frazier Rengifo (Cali, Colombia) set the tone early with a 6-3 victory in the top doubles slot over Cole Groetsch and Austin Hussey. ETSU clinched the doubles point from the No. 2 doubles slot as Miguel Este (Caracas, Venezuela) and Chris Mikrovas (Athens, Greece) cruised to a 6-2 triumph over Agustin Savarino and Bruno Caula for the 1-0 advantage.

Este then picked up his 11th win in a row and 14th on the season as the Venezuela native dominated 6-2, 6-1 over Michael Copeland in the No. 5 singles spot to stretch the ETSU lead to two. Rengifo pushed the Bucs’ lead to 3-0 from the No. 1 singles position after defeating yet another ranked opponent. Rengifo improved to 17-1 on the season after defeating Hussey (No. 106) in straight sets, 6-2, 6-4. The match was clinched from the No. 4 singles position following a 6-3, 6-4 victory from Khamis over Leo Sprovieri to conclude the match.

The match was halted once the contest was in hand with the Bucs leading on two of the final three courts. ETSU was tied on court six in the third set before the match was halted. The 4-0 victory was the ninth contest this season that the Bucs held their opponents without a point.

ETSU will play its final conference road match of the season on Friday, April 12 when the Bucs travel to Macon, Ga. to take on the Mercer Bears. The Bucs will then take the court for the final time in the regular season on Saturday, April 13 when ETSU hosts The Citadel at 2 p.m. on Senior Day.