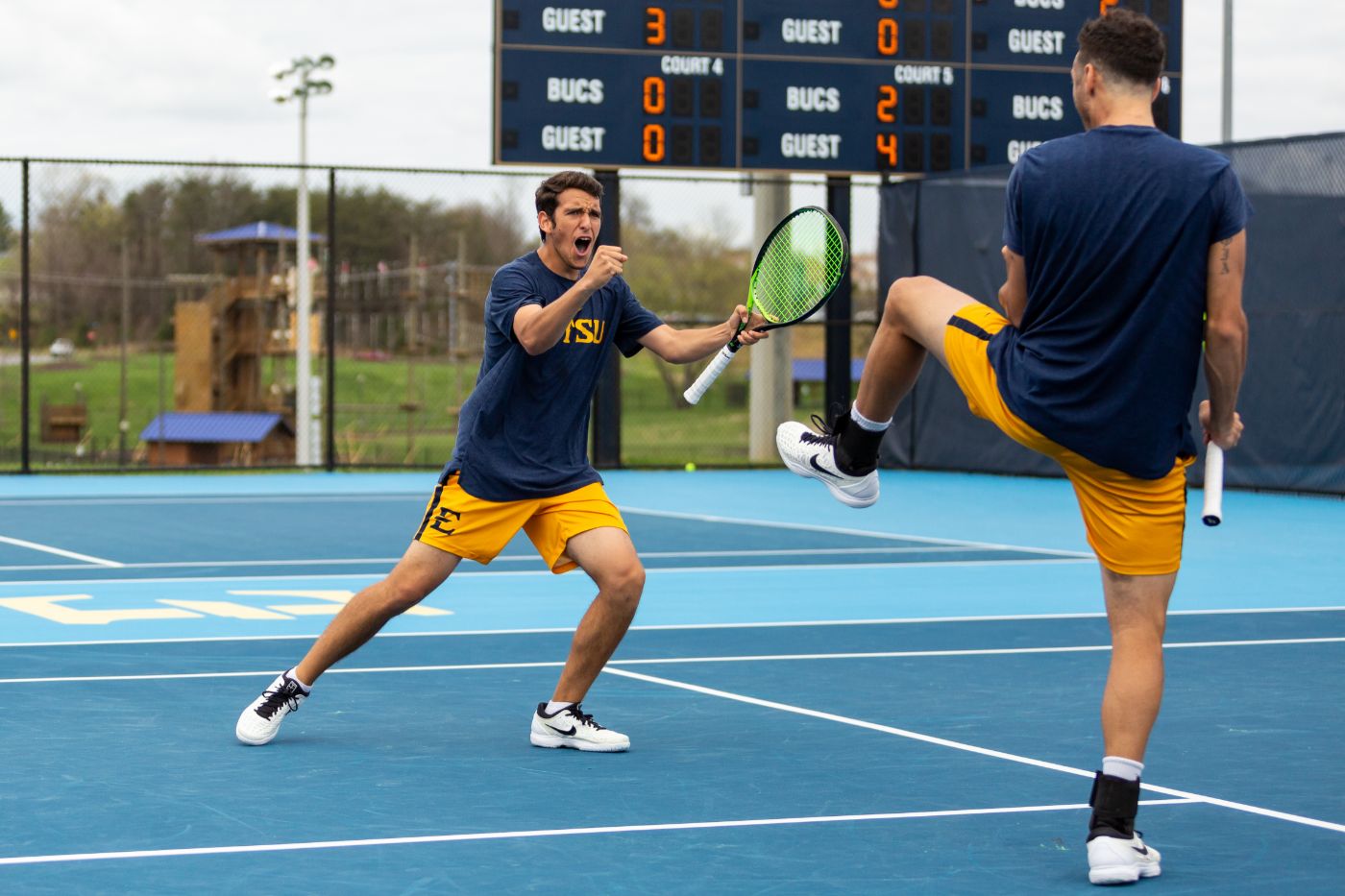 JOHNSON CITY, Tenn. (April 11, 2019) – The ETSU Buccaneers Men’s Tennis team is gearing up for its final regular-season weekend, squaring off with Mercer and The Citadel to conclude the 2019 regular season campaign. The Bucs will take on Mercer on Friday, April 12 at 2:30 p.m. in Macon, Ga. before returning to Johnson City to host The Citadel on Saturday, April 13 at 2 p.m. Saturday’s contest against the Bulldogs will serve as Senior Day for the Bucs.

Getting to Know the Bucs
ETSU has put itself in prime position heading into the final weekend, holding a 15-4 record and a perfect 5-0 mark in Southern Conference play. With a win on Friday in Macon, the Bucs would lock up at least a share of the 2019 Regular Season SoCon Championship. The Bucs would claim the outright title with a pair of wins this weekend, having already defeated Furman (6-1 SoCon) earlier this spring. The Bucs have won six consecutive matches as well as 12 of the last 13.

The Bucs are led in singles play by Frazier Rengifo (Cali, Colombia) with a 17-1 mark, including a perfect 3-0 record against ITA Top 125 players. Rengifo is the first SoCon Men’s Tennis player to grab five player of the week honors in the same season and has also been named SoCon Men’s Tennis Player of the Month for March. Yusuf Khamis (Cairo, Egypt) and Miguel Este (Caracas, Venezuela) have also been red hot for the Bucs, snatching 11 consecutive singles wins each. Khamis is 15-2 in singles action, including 14-1 from the fourth spot, while Este is 14-4 with nine wins coming from the six hole.

Matching up with Mercer
The Bears are 10-12 on the season, including 3-2 in league play heading into the final weekend. Mercer has proven tough at home, holding a 5-1 record at the Leroy Peddy Tennis Center with the one loss being a 4-3 defeat at the hands of Georgia Southern. The Bears are led by Olivier Stuart with a 15-5 record on the season, ranking No. 112 in the latest ITA Top 125 rankings that was released on Tuesday. Rengifo and Stuart are the likely candidates for SoCon Player of the Year, so Friday’s match will not disappoint.

Clashing with The Citadel
The Citadel has had a rough go of things this season, holding a 9-21 record on the season and are 0-4 in SoCon play. The Bulldogs are 3-10 in true road matches this season and 6-13 when playing away from Charleston, S.C. The Citadel most recently defeated USC Sumter by the final score of 8-1, snapping a six-match losing skid. Phillip Quinn and Gavin Stewart are the only two players on the team with double-digit singles wins with Stewart leading the way with 14 singles wins. On the season, the Bulldogs are 63-117 in singles play and 26-57 in doubles action.