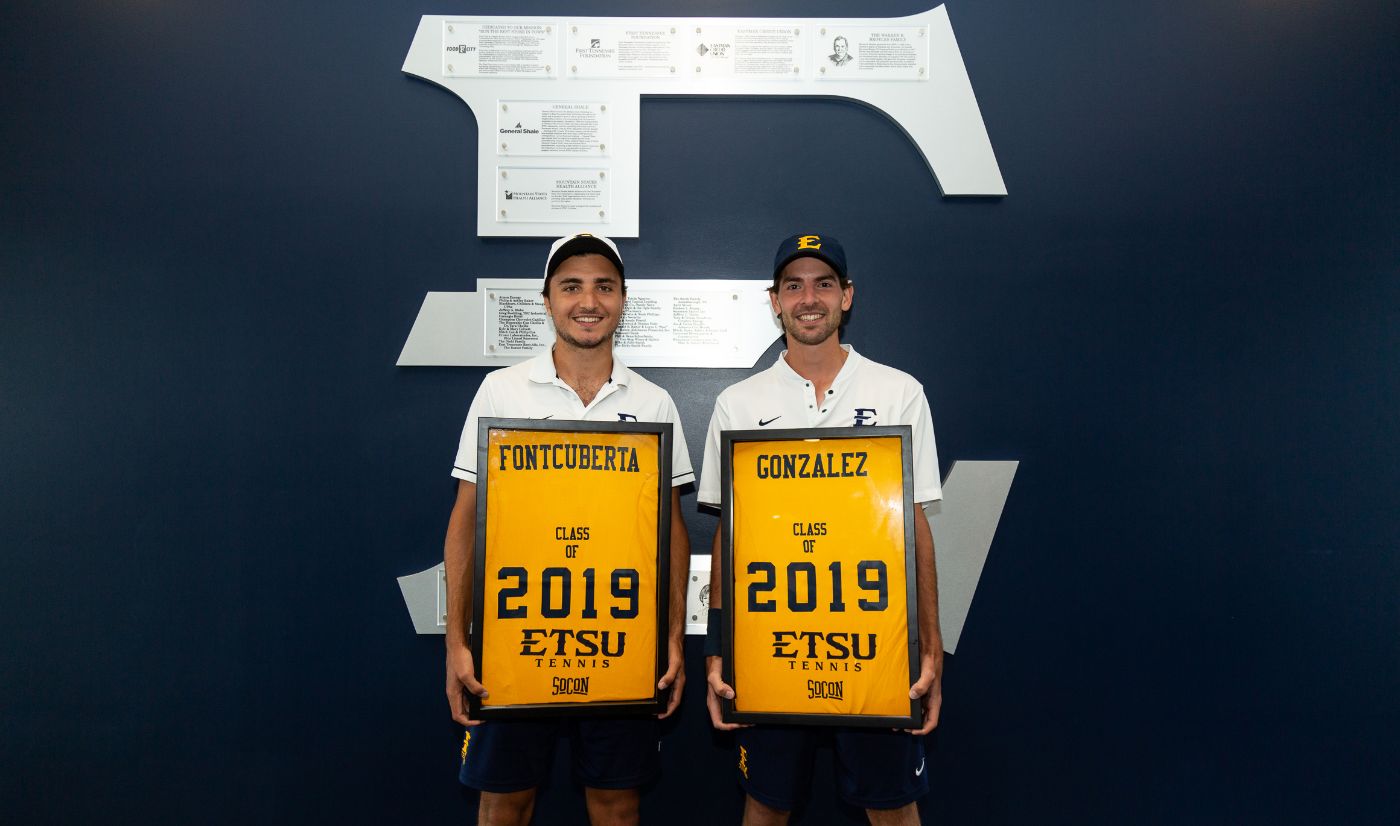 JOHNSON CITY, Tenn. (April 13, 2019) – The ETSU Buccaneers Men’s Tennis team celebrated Senior Day on Saturday, cruising to a 6-1 victory over The Citadel in the seniors’ final ride with the program. The season culminated with an undefeated Southern Conference record as well as the outright 2019 Regular Season SoCon Title. The regular season title is the 15th regular season championship in program history and the ninth SoCon Regular Season title in school history.

The match began with singles action after a two-and-a-half hour delay pushed the match past the anticipated start time. Miguel Este (Caracas, Venezuela) defeated Phillip Quinn to jump start things with a 6-1, 6-1 victory in the No. 6 singles position. The Bulldogs then tied the match at 1-1 from the No. 5 slot as Gavin Stewart bested Chris Mikrovas (Athens, Greece), 6-2, 6-1. From that point on, it was all ETSU as the Bucs claimed the final four singles contests beginning with Juan Lugo’s (Maracay, Venezuela) 6-0, 6-2 victory over Jack Pyritz. The match was officially clinched when one of the two seniors, Sergi Fontcuberta (Barcelona, Spain), defeated Roy Hobson in the top singles spot, 6-3, 6-3. David Gonzalez (Barcelona, Spain) was the other ETSU senior, picking up a 6-4, 6-3 win over Noah Nawabi in his final match at the Dave Mullins Tennis Complex.

ETSU carried the 5-1 lead into doubles play, quickly snatching the doubles point with victories in all three positions. Mikrovas and Este set the tone early with a 6-2 victory in the top slot, shortly before Lugo and Taisei Miyamoto (Chiba, Japan) corralled a 6-2 victory of their own. Gonzalez and Fontcuberta polished off a strong senior campaign with a 7-5 victory in the No. 2 doubles slot.

The Bucs will return to action on Thursday, April 18 in the opening round of the 2019 SoCon Championship in Macon, Ga. ETSU will find out its opponent at a later time.