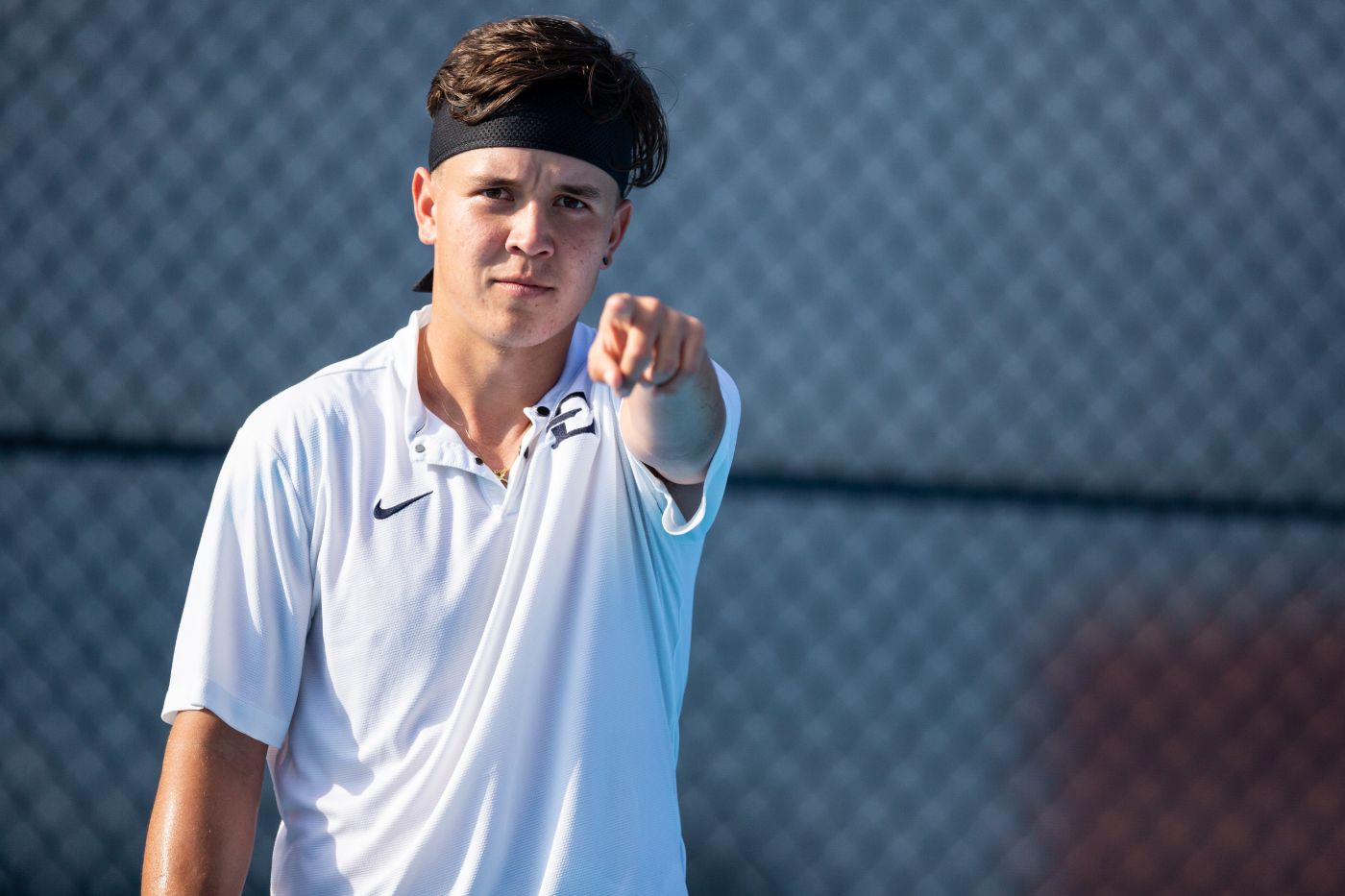 Bucs to open SoCon Tournament with The Citadel

MACON, Ga. (April 17, 2019) – The ETSU Buccaneers Men’s Tennis team will jump start the 2019 Southern Conference tournament with a showdown against The Citadel on Thursday, April 18 at 1 p.m. The Bucs enter the tournament as the top seed and the Bulldogs have been labeled as the eight seed. The match will be played at the John Drew Smith Tennis Center in Macon, Ga.

Getting to Know the Bucs
The Bucs enter the tournament as the hottest team in the conference with eight consecutive victories and a perfect 7-0 mark in league play. ETSU concluded the regular season against The Citadel on April 13 with a 6-1 victory, locking down the outright 2019 Regular Season SoCon Title. The Bucs are led in singles play by Frazier Rengifo (Cali, Colombia) and Yusuf Khamis (Cairo, Egypt), both with a 17-2 mark on the year. Khamis has won 13 consecutive matches to pace the squad. Both Rengifo and Khamis were named to the All-SoCon team in singles play, with Rengifo garnering a spot on the First Team. Sergi Fontcuberta (Barcelona, Spain) and Juan Lugo (Maracay, Venezuela) also received All-SoCon honors in singles action, with Fontcuberta joining Rengifo on the First Team with a 13-6 record. Lugo joined Khamis on the second team with a 12-5 mark on the season.

Fontcuberta and David Gonzalez (Barcelona, Spain) were the top doubles squad on the Bucs, earning a slot on the All-SoCon Second Team after posting a 12-2 mark together. As a unit, ETSU finished 36-18 in doubles play during the regular season, claiming the doubles point in 16 of the 21 matches this year. The success in doubles play carried over to a dominating singles performance in which the Blue & Gold finished 86-28.

Clashing with The Citadel
The Citadel concluded the regular season with a 9-23, including an 0-6 mark in conference play. The Bulldogs have lost two consecutive matches and eight of their last nine contests. All nine of The Citadel’s wins came against non-Division I opponents. Gavin Stewart leads the Bulldogs in wins during the spring with a 15-14 mark on the season. Stewart accounted for The Citadel’s lone point against ETSU, picking up a 6-2, 6-1 win in the No. 5 position. As a team, the Bulldogs are 65-127 in singles play this spring and 26-63 in doubles action.

About the SoCon Tournament
The SoCon Tournament will be a three-day event, held in Macon, Ga. at the John Drew Smith Tennis Center. Day one will feature four quarterfinal matches, with the first match starting at 1 p.m. and the final match starting at 3 p.m. The semifinal round will be held on Friday, April 19 at 2 p.m., followed by the championship match on Saturday, April 20 at 2 p.m.

Should the Bucs upend the Bulldogs on Thursday, ETSU will then play the winner of No. 4 Wofford and No. 5 Samford.