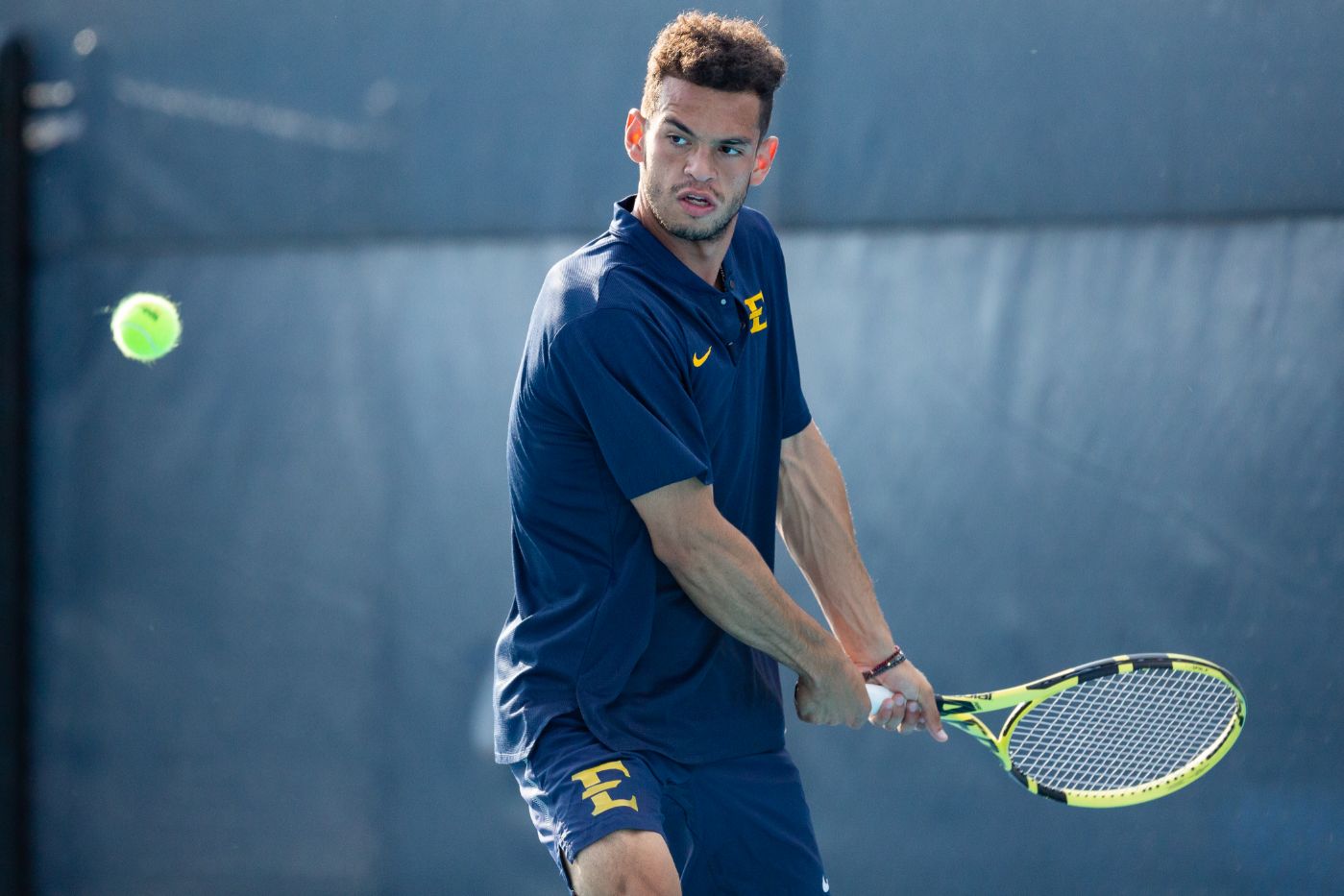 MACON, Ga. (April 18, 2019) – The ETSU Buccaneers Men’s Tennis made quick work of The Citadel in the opening round of the 2019 Southern Conference Men’s Tennis Championship, defeating the Bulldogs by the final of 4-0. The match lasted just under an hour-and-a-half as the Bucs cruised into the semifinals on Friday, April 19.

The Bucs began the match with a strong 6-4 victory in the No. 3 doubles slot as Sergi Fontcuberta (Barcelona, Spain) and David Gonzalez (Barcelona, Spain) proved why they are an all-conference doubles tandem. Immediately following their victory, the doubles point was clinched with Yusuf Khamis (Cairo, Egypt) and Frazier Rengifo (Cali, Colombia) picking up an identical 6-4 win in the No. 2 position.

Miguel Este (Caracas, Venezuela) picked up his team-best 14th consecutive singles win, dominating over Phillip Quinn by the final of 6-0, 6-1 from the No. 6 singles slot to double the ETSU lead to 2-0. Juan Lugo (Maracay, Venezuala) displayed why he was named to the Second Team All-SoCon squad in singles play, pulling the Bucs within one point of the victory with a 6-0, 6-2 triumph over Willem van Zyl in the No. 3 position. Fontcuberta put the icing on the cake from the No. 2 singles slot, racing past Jack Pyritz with a 6-0, 6-1 win to clinch the match for the Blue & Gold.

The Bucs were in the driver’s seat in the remaining three courts, claiming the first set victory in each match before the contest was halted.

The Bucs will be back in action on Friday, April 19 in the SoCon semifinals when they take on fourth-seed Wofford at 2 p.m. at the John Drew Smith Tennis Center.