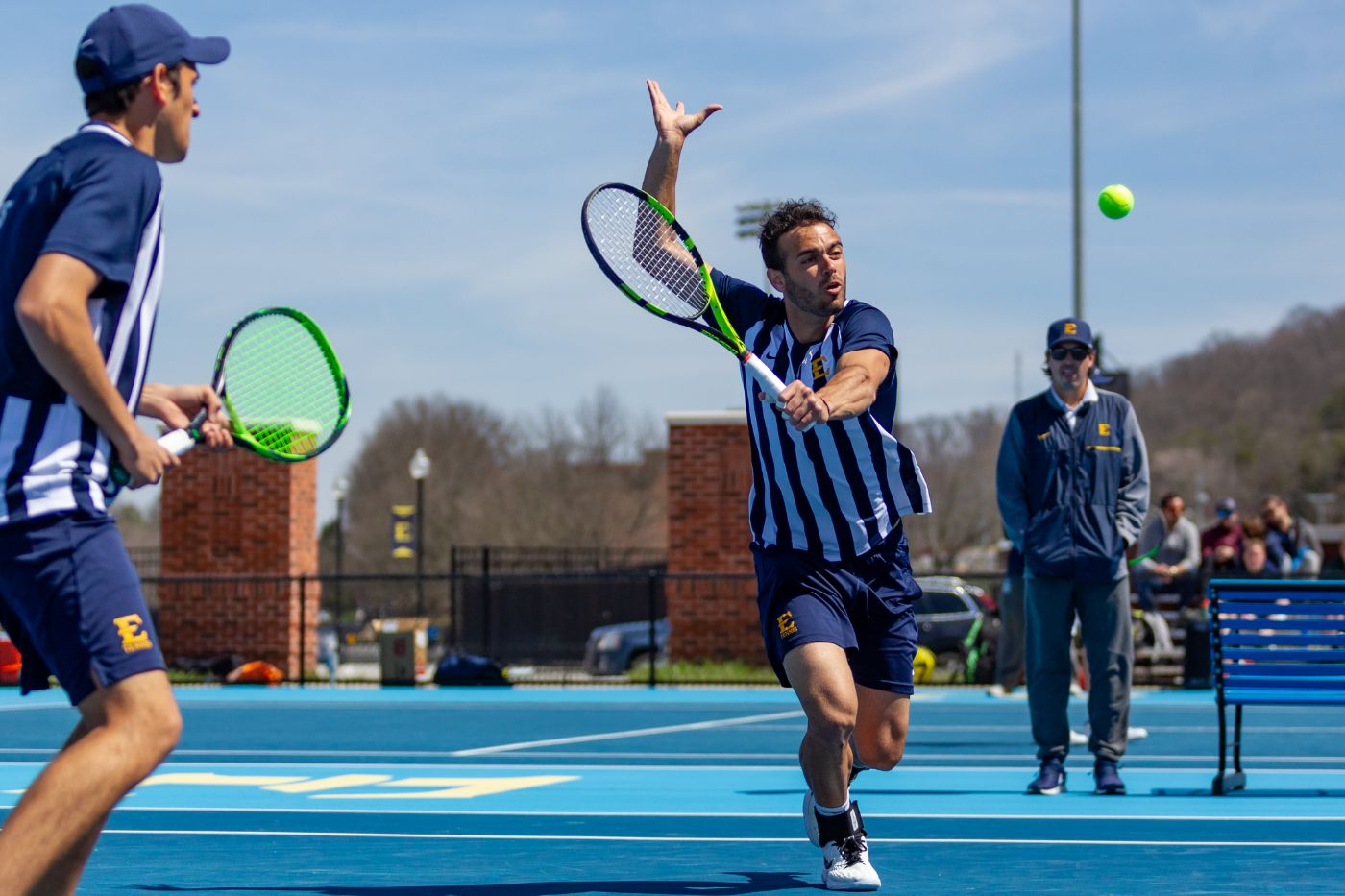 MACON, Ga. (April 20, 2019) – After nearly a 24-hour waiting period, the ETSU Buccaneers Men’s Tennis team finally concluded the Southern Conference semifinals match, dominating Wofford by the final of 4-0. With the win, the Bucs locked their place into the SoCon Championship match for the second consecutive season. The semifinal match was delayed nearly 24 hours from its original start time as rain spread across the John Drew Smith Tennis Center in Macon, Ga.

Doubles play began on Friday afternoon but was suspended due to weather, continuing this afternoon as the Bucs maintained their advantage. Yusuf Khamis (Cairo, Egypt) and Frazier Rengifo (Cali, Colombia) started the match off with a 6-4 win over Bryce Keim and Javi Casasolas in the No. 2 doubles position. The doubles point was secured from the No. 3 slot as the Spain duo dominated yet again with a 6-3 win over Kyle Barr and Diego Losada. The victory by Sergi Fontcuberta (Barcelona, Spain) and David Gonzalez (Barcelona, Spain) was the 14th doubles victory this spring by the duo.

For the second consecutive day Miguel Este (Caracas, Venezuela) dominated in the No. 6 singles position, this time with a perfect 6-0, 6-0 victory over Kyle Barr to stretch the ETSU lead to 2-0. The Bucs pulled one point closer from the No. 3 singles slot after Juan Lugo (Maracay, Venezuela) cruised past Edu Villar in convincing fashion, 6-2, 6-1. ETSU punched its ticket into the SoCon Championship after Fontcuberta bested Omar Williams in straight-set fashion, 6-2, 6-3 for his 15th win of the spring.

The Bucs will return to action later this evening at 6:30 p.m. as ETSU will take on Furman in the 2019 SoCon Championship match. This will be a rematch of the 2018 SoCon Championship where the Bucs bested the Paladins by the final score of 4-2.