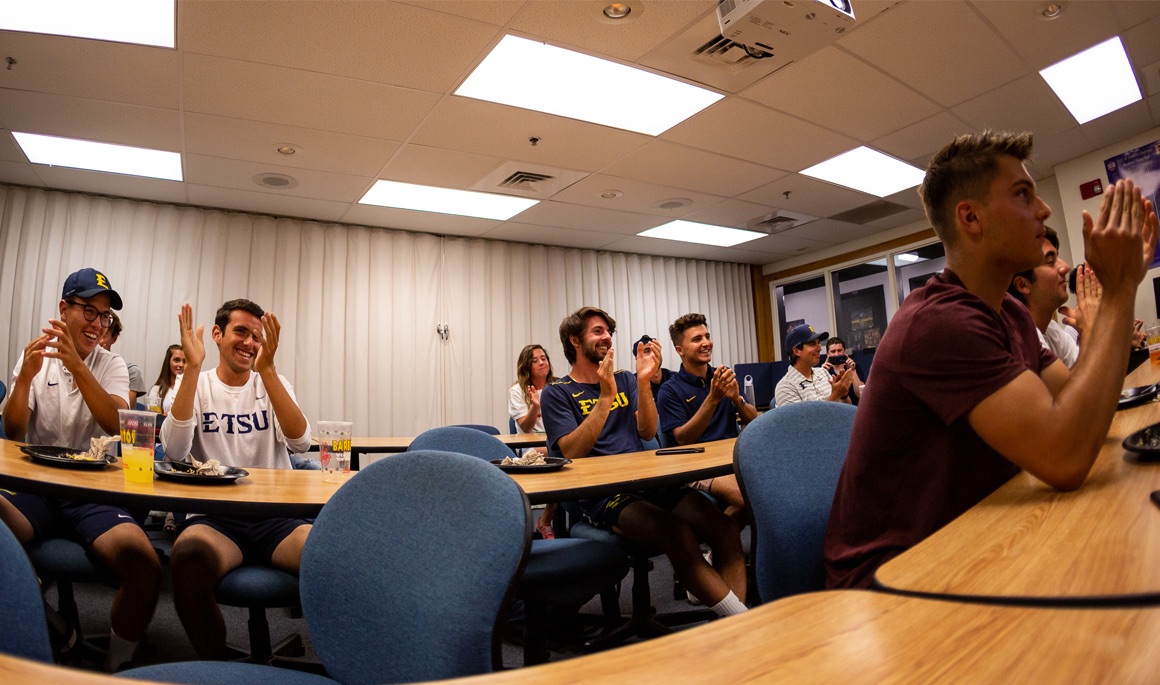 JOHNSON CITY, Tenn. (April 29, 2019) -- The ETSU men’s tennis team learned its destination and opponent for the 2019 NCAA Tournament as the bracket was announced Monday evening during a selection show on NCAA.com. The Buccaneers will head to Charlottesville, Va. to face No. 17 South Carolina in the opening round on Friday, May 3, at 10 a.m. from the Snyder Tennis Center.

The Bucs, who earned the automatic bid after winning the Southern Conference Tournament with a 4-2 victory over Furman in the championship match back on April 20, enter the NCAA Tournament on an 11-match winning streak and an overall record of 20-4.

“We are happy to be one of the 64 teams to continue their season and be playing in the NCAA Tournament,” said head coach Martin Stiegwardt. “We’ve been anxious because everyone keeps asking ‘where do you think you are going to go,’ so it’s finally good to know who and where we will be playing. Every team who makes the NCAA Tournament is tough and we will see a strong opponent in South Carolina.

“We won the conference tournament but we also had a very good year. We only lost four matches and three of them went down to the wire (being 4-3 results). We were really consistent this year and played a tough schedule, which will help us this weekend.”

Coach Stiegwardt will guide the Blue and Gold to the NCAA Tournament for his second straight season at the helm, while ETSU is eyeing its third postseason win as the Bucs defeated Notre Dame in 2008 and Alabama in 2010. Overall, this marks the Bucs’ 13th NCAA Tournament appearance in the 21 years since the tournament adopted the team format in 1999.

“I think we have a good matchup in playing against South Carolina," said senior Sergi Fontcuberta. “We have a good shot, and we're excited to see how it turns out.”

South Carolina, who will be making its 25th appearance in the NCAA Tournament, enters play with an overall record of 17-9. The Gamecocks advanced to the semifinals of the SEC Tournament, which included a win over No. 11 Texas A&M. South Carolina is one of 10 SEC teams who made the field of 64.

The winner of ETSU-South Carolina will face the winner of No. 5 Virginia-St. John’s in the second round on Saturday at 1 p.m.