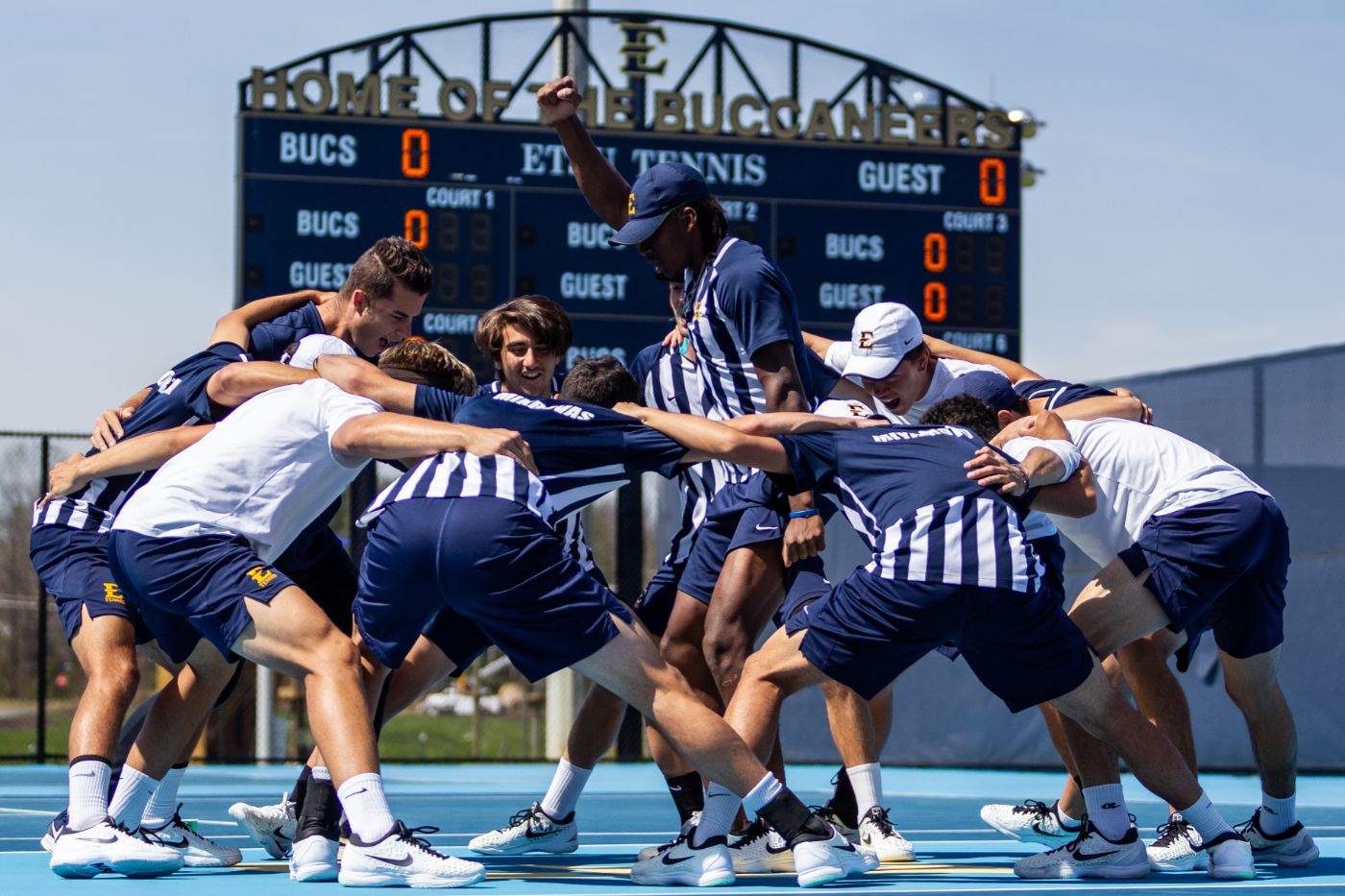 Bucs to battle Gamecocks in Virginia

CHARLOTTESVILLE, Va. (May 2, 2019) – After winning yet another Southern Conference Championship, the ETSU Buccaneers Men’s Tennis team is geared up for the NCAA Tournament which will begin on Friday, May 3 with a 10 a.m. showdown against South Carolina. ETSU’s first round match will be held in Charlottesville, Va. at the Sheridan Snyder Tennis Center.

Getting to Know the Bucs
The Bucs are fresh off winning their ninth SoCon title and second consecutive championship over Furman after a 4-2 victory on April 20 in Macon, Ga. ETSU enters the NCAA Tournament winners of 11 consecutive matches and 17 of its last 18 contests. Miguel Este (Caracas, Venezuela) was tabbed as the tournament’s Most Outstanding Player after finishing undefeated in the SoCon Championship, including winning all three singles matches. Este holds a team-high 19 singles wins this season and has claimed 16 consecutive victories. The Bucs are led in the top of the lineup by Frazier Rengifo (Cali, Colombia) with an 18-2 record in singles play, including 13-2 at the top slot. ETSU is led in doubles play by Sergi Fontcuberta (Barcelona, Spain) and David Fontcuberta (Barcelona, Spain) as the Spain seniors are 14-3 when playing side by side, including 13-2 in the No. 3 doubles slot.

The Bucs are looking for their first NCAA Tournament win since defeating Notre Dame by the final score of 4-2 on May 10, 2008 in Columbus, Ohio.

Getting to know the Gamecocks
South Carolina enters the tournament ranked No. 17 in the latest ITA Rankings that were released yesterday. The Gamecocks are 17-9 on the season with 12 of their wins coming in Columbia, S.C. South Carolina is led in singles action by Paul Jubb with a 19-2 singles record and ranked as the No. 5 singles player in the latest rankings. Daniel Rodrigues is the other Gamecock found inside the ITA Top 125 for singles play, holding the No. 82 ranking with a 17-7 record. South Carolina holds two doubles rankings with Jubb and Raphael Lambling ranked No. 46 with a 4-6 record, while Lambling and Rodrigues are ranked No. 52 with a 5-4 mark on the season.