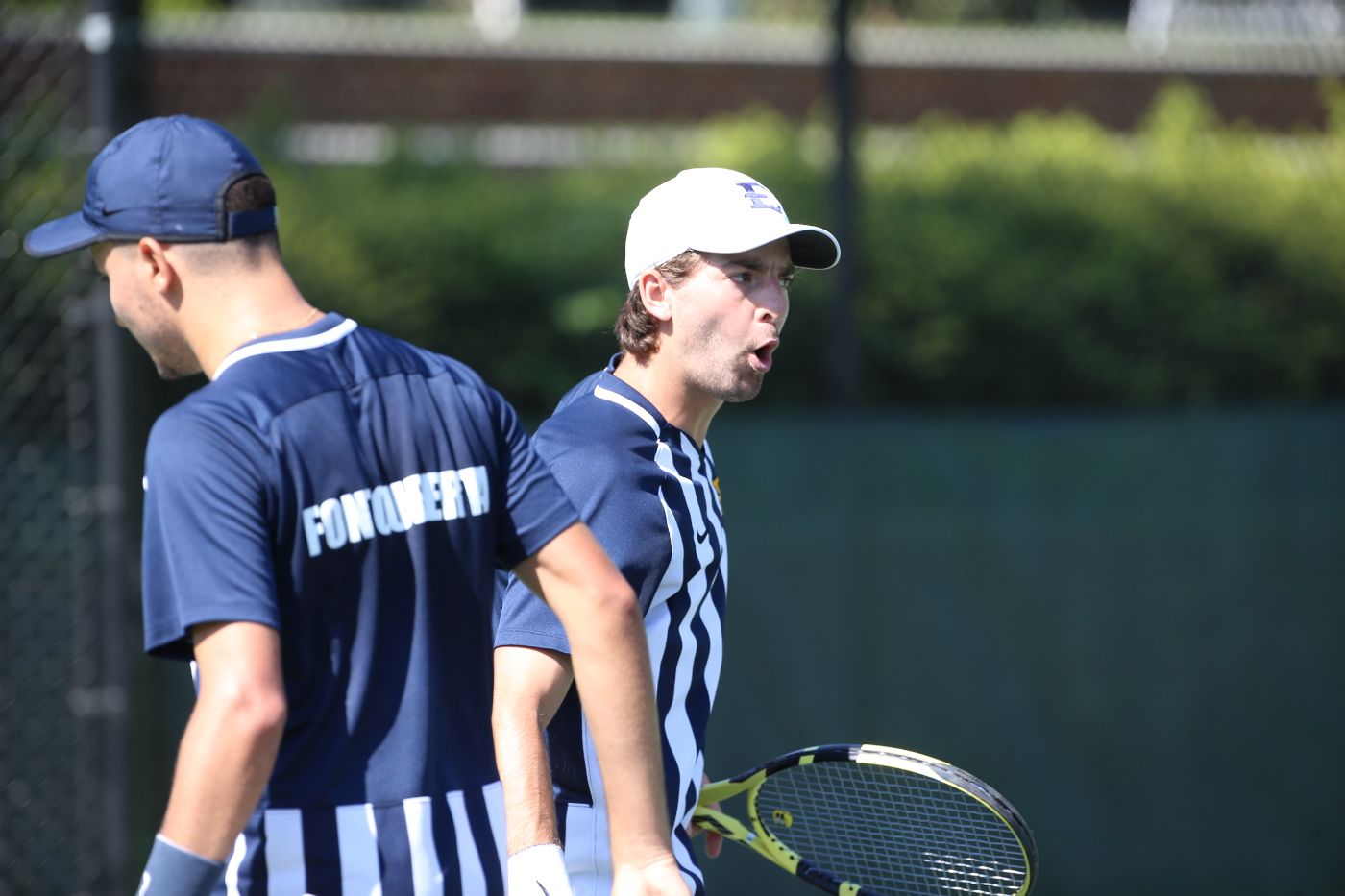 Bucs Fall to Gamecocks in NCAA First Round
Related Links

CHARLOTTESVILLE, Va. (May 3, 3019) – The ETSU Buccaneers Men’s Tennis team saw its phenomenal season come to an end on Friday afternoon, falling to No. 17 South Carolina by the final score of 4-0 in Charlottesville, Va. in the opening round of the 2019 NCAA Men’s Tennis Championship. With the loss, the Bucs conclude their season with a 20-5 record.

The Gamecocks kicked off the match with a pair of wins in doubles play, claiming a 6-2 victory in the top slot followed by a 6-3 triumph in the No. 2 doubles position for the 1-0 lead.

South Carolina’s Daniel Rodrigues (#83) doubled the lead to 2-0 with a 6-2, 6-3 victory over ETSU’s Sergi Fontcuberta (Barcelona, Spain) in the No. 2 singles slot. The Gamecocks then pulled one point closer in the No. 6 slot as Thomas Brown upended Miguel Este (Caracas, Venezuela) in straight sets, 6-2, 7-5. Este’s loss snapped a 16-match winning streak for the Venezuela junior. The match was clinched in the top singles slot as the No. 5 singles player, Paul Jubb, bested Frazier Rengifo (Cali, Colombia) 7-5, 6-3 to stretch the final to 4-0.