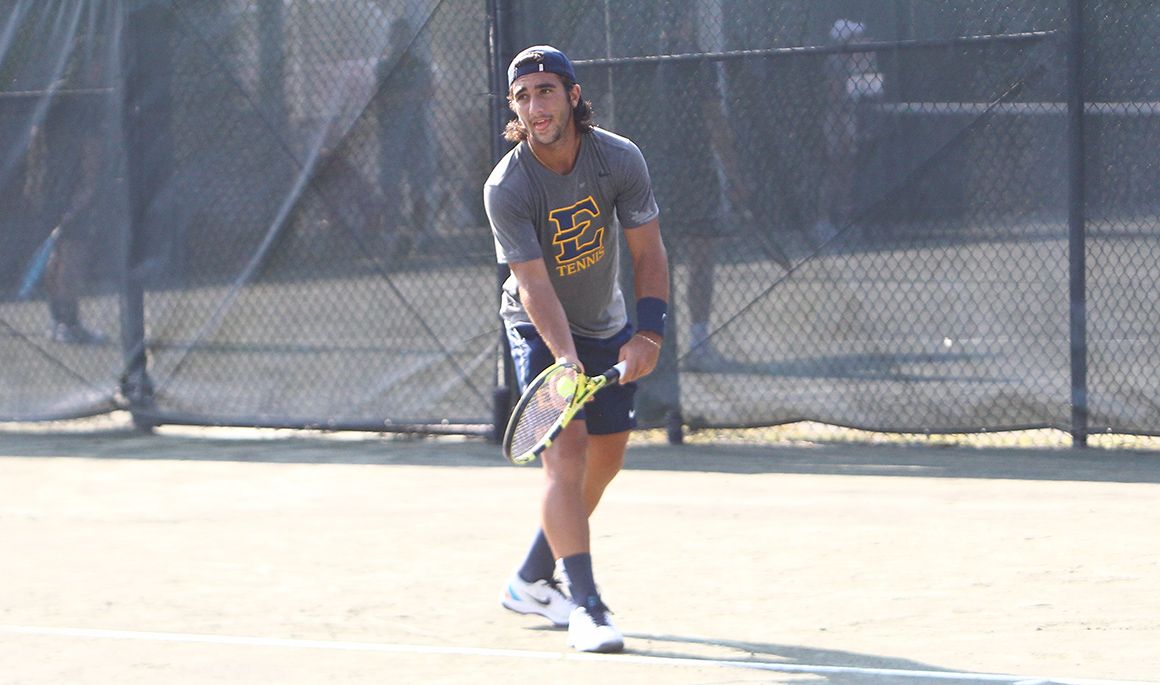 Badra had a strong showing in his first fall tournament with the Buccaneers, finishing 3-1 in singles play to win the consolation draw. After a tough loss to begin the event, Badra claimed three consecutive victories in the consolation bracket. The Venezuela native’s first win was a straight-set, 6-3, 6-2 victory over Nikolai Manchev of UAB. Badra then claimed a 6-0, 6-4 triumph over Christos Kyrillou of Eastern Illinois in the consolation semis before burying Daniel Janko (UAB) in the finals, 4-6, 6-4, 1-0 (11).

Este dropped an opening three-setter to Patrick Sydow of Memphis, forcing him to a similar consolation draw. The Venezuela senior then rebounded with a 6-2, 7-6 (4) victory over Troy’s Javier Llinares. Este’s final singles win came against UAB’s Nikola Puric by the final of 6-3, 2-0. Puric ended the match after retiring from play, surrendering the victory to Este.

Badra and Este paired up as the lone doubles tandem for the Bucs in the 5C’s, dropping the first match in a tightly contested showdown with Puric/Janko (UAB) by the final score of 8-6. The Buccaneer duo then bounced back with a 7-6 (4) win over Chattanooga’s own Jacob Marshall and Turner Voges. Badra and Este capped off the tournament with an appearance in the doubles consolation finals, falling to UAB’s Giovani Pasini and Tom El Safadi, 7-5.

Mikrovas was the final singles competitor for the Bucs, competing in three singles contests. Things did not pan out for the Greece native in the first three matches of the fall, falling to 0-3 in tournament play.