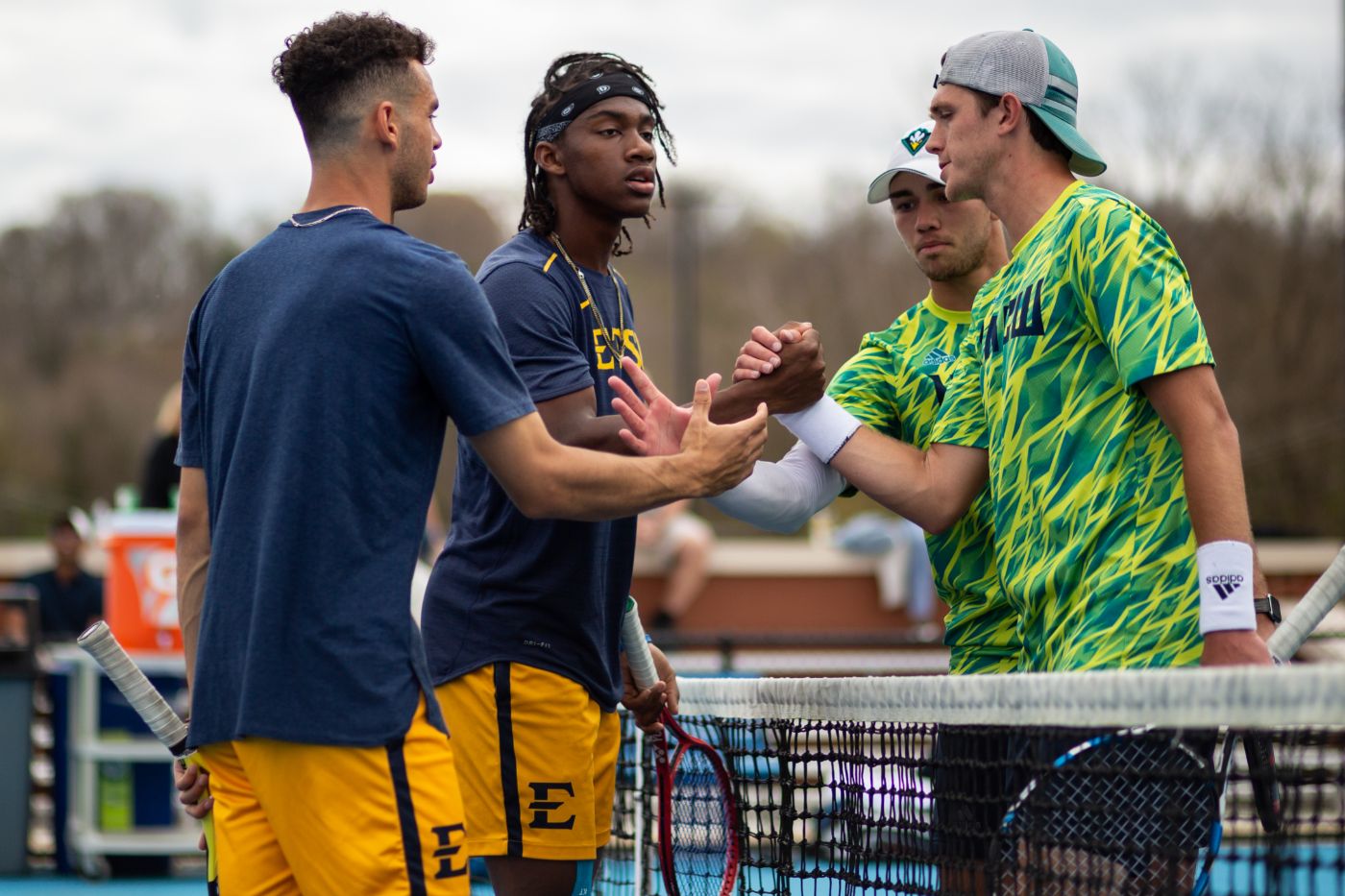 COLUMBIA, S.C. (Sept. 19, 2019) – The ETSU Men’s Tennis team will send Frazier Rengifo (Cali, Colombia) and Yusuf Khamis (Cairo, Egypt) to Columbia, S.C. to take part in the Gamecock Fall Invitational hosted by South Carolina on Friday, Sept. 20 - Sunday, Sept. 22. This will be the fall debut for both Rengifo and Khamis.

Rengifo enters the tournament fresh off being tabbed as the No. 85 singles player in the ITA Preseason Rankings. Rengifo is coming off a standout sophomore season in which he finished 18-3 and was named to the All-SoCon First Team. The Colombia native became the first Southern Conference competitor to claim five SoCon Player of the Week honors.

Khamis is also fresh off a dominating sophomore campaign, finishing with the best winning percentage in singles play for the Bucs after a 17-2 (.895) record, including 13 consecutive victories to conclude the season. Khamis posted a team-best, seven match-clinching victories, including a pair of wins in SoCon action as he helped the Bucs claim a second consecutive title.

The duo of Khamis and Rengifo will compete in doubles action against Cleeve Harper and Chih Chi Huang of Texas in the Black Doubles Draw on Saturday at 8 a.m.