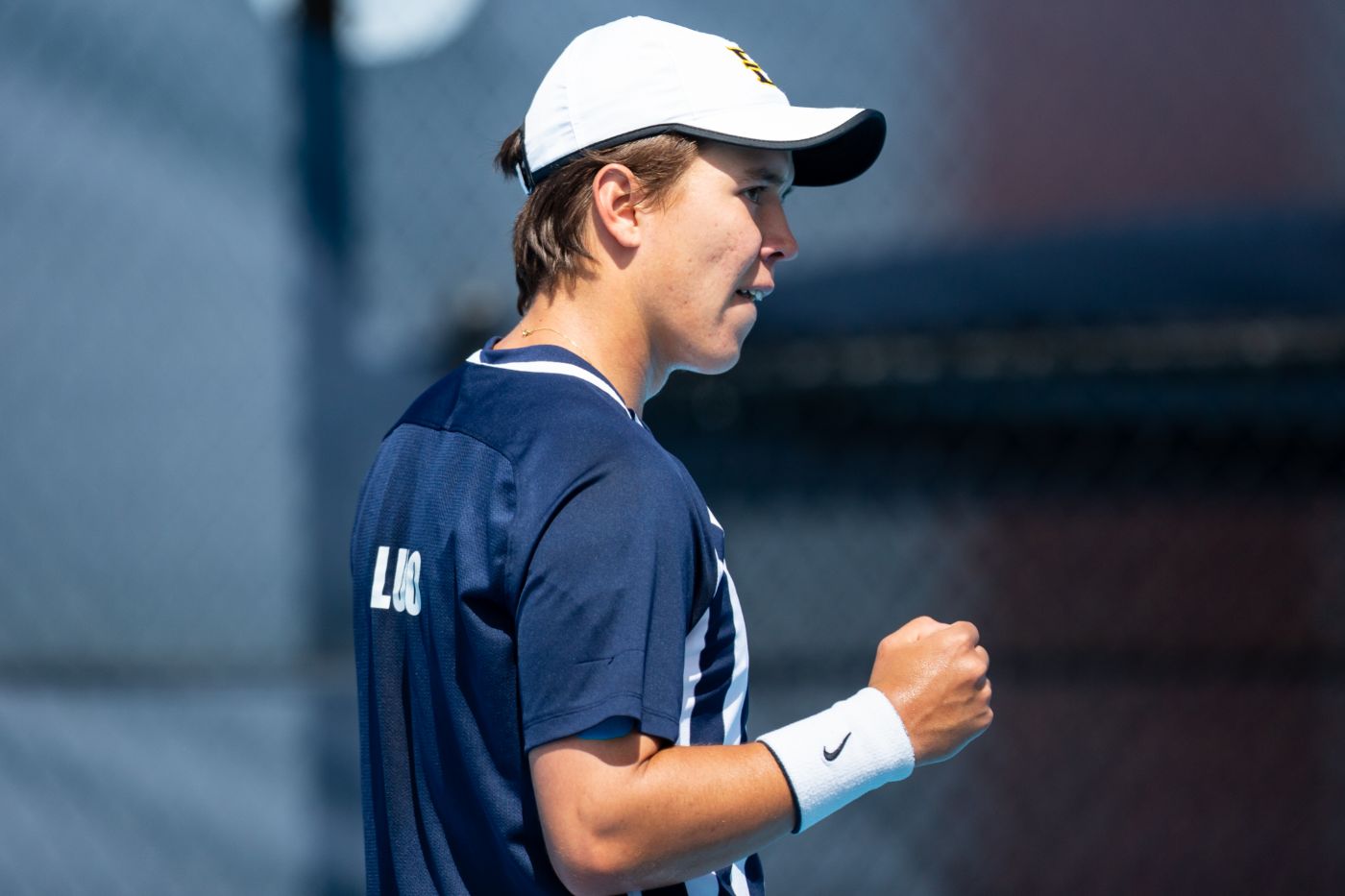 Bucs Successful in Day One of ITA Regionals

ETSU finishes 3-2 in doubles and 4-1 in singles

Lugo and Rengifo began the event with a dominating 8-2 win over Jorge Rodriguez Agudo and Nathan Schwartz of Northern Kentucky. The ETSU duo then upended 40th ranked Chris Edge and Tom Moonen of Middle Tennessee State, 8-5, to advance to the quarterfinals unscathed.

Dylan Bednarczyk (Ontario, Canada) and Miguel Este (Caracas, Venezuela) started off doubles play with a win over Jeremy Taylor and Marshall Sullivan of Memphis, 8-6. The Buccaneer doubles tandem then dropped an 8-5 decision to Macsen Sisam and Adam Sraberg of Vanderbilt in the second round.

The Bucs competed in five singles matches in the opening round of the ITA Regional event, with Lugo falling 6-3, 6-1 to Oscar Cutting of Memphis. Dimitri Badra (Maracay, Venezuela) picked up the first singles win with a straight-set victory over Ball State’s Danilo Kovacevic, 6-4, 7-5. Bednarczyk earned a 7-5, 7-5 victory over Northern Kentucky’s Felipe Hidalgo, while Este crept past Kentucky’s Gabriel Diallo, 7-6(4), 7-5 and into the second round.

The final singles victory of the evening belonged to Rengifo who had the more interesting matchup, squaring off with former teammate and Belmont newcomer Taisei Miyamoto. Rengifo bested Miyamoto 6-4 in the opening set before falling 6-4 to set up a third. The Colombia native would not be denied his second round appearance, cruising past Miyamoto in the final set, 6-1.

The Bucs will be back in action on Friday with the second round of singles play as well as doubles action and consolation draws.