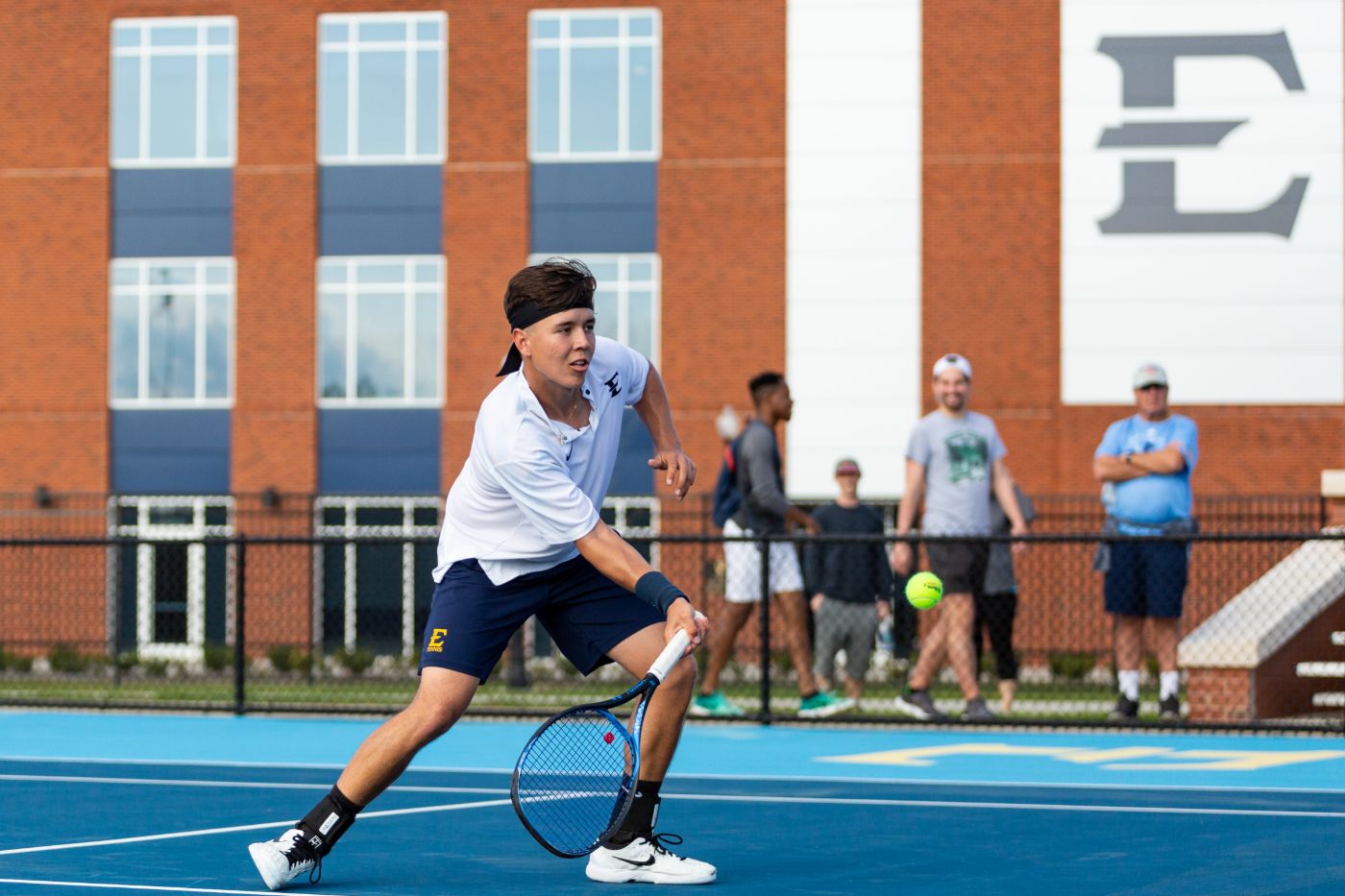 BIRMINGHAM, Ala. (Nov. 3, 2019) – The ETSU Buccaneers men’s tennis team saw its fall season come to a strong conclusion in Birmingham, Ala. as the Bucs claimed one main draw championship and three consolation brackets in the 2019 CCB Invitational. ETSU finished 10-5 in singles play during the three-day event, while recording a 5-1 doubles record.

Miguel Este (Caracas, Venezuela) and Dimitri Badra (Maracay, Venezuela) led the charge for the Bucs, finishing 6-2 combined in singles and a perfect 3-0 doubles mark. The duo swept through the White Doubles draw to claim the championship, beginning with an 8-5 win over Samford’s Rossouw Norvel and Max Rebol. The Venezuela pair then claimed an identical 8-5 win over Louisiana’s Jamie Fraser and Karlo Kajin. Badra and Este capped off the doubles bracket with an 8-6 finale over host Alabama’s Avi Shugar and Sam Fischer.

Both Badra and Este won their respective consolation draws after being bounced from the winner’s bracket in the first match, just to go on a 3-0 spurt to finish the tournament. After dropping a tough three-set loss to Henry Lovett (Tulane), Este bounced back with a three-set triumph of his own over Alabama’s Fischer, 6-1, 3-6, 6-3. Este then picked up consecutive two-set victories over Pierce Gilhenny of Louisiana (6-2, 6-3) and Akos Kotorman of Tulane (6-0, 6-4). Badra experienced a similar path to his consolation championship, falling the first match in three-set fashion and retaliating with a 6-1, 6-0 win over South Alabama’s Leon Petko. Badra concluded his fall season with consecutive wins over Kacper Dworak of Louisiana (6-3, 6-2) and Alabama’s Marco Garza, 6-1, 6-4.

Dylan Bednarczyk (Ontario, Canada) was the only Buccaneer to win a first-round singles match, doing so against Cotter Wilson of Ole Miss, 6-4, 6-3. The junior transfer then upended Giovani Pasini of UAB in straight sets, 6-3, 6-1 before dropping a semifinals match to Fraser of Louisiana, 6-2, 6-1.

Bednarczyk and Juan Lugo (Maracay, Venezuela) competed in the Crimson Doubles draw together, winning the consolation side of the bracket after a first-round loss to Kotorman and Tim Ruetzel of Tulane, 8-5. After a victory via the walk over, the ETSU duo earned an 8-2 win over Petko and Sebastian Collard of South Alabama, 8-2, wrapping up fall competition in style.

The Bucs will return to action on Jan. 17, 2020 when ETSU travels to Boca Raton, Fla. to take on a pair of Sunshine State opponents. ETSU will first compete against Florida Atlantic on Jan. 17 before turning its sights on South Florida on Jan. 18.