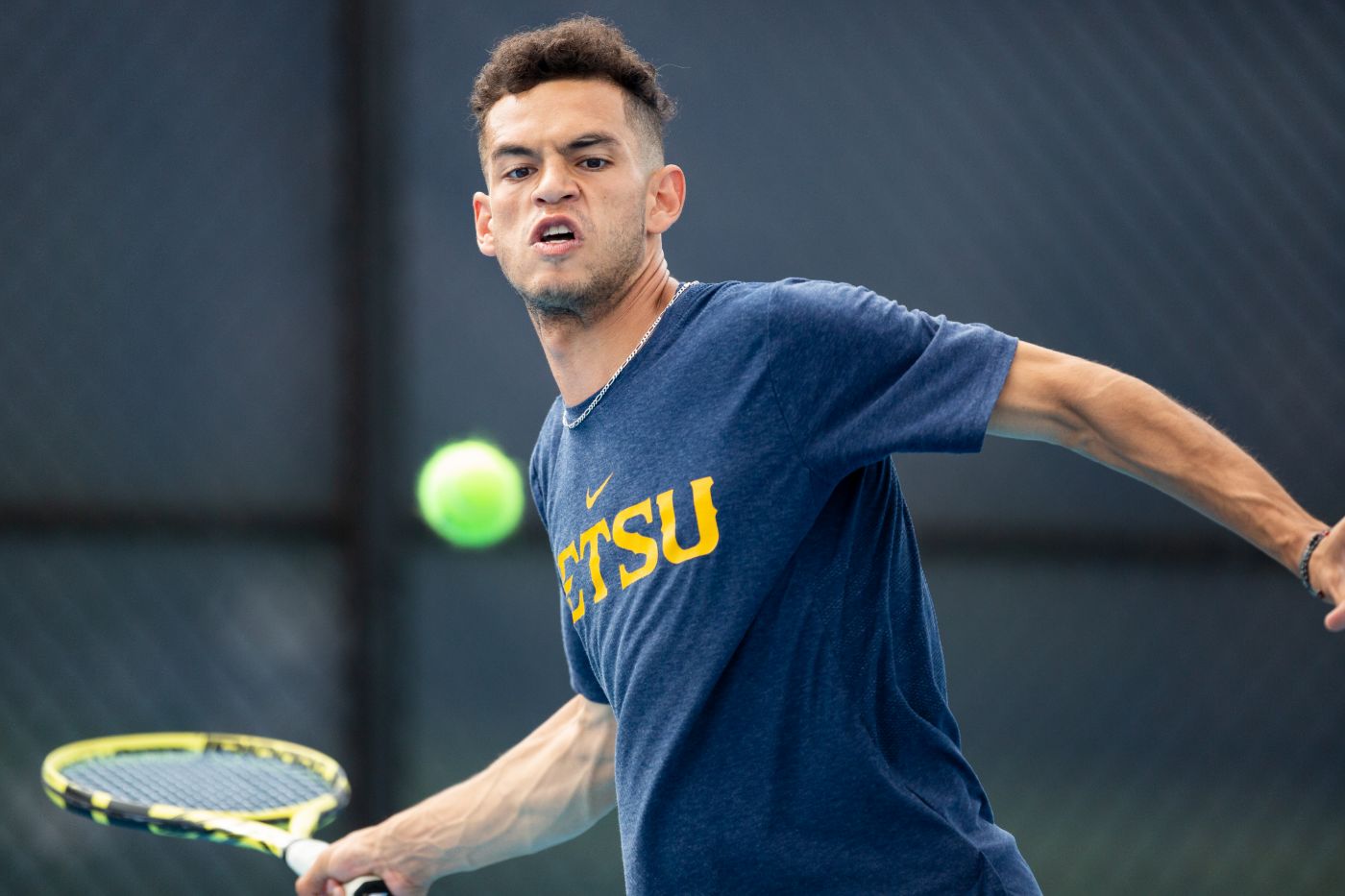 Owls’ Singles Play too much for Bucs
Related Links

ETSU falls in the season opener, 4-3, in Boca Raton

The Bucs proved too tough to handle in doubles action, winning the first two doubles matches to claim the coveted point. Juan Lugo (Maracay, Venezuela) and Yusuf Khamis (Cairo, Egypt) got the match started off with a dominating 6-2 win in the No. 2 doubles position over Jason Legall and Gerard Escandell. Shortly after their win, another ETSU duo claimed a doubles match as Miguel Este (Caracas, Venezuela) and Dimitri Badra (Maracay, Venezuela) cruised to a 6-3 win in the No. 3 doubles slot over Alvaro Fernandez Horta and Hunter Robbins, claiming the doubles point.

Florida Atlantic flipped the script, winning the next two singles matches to claim its first lead of the match at 3-2. Legall upended Frazier Rengifo (Cali, Colombia) 6-2, 6-4 in the top singles position, followed by Escandell’s win over Badra in the No. 4 position, 7-6(3), 6-1.

Este pushed the match to the final point after winning 7-6(5), 6-0 in the final singles position, besting Thomas Guy in straight sets to even the match at 3-3 to set up the dramatic finish.

As the Venezuela native clinched his match, Florida Atlantic’s Horta extended his match with Lugo to a third set. The competitors split the first two sets with Lugo winning 6-4 in set one and Horta winning 7-6(7) in the second. Horta carried his momentum into the third set and cruised to the 6-0 win in the final set, claiming the match and win for the Owls, 4-3.

The Bucs will return to action tomorrow with a neutral-site showdown against South Florida at noon in Boca Raton, Fla.