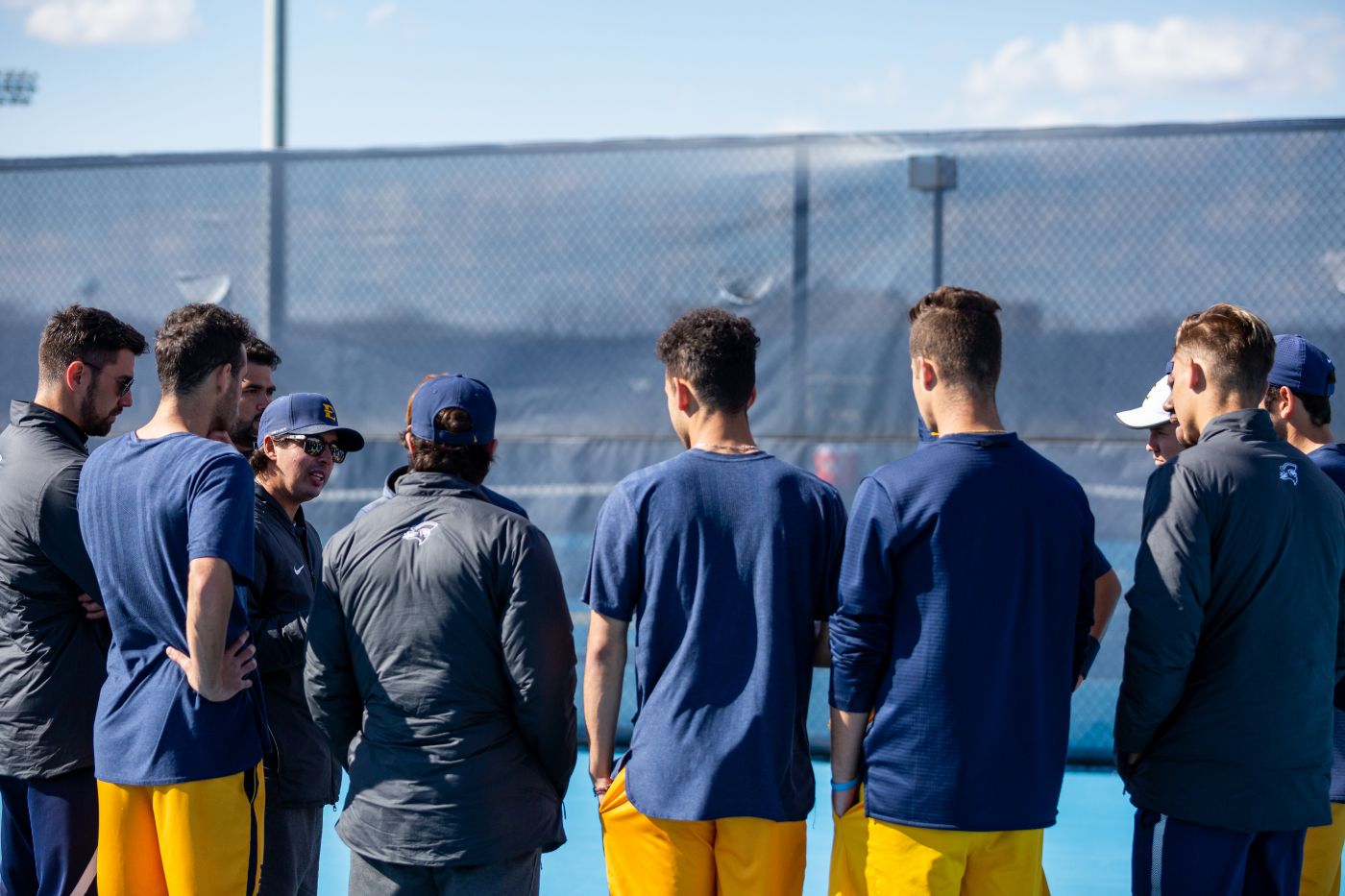 BOCA RATON, Fla. (Jan. 18, 2020) – The ETSU Men’s Tennis team dropped its second match in as many days, falling to No. 34 South Florida by the final score of 6-1. With the loss, the Bucs conclude their Sunshine State trip with a pair of tough losses, falling to 0-2 on the season.

The Bulls quickly jumped on the board after claiming the doubles point with identical 6-3 wins in both the No. 2 and No. 3 doubles positions.

USF doubled its lead to 2-0 with a straight-set win in the No. 3 singles slot, the only two-set showdown of the match. The Bucs won the first set on four of the six courts, but were unable to close the matches in the second set. The Bulls extended their lead to 3-0 following Chase Ferguson’s three-set victory over Frazier Rengifo (Cali, Colombia) in the top singles position, 4-6, 6-2, 6-1. The match was secured from the No. 4 singles slot as Antonio Muniz put away ETSU’s Dimitri Badra (Maracay, Venezuela) despite falling in the first set (7-5), eventually winning 6-3, 6-4 in the final two sets.

The Bucs’ lone singles win came from Yusuf Khamis (Cairo, Egypt) in the No. 2 singles hole, defeating Jakub Wojcik in three sets, 6-2, 5-7, 7-5. Khamis improves to 2-0 on the season with his second singles triumph in as many days.

The Bulls claimed the final two singles matches from the No. 5 and No. 6 position, doing so in three-set fashion.

ETSU returns to action on Friday, Jan. 24 when the Blue & Gold travel to Winston Salem, N.C. to take part in the ITA Kickoff Weekend. The Bucs will begin the event by taking on host Wake Forest, ranked No. 7 in the latest ITA rankings. ETSU will then take on either Penn State or Kentucky on Saturday, Jan. 25.