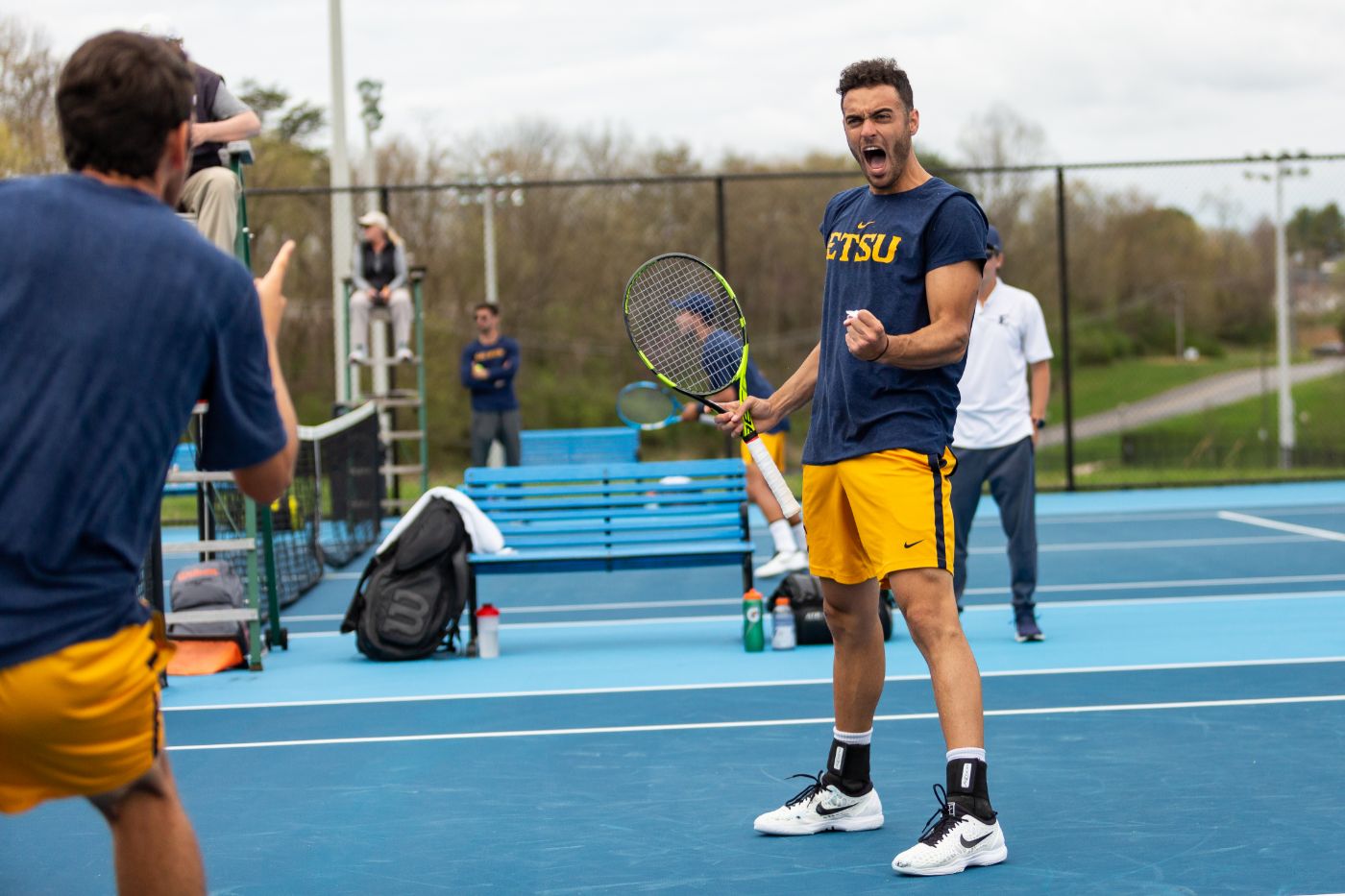 ETSU Takes No. 7 Wake Forest Down to Wire
Related Links

Wake Forest started the match with a convincing 6-1 win in the No. 3 doubles position to gain the early momentum. The final two doubles battles went down to the wire, needing a tiebreaker in each match. Juan Lugo (Maracay, Venezuela) and Yusuf Khamis (Cairo, Egypt) picked up a crucial 7-6 (10-8) win in the top doubles slot over Eduardo Nava and Henri Squire to draw even for the coveted point. The doubles point fell in the hands of ETSU as Chris Mikrovas (Athens, Greece) and Frazier Rengifo (Cali, Colombia) earned a 7-6 (8-6) win of their own to put the Bucs on top, 1-0.

The Demon Deacons evened the match at one apiece after Nava upended Thiago Pernas (Buenos Aires, Argentina) in straight sets (6-2, 6-1). Pernas made his collegiate debut for the Bucs in Friday’s match. Wake Forest claimed a second and third consecutive singles match from the No. 2 and No. 3 singles slot to take the 3-1 advantage.

ETSU closed the gap to 3-2 after Khamis continued his winning ways with his third consecutive singles win, besting Taha Baadi in three sets from the top singles slot. Following a narrow 7-5 loss in the first set, Khamis regained composure to best Baadi 6-3, 6-4 in the final two sets for the win.

Wake Forest’s Rrezart Cungu, ranked No. 56 in ITA Top 125, clinched the match from the No. 5 singles position after defeating Dimitri Badra (Maracay, Venezuela) in three-set fashion, 4-6, 7-5, 7-5.

The Bucs will return to action tomorrow at 2 p.m. in the consolation draw of the ITA Kickoff, squaring off with Penn State in Winston-Salem, N.C.