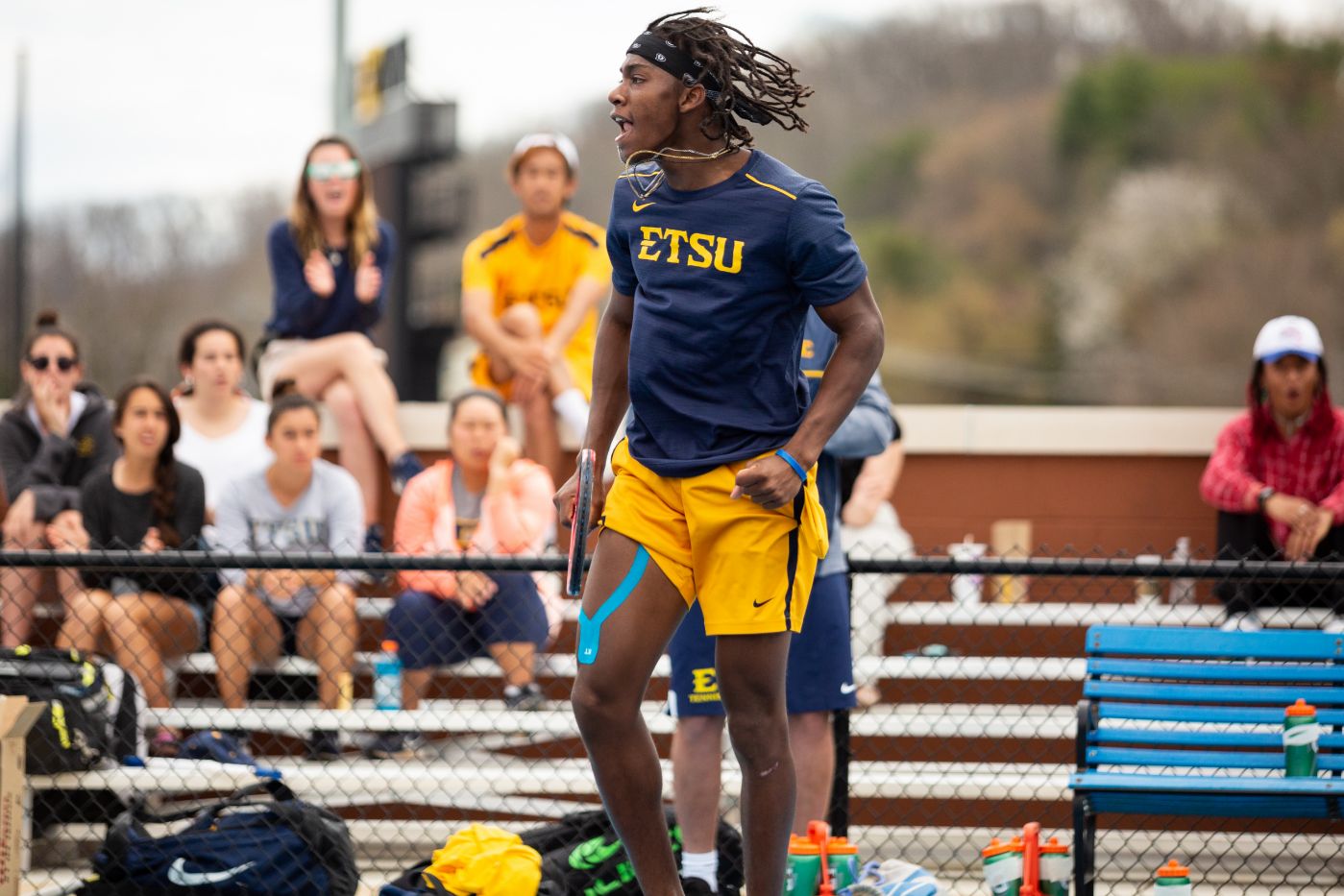 PROVO, Utah (Feb. 1, 2020) – For the second consecutive day, the ETSU Men’s Tennis team dropped a ranked match in the state of Utah. The Bucs fell to 46th-ranked BYU by the final of 4-3, despite leading 3-1 with three singles matches to play. With the loss, ETSU falls to 1-5 on the season.

BYU claimed the doubles point early with a 6-0 win in the No. 2 position, followed by a 6-3 win from the No. 3 doubles slot.

The Bucs evened the match from the No. 4 singles slot as Dimitri Badra (Maracay, Venezuela) picked up his first win of the spring, a 6-1, 6-4 victory over Matheus F. Leite. ETSU pulled ahead for the 2-1 lead as Juan Lugo (Maracay, Venezuela) upended Ben Gajardo from the No. 3 singles position, 6-4, 6-2. The Blue & Gold secured their third and final point from the No. 2 singles position as Frazier Rengifo (Cali, Colombia) fended off Mateo Vereau Melende, 6-4, 6-3 to give the Bucs the 3-1 lead with three singles matches.

The Cougars would not fold, clawing back after winning the No. 1 and No. 5 singles matches. BYU captured the No. 1 singles match after forcing a third set in which Yusuf Khamis (Cairo, Egypt) dropped his first match of the season, 7-5, 4-6, 4-6. Following the win in the No. 5 singles slot, Brocton Andrus forced a third set of his own over Dylan Bednarczyk (Ontario, Canada) with a 6-2 win in the second set. Andrus held off Bednarczyk in the third and final set, 6-4, securing the win for the home squad.

ETSU returns home for its home opener on Sunday, Feb. 9 at noon against VCU. The match is scheduled to be played at the Dave Mullins Tennis Complex, but could move to the Bristol Racquet Club pending the weather.