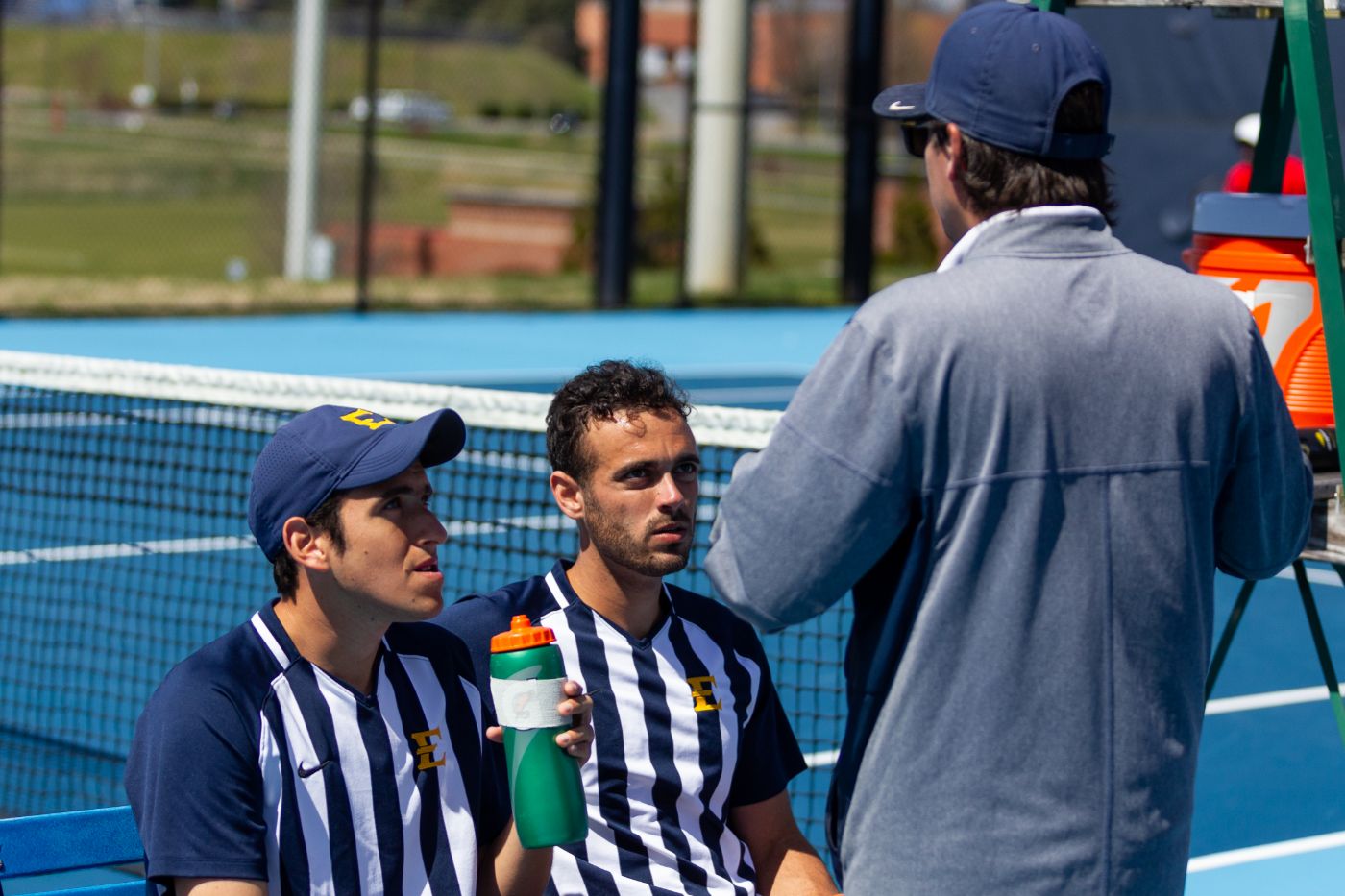 BRISTOL, Tenn. (Feb. 9, 2020) – The ETSU Men’s Tennis squad opened up its home schedule on Sunday, hosting the VCU Rams at the Bristol Racquet Club in Bristol, Tenn. The Bucs dropped the home opener, 4-2, slipping to 1-6 overall in the early season.

One of the two Buccaneer points came in doubles action as the home squad claimed the No. 1 and 3 doubles matches. Frazier Rengifo (Cali, Colombia) and Chris Mikrovas (Athens, Greece) began the match with a 6-2 win against Charles Bertimon and Lleyton Cronje. Following a 6-3 loss in the No. 2 doubles slot, Miguel Este (Caracas, Venezuela) and Dimitri Badra (Maracay, Venezuela) secured the doubles point for the Blue & Gold. The Venezuelan duo bested Tomas Balazi and Daniel Khin, 7-6 (7-5).

The Rams kicked off singles play with consecutive straight-set victories in the top two singles slots, winning 6-4, 6-3 in the top spot and 6-1, 6-0 in the second position.

Badra evened the match for the Bucs from the No. 4 singles slot with a three-set victory over Rayane Stable. The redshirt-sophomore dropped the first frame 6-3 but responded with 6-4, 6-4 victories in the second and third set.

VCU claimed the lead for good after Timo Zgraggen upended Thiago Pernas (Buenos Aires, Argentina) in the fifth spot, 6-3, 6-4 for the 3-2 advantage. The Rams shut the door on the match after Inigo Torre Martin earned a three-set victory of his own over Juan Lugo (Maracay, Venezuela), 6-4, 3-6, 6-2.

The Bucs are back in action on Sunday, Feb. 16 with an 11 a.m. match against Appalachian State. The match is scheduled to be played at the Dave Mullins Tennis Complex but may be moved to the Bristol Racquet Club due to weather.