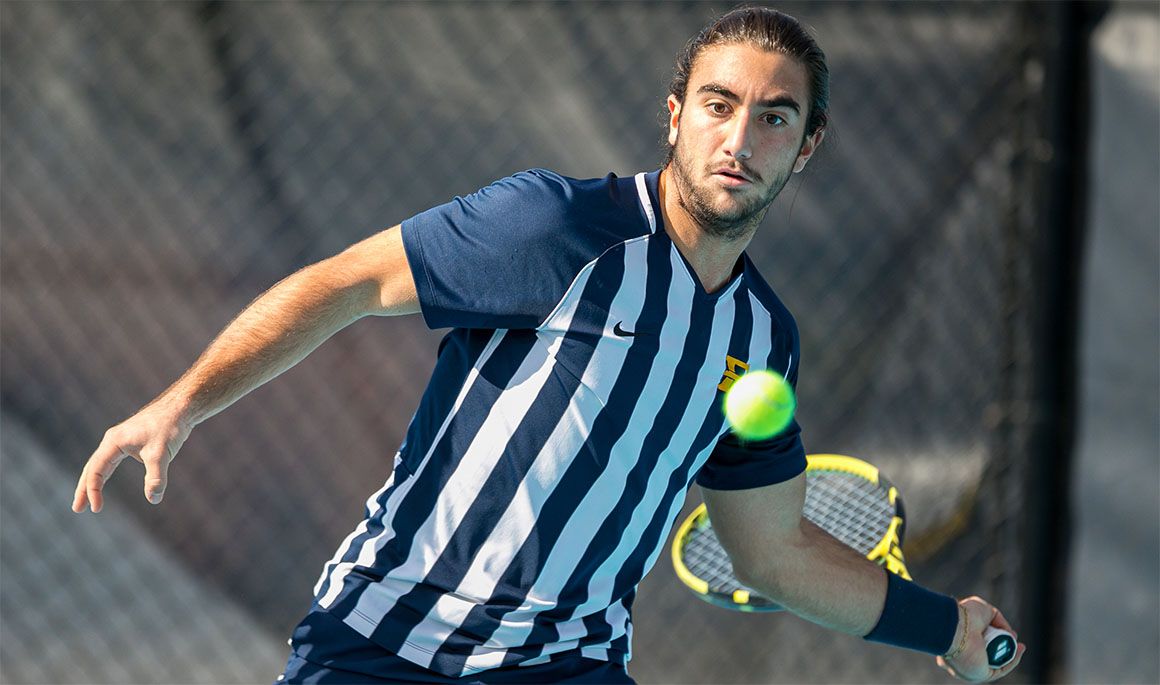 Bottom of the Lineup Delivers in 5-2 Victory
Related Links

JOHNSON CITY, Tenn. (Feb. 16, 2020) – The ETSU Men’s Tennis team won its first true home match of the season, defeating Appalachian State by the final score of 5-2 at the Dave Mullins Tennis Complex. Following the win, the Bucs improved to 2-6 on the season and have now snapped a three-match slide.

The doubles point went in favor of the home squad, winning the showdowns from the No. 2 and No. 3 doubles slots. Miguel Este (Caracas, Venezuela) and Dimitri Badra (Maracay, Venezuela) started the match off with a 6-1 win over Alessio Azzalini and Matvey Radionov. The point was clinched from the No. 2 slot after Juan Lugo (Maracay, Venezuela) and Dylan Bednarczyk (Ontario, Canada) bested Aleksandar Petrovic and Zion Heaven, 6-3.

Badra jump started the singles wins with a straight-set victory over Alex Pavkovich in the No. 4 position. Badra won the first set 6-3 before cruising to a dominating 6-0 win in the second set. Following Badra’s win, Thiago Pernas (Buenos Aires, Argentina) picked up his first collegiate singles win with a 6-3, 6-2 triumph over Heaven in the No. 5 singles position.

The match was clinched from the top spot after Yusuf Khamis (Cairo, Egypt) defeated Petrovic for his team-leading fifth singles win. Khamis upended Petrovic in the first set 6-3 before fending off his opponent 6-4 in the second set to seal the Bucs’ win.

ETSU claimed one more point from the match as the ever-reliable Este earned a 6-4, 7-5 win in the No. 6 singles position, improving to 4-2 on the campaign.

The Bucs will return to the court on Saturday, Feb. 22 when the Blue & Gold hit the road to take on Southern Conference foe, Samford, in Birmingham, Ala. The showdown with the Bulldogs will be the conference opener for both teams.