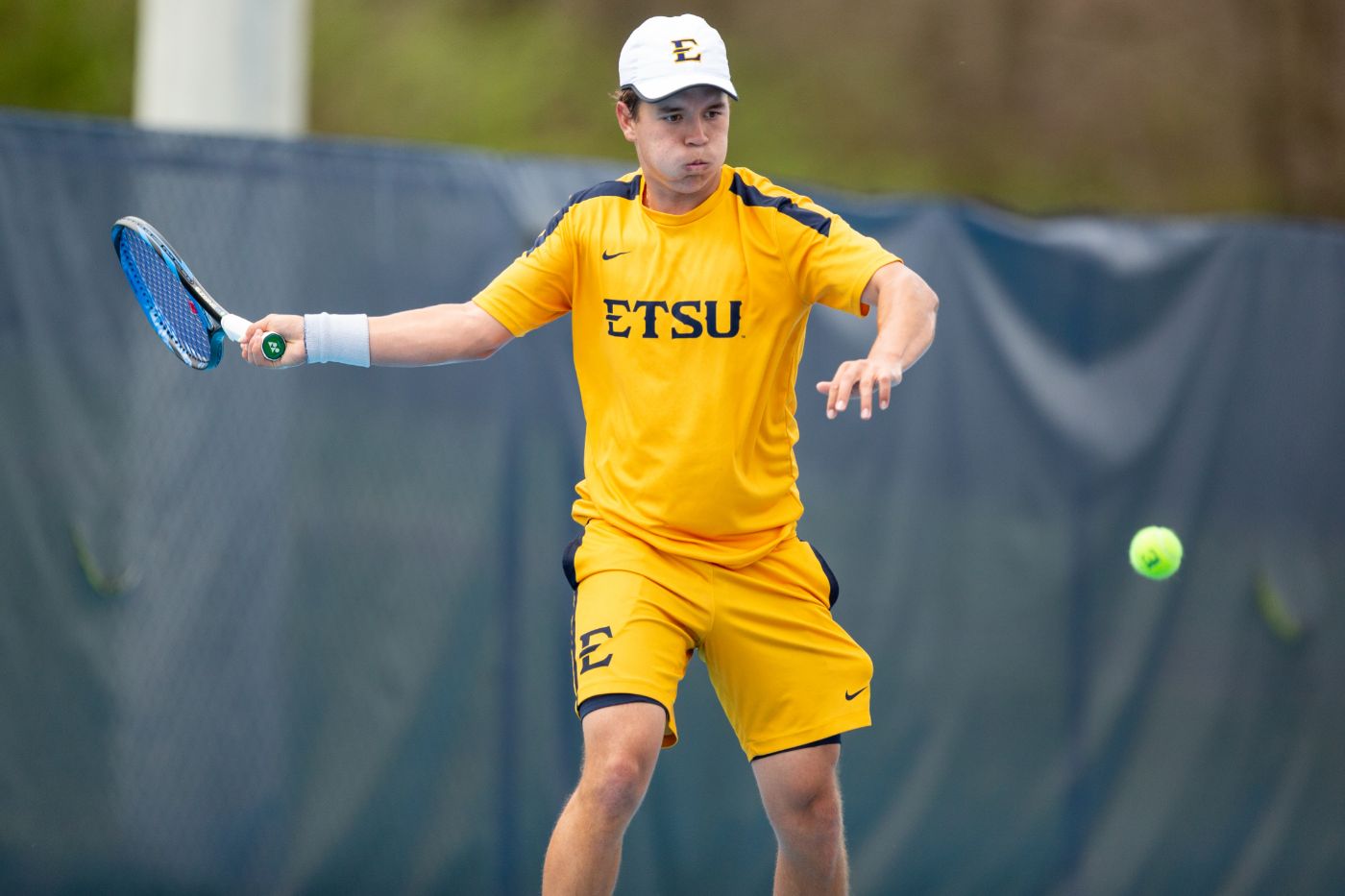 JOHNSON CITY, Tenn. (Feb. 29, 2020) – The ETSU Men’s Tennis team picked up an impressive 4-0 win over Charlotte on Saturday afternoon at the Bristol Racquet Club in Bristol, Tenn. With the win, ETSU improves to 5-6 on the season after winning its fourth consecutive match.

ETSU claimed the doubles point for the fifth consecutive match, cruising to a 1-0 lead early in the match. Chris Mikrovas (Athens, Greece) and Frazier Rengifo (Cali, Colombia) started things for the Bucs in the No. 1 doubles position with a 6-2 triumph over Benjamin Wayand and Henry Lieberman. The point was clinched from the No. 3 position after Dimitri Badra (Maracay, Venezuela) and Miguel Este (Caracas, Venezuela) upended Ignasi de Rueda and Cole Brainard, 6-3.

Juan Lugo (Maracay, Venezuela) extended the ETSU lead to 2-0 from the No. 3 position after a straight-set, 6-0, 6-2 domination over Christoforou. Following Lugo’s win, Rengifo pulled the Bucs within one point of clinching the match with a 7-5, 6-4 win over Wayand in the second singles slot.

The fourth consecutive ETSU victory was clinched, this time from the No. 4 position as Badra defeated Leonardo Menezes in three set. Badra claimed the first set 6-3 before dropping a 6-3 decision in the second set. The Venezuela native buckled down in the final set to cruise to a 6-1 triumph, pushing ETSU to the 4-0 victory.

The Bucs will return to action by hosting UNCG in its second SoCon tilt of the season, this time at the Dave Mullins Tennis Complex. ETSU’s showdown with the Spartans will commence at 1 p.m. on Sunday.