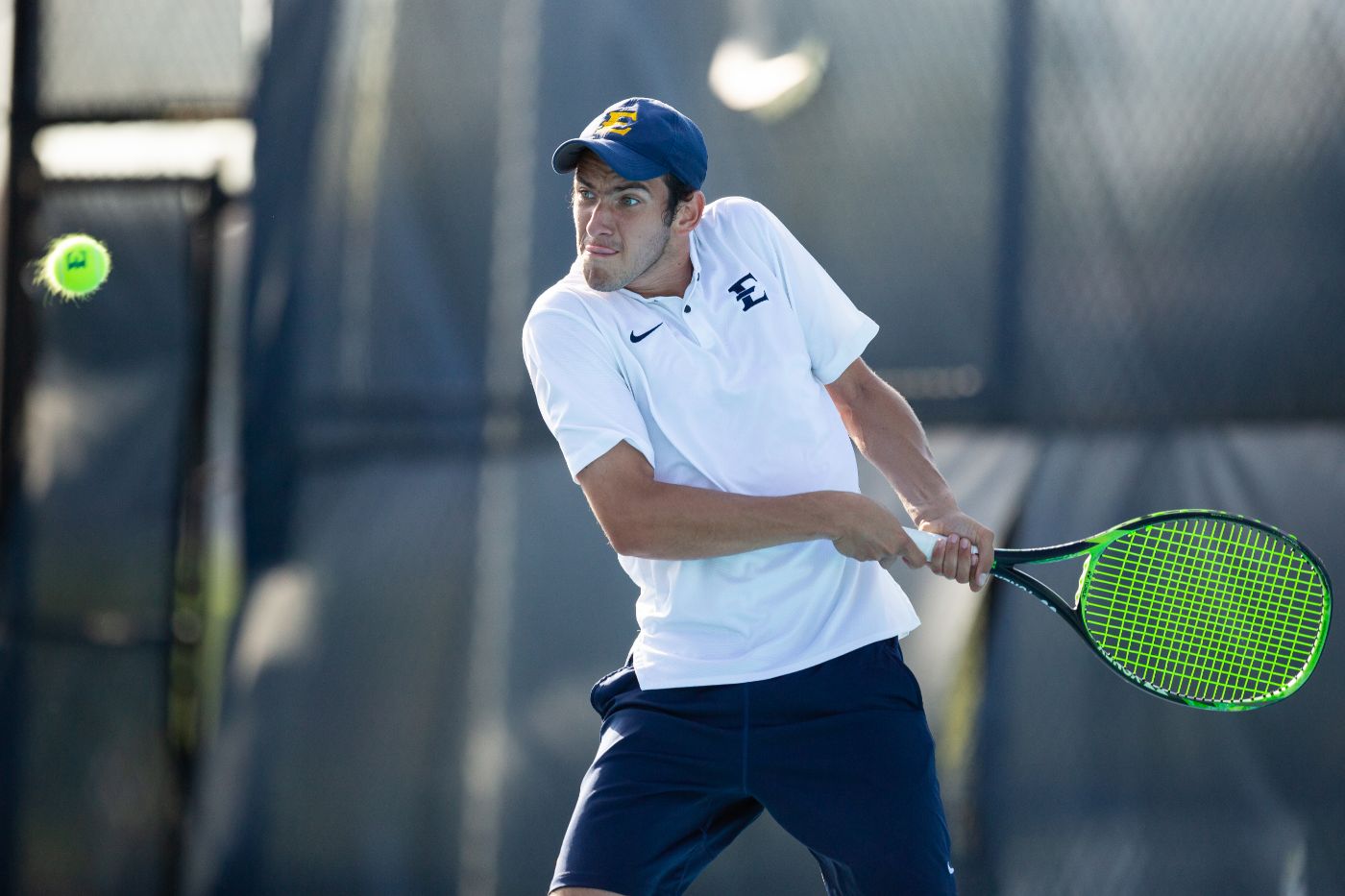 CLEMSON, S.C. (March 7, 2020) – No opponent has proven too big for the Bucs this season and that showed on Saturday as the ETSU Men’s Tennis team toppled another ranked opponent, this time defeating 46th-ranked Clemson by the final score of 4-1. The Bucs have gone toe-to-toe with several ranked opponents this year and have now defeated one in a true road match with the win over the Tigers today in Clemson, S.C.

Clemson took the early lead following a pair of doubles victories in the No. 1 and No. 2 positions, winning a pair of 6-3 battles.

ETSU drew even from the No. 4 singles slot as Dimitri Badra (Maracay, Venezuela) defeated Matteo Vialmin in straight set, 6-1, 6-2. The win for Badra was his eighth of the season and sparked a dominating singles run by the Bucs. Following Badra’s win, Miguel Este (Caracas, Venezuela) earned his eighth win of the season with a 6-1, 6-1 triumph over Mike Agee in the No. 6 position to put the Bucs ahead, 2-1.

Needing just two more wins for the upset victory, ETSU got its wish from the No. 3 and No. 2 singles slots. Juan Lugo (Maracay, Venezuela) pulled the Bucs within one of the marquee win following a 6-2, 6-3 victory over Carlos Kelaidis in the third position. The match was clinched by reigning Southern Conference Player of the Week, Frazier Rengifo (Cali, Colombia), in the No. 2 singles hole. Rengifo went toe-to-toe with Teodor Giusca, fending off the Clemson competitor in the first set by the score of 7-5(7-5). The two opponents played tight in the second set as well, with Rengifo holding off Giusca yet again by the score of 6-4, giving ETSU its second ranked win of the season.

ETSU is back in action with a SoCon doubleheader on Friday, March 13 and Saturday, March 14. The Bucs will first take on Mercer at the Dave Mullins Tennis Complex in Johnson City, Tenn. on Friday at 1 p.m., followed by hosting Wofford on Saturday at 2 p.m.