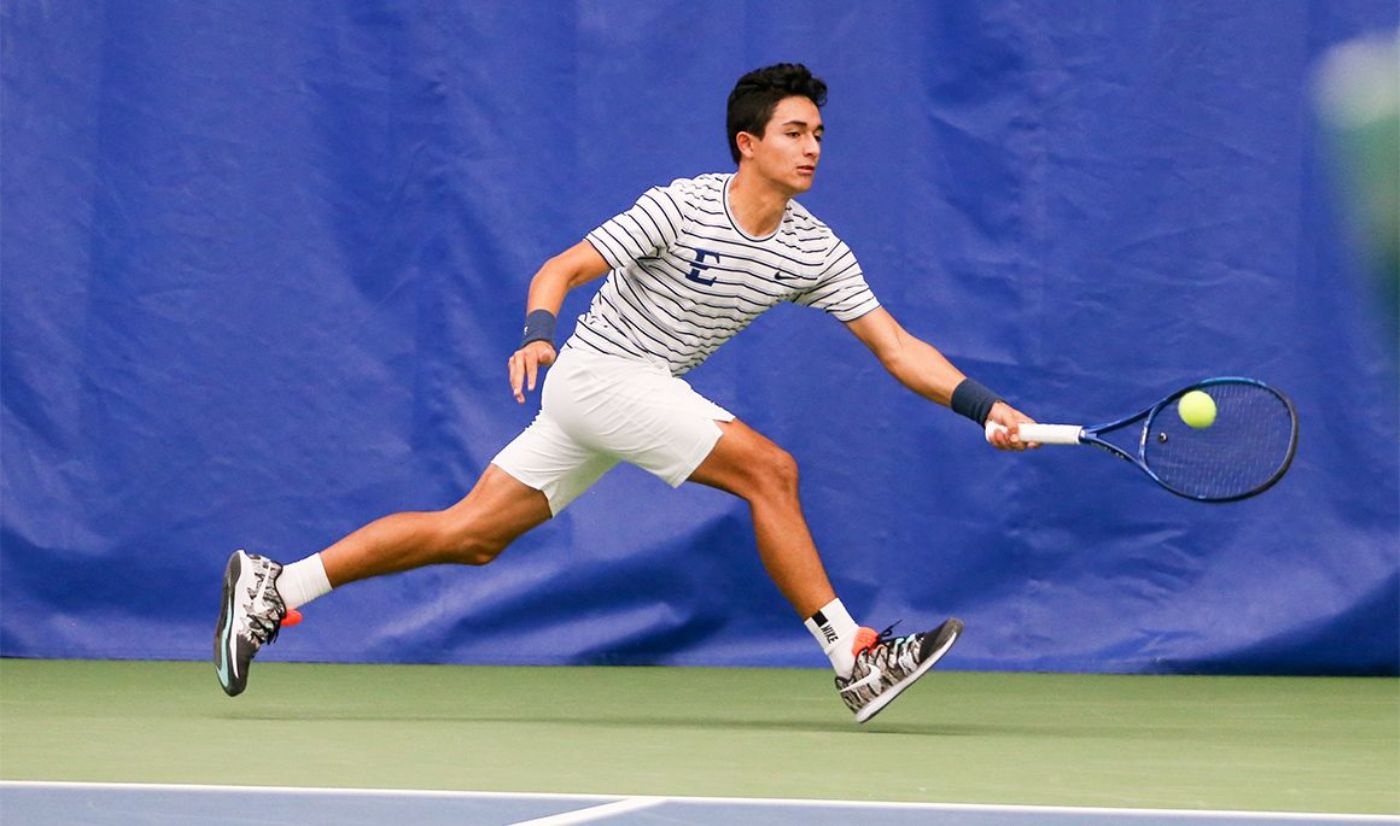 LEXINGTON, Ky. (Jan. 24, 2021) – Despite close matches in singles play, the ETSU Men’s Tennis team found itself on the wrong end of a 5-2 decision against No. 25 Kentucky on Sunday afternoon in Lexington, Ky. With the loss, the Bucs fall to 0-2 on the season, dropping consecutive matches to ranked opponents.

Doubles play set the tone for how close the match was as Kentucky squeaked out the doubles point. The Wildcats claimed the first doubles match with a 6-0 victory in the No. 2 doubles slot. However, Dimitri Badra (Maracay, Venezuela) and Thiago Pernas (Buenos Aires, Argentina) evened the playing field with a 6-3 victory of their own in the bottom doubles position. ETSU had the chance to claim the doubles point as Frazier Rengifo (Cali, Colombia) and Juan Sebastian Zabala (Guayaquil, Ecuador) were ahead 5-4 in their match. However, the Wildcats rallied to win three consecutive games to claim the 7-5 victory in the top doubles position, securing the early 1-0 lead.

Kentucky quickly stretched its advantage to 3-0 with straight-set victories out of the No. 2 & 4 singles position.

Badra then put the Bucs on the board for their first point of the season, earning a 6-4, 6-4 win in the No. 3 singles slot, besting Gabriel Diallo.

The match was clinched by Kentucky in the top singles position as Liam Draxl upended Rengifo in straight sets (6-2, 7-6(5)) despite Rengifo holding a slight advantage midway through the second set.

With the match clinched, the final two singles battles went into a super tiebreaker with ETSU coming out on top in one of the final two duels. Zabala claimed his first singles win of the season following a three-set thriller over Mathis Moysan, 4-6, 6-3, 1-0(10-6).

ETSU will be back on the court on Sunday, Feb. 7 at William & Mary in Williamsburg, Va. The Bucs were originally scheduled to play VCU on Friday, Feb. 5 but that match was called due to COVID-19 concerns within the Rams’ program.