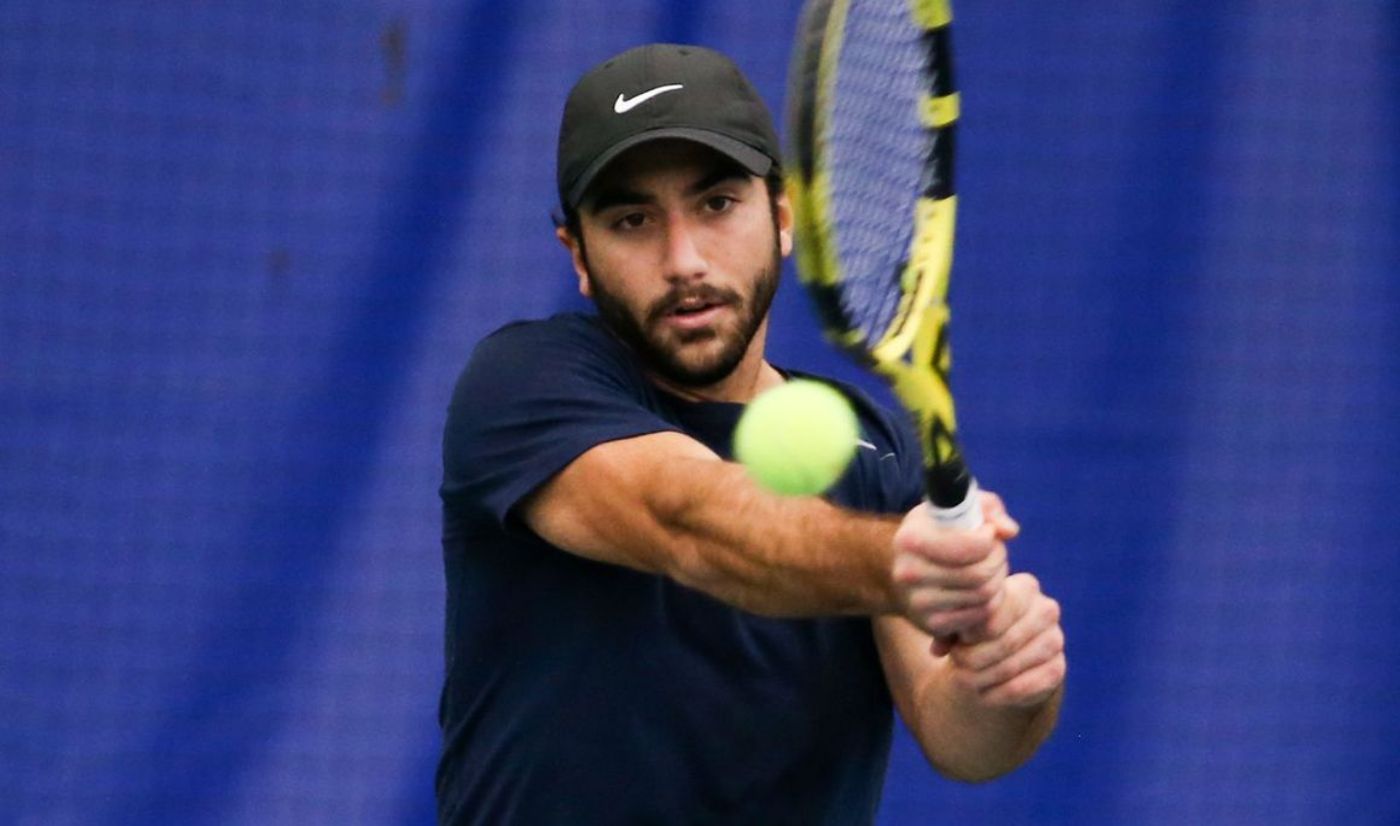 SPARTANBURG, S.C. (Feb. 4, 2021) – For the first time in his young collegiate career, Dimitri Badra (Maracay, Venezuela) was honored as the Southern Conference Men’s Tennis Player of the Month for January. The award was announced by the league office on Thursday afternoon.

Badra and the Bucs began their season on Tuesday, Jan. 19 and Sunday, Jan. 24 with a pair of ranked losses to No. 13 Tennessee (7-0) and No. 25 Kentucky (5-2). Despite the losses, ETSU was able to take away some bright spots from the week, most notably the performances from Badra.

The redshirt-sophomore began the season with a doubles win on Tuesday, Jan. 19 against the Vols, besting Joel Gamerov and Giles Hussey (6-3) in the No. 3 doubles slot alongside teammate Thiago Pernas (Buenos Aires, Argentina).

In Sunday’s match against Kentucky, Badra was responsible for yet another doubles victory, while also earning the first point of the season for the Blue & Gold. Badra began the match with a 6-3 win in the No. 3 doubles position over Millen Hurrion and Ying-Ze Chen. The Venezuela native then kept his momentum, knocking off Gabriel Diallo in straight sets (6-4, 6-4) from the No. 3 singles position to secure ETSU’s first singles victory of the season.

Badra and the Bucs will return to action on Sunday, Feb. 7 when ETSU travels to Williamsburg, Va. for a showdown against William & Mary at 11 a.m.