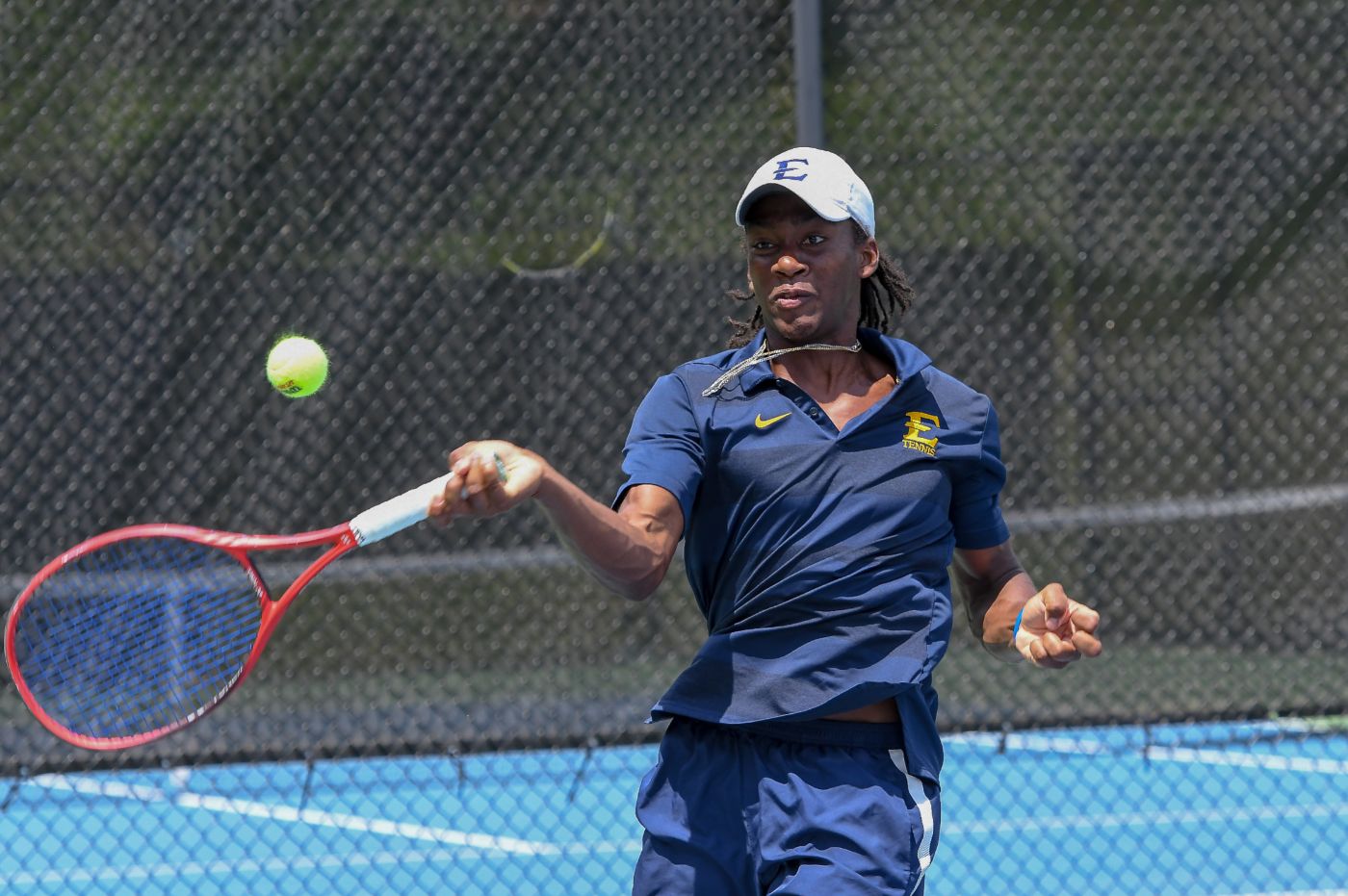 ETSU falls to 0-3 after 4-3 defeat in Williamsburg

WILLIAMSBURG, Va. (Feb. 7, 2021) – The ETSU Men’s Tennis squad dropped a nail-biting 4-3 match on Sunday to the Tribe of William & Mary in Williamsburg, Va. With the loss, ETSU drops to 0-3 on the season, having to wait another match for the first victory of the campaign. William & Mary improves to 1-0 after claiming its season opener.

The coveted doubles point belonged to the Tribe as the host squad captured two of the three matches. The Bucs collected a victory in the No. 3 doubles slot after the Tribe clinched the point out of the top spot. Juan Lugo (Maracay, Venezuela) and Miguel Este (Caracas, Venezuela) secured a 6-4 win over Finbar Talcott and Daniel Pellerito for their first doubles win of the season.

Singles action could not have started any better for the Blue & Gold with quick wins in the No. 1 and No. 3 singles positions. Frazier Rengifo (Cali, Colombia) kickstarted singles action with a 6-3, 6-0 win over Sebastian Quiros in the top spot, the first singles win of the season for Rengifo. Dimitri Badra (Maracay, Venezuela) put the Bucs on top with his second singles victory of the young season. The reigning Southern Conference Player of the Month dismantled Joseph Brailovsky in straight sets, 6-4, 6-0 to give ETSU the brief 2-1 edge over the Tribe.

William & Mary gained momentum and spoiled ETSU’s chances of its first win of the season as the Tribe claimed three consecutive singles victories to claim the 4-2 advantage. The Tribe evened things up at two apiece with a straight set victory in the No. 6 slot before the drama ensued.

The final three matches of the contest were extended into a third set, setting up a dramatic finish. The Tribe’s George Davis claimed the first three-set victory (2-6, 6-4, 6-4) to snatch a point, despite dropping the first set. Brenden Volk sealed the victory for the home squad, despite dropping the second set, defeating Milo Bargeron (Chislehurst, England), 6-4, 3-6, 6-4.

With the match in hand, the final victory belonged to the Bucs as Thiago Pernas (Buenos Aires, Argentina) came from behind to win a three-set match of his own. Pernas upended Pellerito in the No. 4 slot, 4-6, 7-5, 6-4 to seal the 4-3 score in favor of the Tribe.

ETSU will return to action for a North Carolina road swing beginning on Friday, Feb. 12 as the Bucs take on Duke in Durham, N.C. ETSU will then turn around to take on No. 14 Wake Forest in Winston-Salem, N.C. on Saturday, Feb. 13.