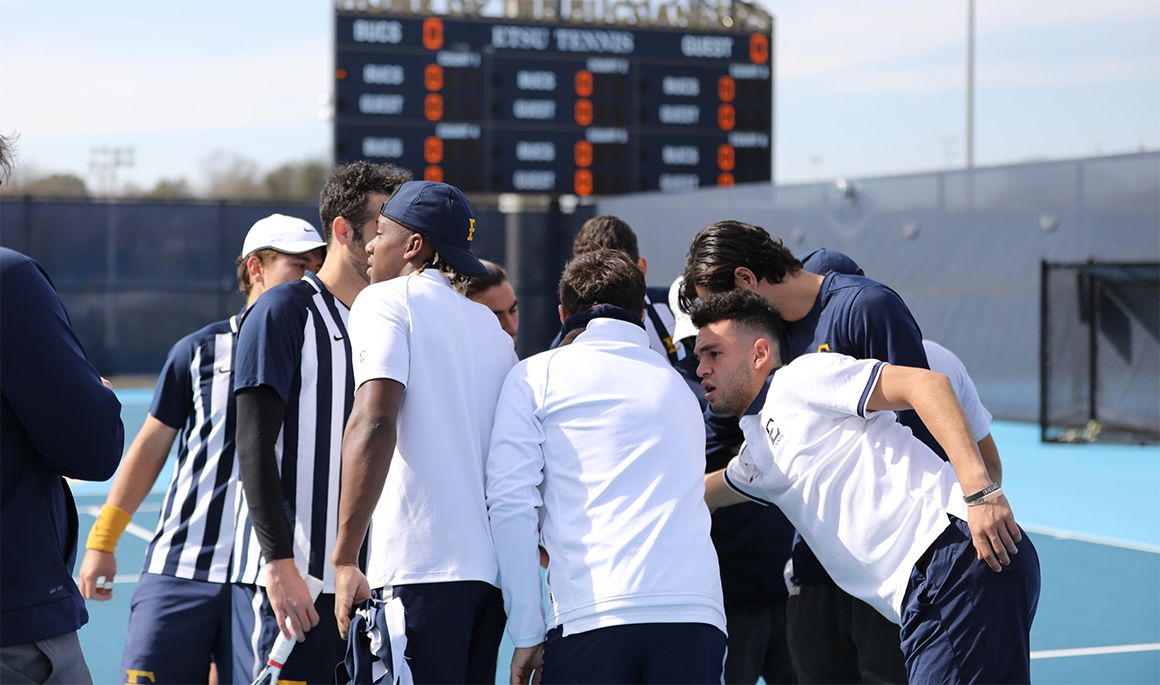 Bucs Geared up for Pair of ACC Matches
Related Links

About the Bucs
ETSU remains in search of its first win of the young season, having most recently dropped its closest match after a 4-3 defeat at William & Mary on Sunday, Feb. 7. With the loss to the Tribe, the Bucs dropped to 0-3 on the season.

The Bucs are 5-13 in singles play, while holding a 3-6 record in doubles action on the year. Dimitri Badra (Maracay, Venezuela) leads the team in singles wins with a 2-1 overall mark, all three matches being played in the No. 3 singles slot. Badra has also excelled in doubles play with a 2-1 record when playing alongside teammate Thiago Pernas (Buenos Aires, Argentina).

Battling the Blue Devils
Duke enters the match with a 2-4 record, having dropped its last two matches to similar foes as the Bucs. The Blue Devils were swept (4-0) by No. 10 Tennessee on Friday, Feb. 5 before suffering a 4-3 loss at the hands of No. 19 Kentucky on Sunday, Feb. 7. The Bucs and Blue Devils have squared off once before with Duke claiming the 9-0 victory on Feb. 24, 1985.

Andrew Zhang and Faris Khan have accounted for seven of Duke’s 16 singles wins this year, with Zhang leading the way with a 4-1 mark. Khan is a perfect 3-0 on the season, competing from the No. 6 singles spot. Duke is below .500 in doubles play as the tandem of Zhang and Edu Güell lead the way with a 3-3 record.

For live stats and live video for Friday’s match, click here. There will be a nominal fee for the live video stream.

What about Wake?
The Bucs were originally set to begin the season at Wake Forest but had to withdraw due to COVID-19 concerns within the Demon Deacons’ tennis program. Wake Forest enters the contest with a 3-2 record and is currently ranked No. 14 in the latest ITA rankings. The Demon Deacons most recently dropped a 5-2 decision to 7th-ranked Virginia on Saturday, Feb. 6.

Wake Forest goes into Saturday’s match with a strong 14-6 singles record, led by three wins from Robert Maciag. Five different players have at least two singles wins on the campaign.