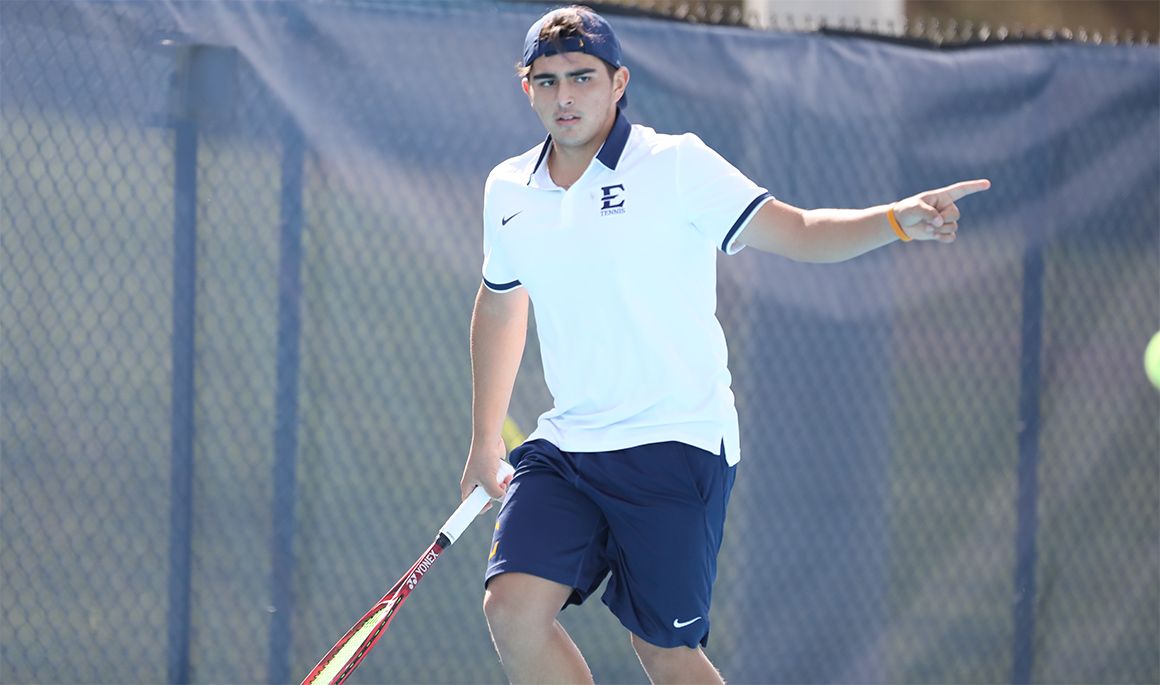 WINSTON-SALEM, N.C. (Feb. 13, 2021) – The ETSU Men’s Tennis squad fell to 14th-ranked Wake Forest on Saturday afternoon, dropping a 7-0 decision in Winston-Salem, N.C. With the loss, ETSU drops to 0-5 on the campaign, including 0-4 against Power Five opponents.

The Bucs put up a fight for the coveted doubles point, but fell just short as Wake Forest claimed a pair of 6-4 doubles victories. The Demon Deacons secured the doubles point by winning matches in the No. 2 and No. 3 doubles slots.

ETSU could not gain any momentum in singles play, dropping all six matches in straight sets. The Bucs were able to take the Demon Deacons down to the wire in the opening set in the No. 1 and No. 5 positions, ultimately falling short.

ETSU will be back in action on Feb. 28 at 1 p.m. when the Blue & Gold open Southern Conference play at UNCG.