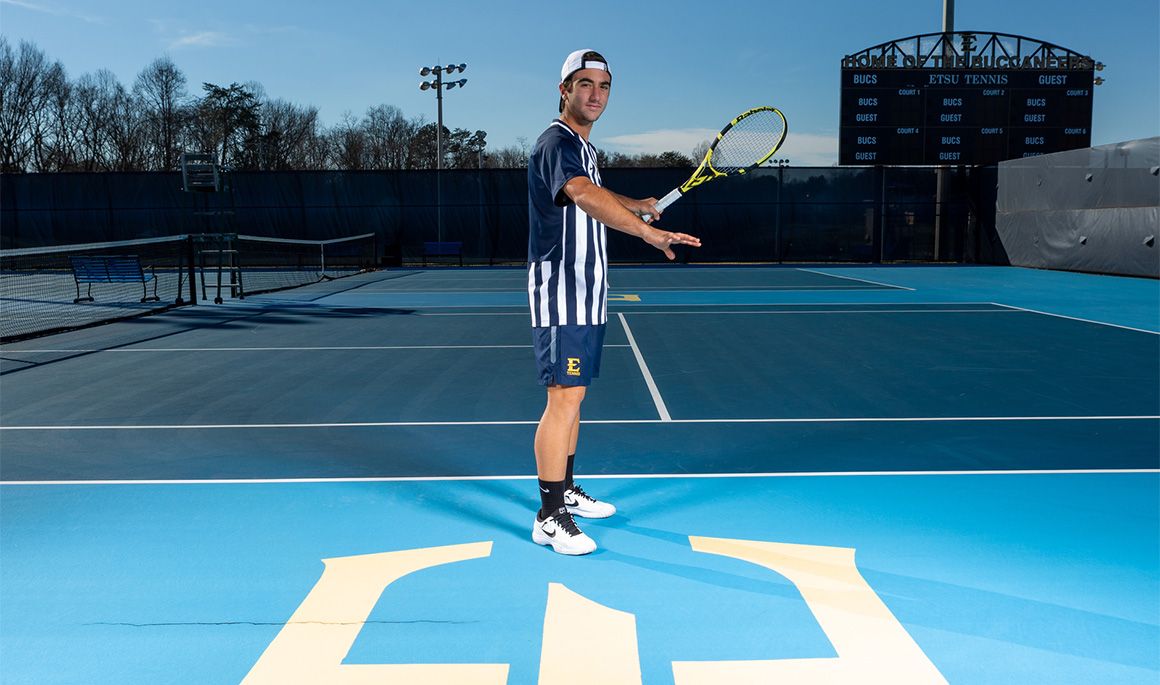 SPARTANBURG, S.C. (Feb. 15, 2021) – For the second time in three weeks, Dimitri Badra (Maracay, Venezuela) has secured another Southern Conference award. Badra claimed the SoCon Men’s Tennis Player of the Week as announced by the league office on Monday afternoon.

Badra picked up another win against a prominent opponent, this time doing so against Duke on Friday. The Venezuela native claimed the only singles win against the Blue Devils, doing so in three sets. Badra captured the first set, 7-6(7-4), before dropping the second frame with a 6-3 score. With the match in hand, Badra played a super tiebreak in the final set, cruising to a 10-4 victory over Edu Guell.

Overall, Badra finished 1-1 in singles play and 0-1 in doubles action, losing both contests against 14th-ranked Wake Forest on Saturday.

Badra and the Bucs will have plenty of time to prepare for their next contest as ETSU will not return to the court until Sunday, Feb. 28 in the SoCon opener at UNCG. The match in Greensboro, N.C. is slated to begin at 1 p.m.