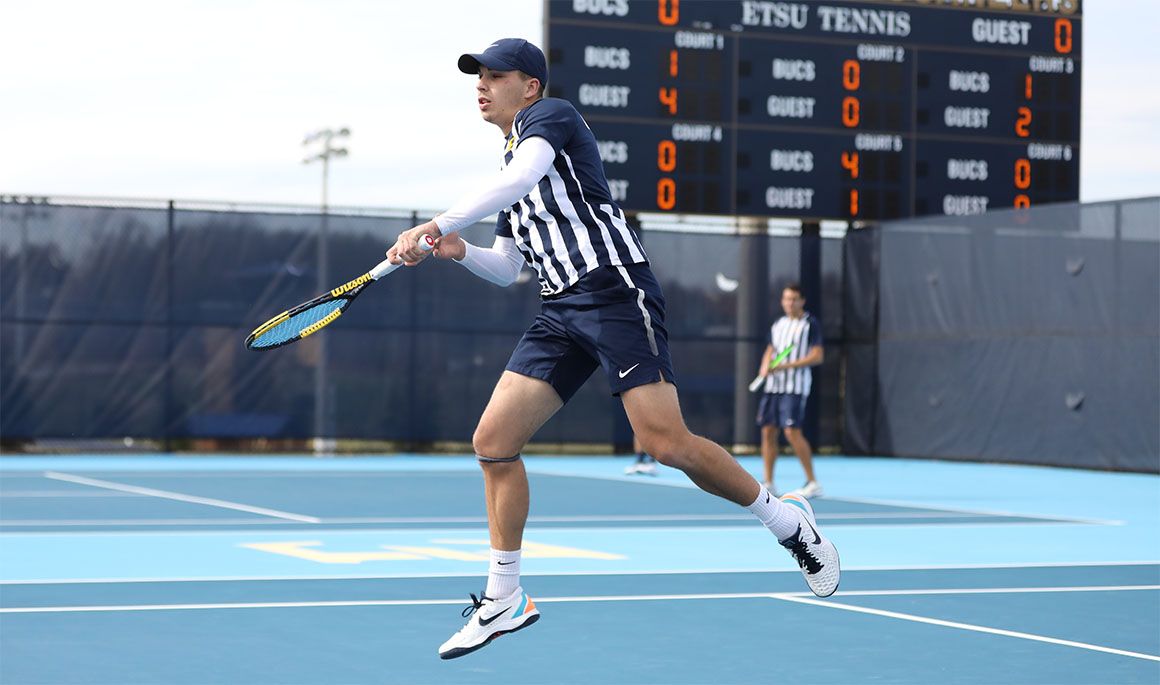 Bucs aiming for first win of the season

GREENSBORO, N.C. (Feb. 27, 2021) – It has been two weeks since their last match, but the ETSU Men’s Tennis team is primed and ready for its Southern Conference opener. The Bucs are headed to Greensboro, N.C. to face off against UNCG on Sunday, Feb. 28 in the league opener. The match is scheduled for 1 p.m.

About the Bucs
The Bucs are still in search of their first win of the season following a grueling first five matches. ETSU is 0-5 on the season, including losses to: No. 13 Tennessee, No. 25 Kentucky, Duke and No. 14 Wake Forest. The Blue & Gold most recently dropped a 7-0 decision at Wake on Saturday, Feb. 13.

Despite being 0-5, the Bucs have received a huge boost from redshirt-sophomore Dimitri Badra (Maracay, Venezuela). Badra is 3-2 in singles play against a studded nonconference schedule, while also boasting a 2-2 doubles mark. Badra has earned two SoCon Men’s Tennis Player of the Week awards and is a likely frontrunner for Socon Player of the Month. The Bucs’ three remaining singles wins belong to Thiago Pernas (Buenos Aires, Argentina), Frazier Rengifo (Cali, Colombia) and Juan Sebastian Zabala (Guayaquil, Ecuador).

Update on UNCG
The Spartans are also in search of their first win of the season, holding an 0-3 record. UNCG has played more recently, dropping a 6-1 decision to Charlotte on Friday in the Spartans’ home opener. UNCG is 0-1 in league play after a 7-0 shutout by Furman on Sunday, Feb. 21.

In three matches of play, the Spartans have earned just two singles wins at the hands of Alexander Zuckerman and Cooper Wyett, both competing at the bottom of the lineup.