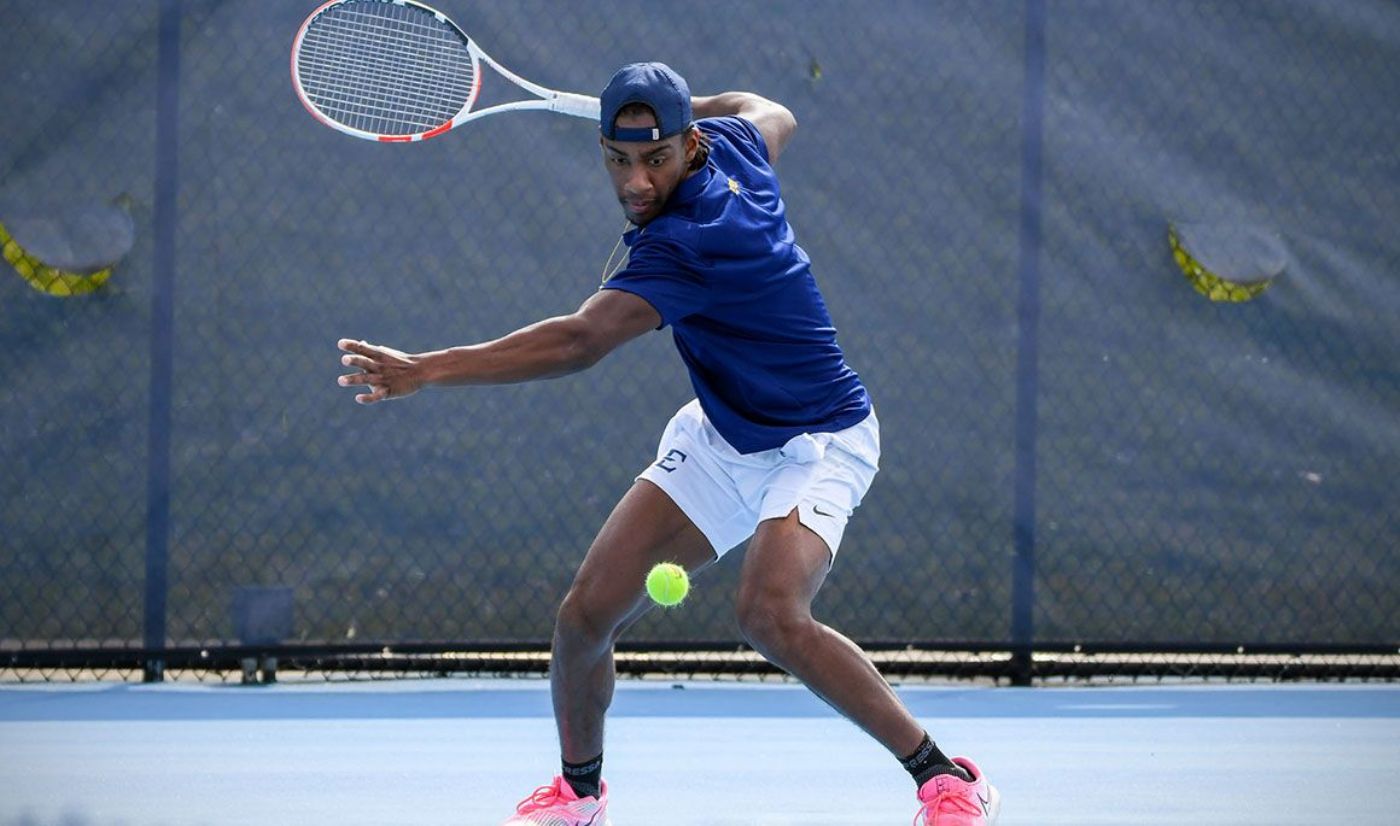 JOHNSON CITY, Tenn. (March 9, 2021) – The ETSU Men’s Tennis team was finally able to play a home tennis match at the Dave Mullins Tennis Complex, walking away with a narrow victory against the Radford Highlanders. The Bucs opened the home season with the 4-3 triumph, improving to 2-5 overall on the season.

The Bucs cruised through the doubles point, a point that proved to be critical in the final box score. All three doubles matches finished 6-2 in favor of the Blue & Gold. ETSU clinched the doubles point in the No. 2 slot with the tandem of Thiago Pernas (Buenos Aires, Argentina) and Dylan Bednarczyk (Toronto, Ontario) providing ETSU with the early 1-0 advantage.

ETSU doubled its lead after Milo Bargeron (Chistlehurst, England) kicked off singles play with his first victory of the season. The Appalachian State transfer earned the 7-5, 6-3 win over Andres Silva in the No. 5 singles position.

The Bucs pulled one point closer to the home-opening win as Pernas laid claim to a straight set victory in the No. 3 singles positon, besting Guilherme Severin, 6-4, 6-3.

The Highlanders would not go away quietly, winning the next two singles battles in the No. 6 and No. 4 slots, cutting the ETSU advantage to just 3-2 with two matches to play.

With the final two matches entering the third sets, the drama picked up at the Dave Mullins Tennis Complex.

Frazier Rengifo (Cali, Colombia) dominated Demis Taramonlis in the opening set, 6-2, before faltering 6-4 in the second set. Meanwhile, Dimitri Badra (Maracay, Venezuela) rebounded from a 6-2 first-set loss to force a third set after a 7-5 win over Yevhen Sirous.

It was the veteran competitor Rengifo that sealed the victory for the Bucs, outlasting Taramonlis in a back-and-forth affair in the final set, 7-6(7-4). The Colombia native’s win pushed the Bucs to the 4-2 advantage over the visiting Highlanders.

Radford nearly pulled off the come-from-behind upset with Sirous simultaneously pulling off a 7-6(7-4) win of his own in the third set over Badra in the top singles position.

The Bucs are slated to travel to Spartanburg, S.C. on Friday, March 12 for a Southern Conference bout with Wofford at 3 p.m. ETSU will then make the trip to Charlotte, N.C. on Sunday, March 14 for a 1 p.m. showdown with the 49ers.